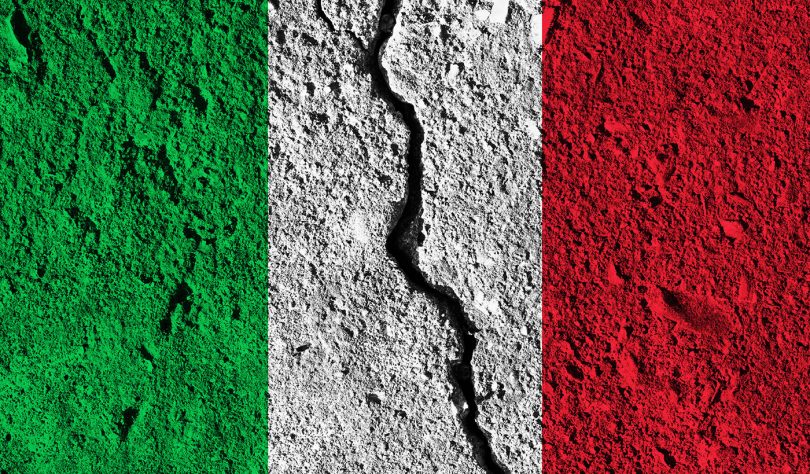 The Italian crisis clearly shows that Eurozone politics are smacking down opposition to postpone catastrophe.  Creating an alternative Italian currency to the Euro would be worth a try: indeed, various ways of breaking up the Eurozone have long been seriously discussed as the only solution to its fundamental economic problems.  But the Italians are being told by their President that there is no alternative: any attempt to escape from the Euro straitjacket would destroy ‘the savings of our citizens’ – the classic threat to a frightened bourgeoisie.

Briefings for Brexit contributors have argued repeatedly that attempts to force Britain to remain in some form of subordinate membership of the EU — its Customs Union, its Single Market, its PESCO (Permanent Structured Cooperation) — not only frustrate the legally expressed choice of the electorate and risk precipitating a political and constitutional crisis in Britain, but do so merely to tie us as tributary to a dysfunctional and dangerously failing institution.

Nothing could underline this point more dramatically than the latest political crisis in Italy.  What the BBC now habitually calls ‘populist’ parties (a term which has seemingly superseded Left and Right as a political descriptor, and which may be translated as ‘critical of the European Union’) have been prevented from forming a government, despite commanding a majority in parliament.  The Italian President refused to accept their nominated finance minister because he was a strong critic of the Euro – something he shares with many leading economists, including at least one Nobel laureate.

For more than a decade now, the EU has used the threat of political and economic chaos to force unpopular policies on discontented countries and if necessary destabilize their elected governments.  There could be two possible logics behind such behaviour.  First, that the EU is heading unstoppably towards the sunlit uplands of integration, harmony and prosperity, thrusting aside ignorant populists blocking the way.  Second, that the EU is threatened with disintegration unless it can smack down all who challenge or defy it, and thus postpone disaster in the Micawberish hope that something will turn up.

The first logic is only plausible if there is a clear prospect of reaching the desired goal.  Do you remember the language that was habitually used?  ‘Missing the European train’, ‘Being in the fast lane’?  How long is it since you last heard that?  Italy has now been stuck in economic stagnation for two decades.  This may originally have been largely the fault of its own politicians (and hence electorate); but that is beside the point now: membership of the Euro makes its economic problems practically insoluble.  Hence growing popular anger with the system.  Spain and Greece are in a comparable position.  Extreme political movements are growing even in the richer northern countries.  What they all have in common is the perception that authority and power are being drained away from elected national governments, and hence from citizens: and this perception is accurate.  Moreover, the EU is clearly not able to command the same legitimacy as national governments, or to use effectively the powers it is taking from them – most obviously, to create the conditions for economic well being and reduce youth unemployment.

All this has now become depressingly familiar, and is not denied even by the EU’s staunchest defenders, such as President Macron, who has even said that ‘we are witnessing a European civil war.’  The most optimistic of them were able to point out in recent months that the Eurozone was growing economically.  Even if such growth were both solid and evenly spread, which is questionable, it has clearly not been enough to satisfy Europe’s voters.

The Italian crisis clearly shows that Eurozone politics are obeying the second logic: smacking down opposition to postpone catastrophe.  Yet creating an alternative Italian currency to the Euro would be worth a try: indeed, various ways of breaking up the Eurozone have long been seriously discussed as the only solution to its fundamental economic problems.  But the Italians are being told by their President that there is no alternative: any attempt to escape from the Euro straitjacket would destroy ‘the savings of our citizens’ – the classic threat to a frightened bourgeoisie.

What of Brexit?  It is too soon to be clear whether its effect has been to shore up support for the EU or to undermine it by making its rulers more frightened of change.  In either case, the Italian crisis adds an important new element, which can hardly be lost on the British public.  Remainers often seem oddly uninterested in the realities of the EU, and blame British Euroscepticism on the exaggerations of the tabloid press.  Can they still say this with a straight face?  Can they still argue that our economic future demands the maximum possible integration with the EU?  Can they still in good conscience use every ploy to subvert the referendum vote?  As Oliver Cromwell might have put it, ‘I beseech you, think it possible you may be mistaken.’