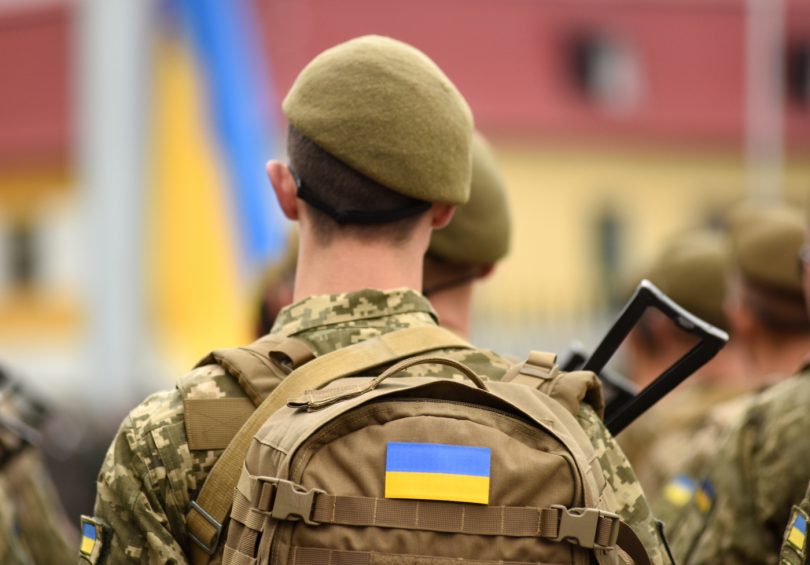 Former soldier and diplomat Adrian Hill reads the runes in the Ukraine invasion. The Ukrainians are fighting back but must be supported with weaponry.

Intelligence officers look for patterns, trends, or something unusual, unexpected, whether politics or warfare. The Russians, believe it or not, added logistics and medical services to their big battlefield exercises before invading Ukraine. That aroused the suspicion of Ben Wallace enough to conclude Putin was going to invade, no matter how many lies he told to the contrary.

Ukraine was supposed to be overrun and annexed three and a half weeks ago. Yes, the Russian Army has grabbed a lot of the frontier regions and three-quarters of its Black Sea coast but they are not much further than at the start. They did not expect serious opposition, let alone well-trained opponents armed with American and British manpad missiles against armour and aircraft.  Russian armoured columns and supply convoys are tied to the road system. That means their movements can be channelled by blowing bridges, which the Ukrainian sappers have done, but left the east to west roads open. The further the Russians advance the longer their logistic lines and the more vulnerable they become. Also, they are lacking enough sappers to throw bridges over rivers to replace those blown.

Social media material shows an army that makes basic tactical errors time after time, errors which I have no intention of revealing on an open source.  This impression is confirmed by British ex-service volunteers, Paras, SAS and Commandos well represented, fighting alongside the Ukrainian Army. Losses of tanks, APCs, artillery and trucks are heavy and about to become worse. Two Ukrainian ladies driving along a main road filmed an ambushed HQ convoy with their phone and made the western front pages. Losses of aircraft and helicopters are rising, ten in one day this week.

As a result, the war crimes are worsening. On Saint Patrick’s Day the media brought us the shocking news about the theatre that was bombed in Mariupol and the Russian shelling that hampers rescue teams.

The pattern I see from the news media is wariness and fear of engaging in street warfare with a Ukrainian defence that’s courageous, effective and waiting for them to enter the trap.  Putin’s cautious war criminal generals employ the same brutal tactics that the Russian army and air force inflicted on the big cities of Syria – bombing until the people are homeless and without food, water and electric power. The pattern seems deliberate targeting of the civil population, particularly their children because the Russian generals believe such cruel misery will sap the resolve and resistance of the population. There is enough material in the media to suggest that intelligence material has warned that Putin and his generals are prepared to use chemical and other banned weapons on Ukraine’s civilians and their children, just as they do in Syria.

Russia now threatens the civilian population with a military tribunal unless the survivors surrender. All the more reason not to, the local people say. Children have been abducted en mass, women and children taken off to camps in Russia. My generation are reminded of Stalin and Beria – the latter came to a sticky end.

How are the Russians faring with their attack Odessa? The Times on Friday 18 March has a very good report from the Wall Street Journal on an attempt to hook north of Odessa by capturing the town of Voznesensk. The Ukrainians were ready with missiles, drones and artillery.  Russia’s 126 Naval Infantry Brigade suffered 400 killed and lost thirty out of forty tanks, APCs and trucks. The small city had nearly a month of war to prepare its defences. So has Odessa. The Russians probably would not attempt an assault from the Black Sea unless ground forces were on hand from east of Odessa. More on this further down.

There is an added complication this week that a ship flying the Estonian flag struck a mine and sank. The odds are that the mine was Russian and for sure the victim belonged to a NATO member country. Already a Russian cruise missile flew all the way to Croatia before it crashed in a field.

The Russian regime is prepared to lose 50,000 of its young people killed to achieve the destruction and occupation of Ukraine. (Letter from Putin to Health Minister lifted from latter’s big desk). On the 21 March they issued new figures for killed and wounded – 9861 killed, 16153 wounded. These numbers are 30% higher than the Pentagon’s estimate. Ukrainian figures put Russian killed and wounded at roughly double the latest Russian figures. I believe the Ukrainians. Putin has about 30,000 more killed to go but by next weekend they’ll be near enough half way. I don’t think Putin’s generals can sustain such casualties and still have an effective army. Squads, platoons, companies and battalions break down and evaporate with this kind of daily loss. The best plan the Ukrainians can follow is to keep the pile of dead Russians rising – because the latest announcement reflects growing disbelief in Russia. Perhaps more than fake news is getting through to the population.

The Russian officer corps, who obey Putin, set about the destruction of a prosperous, democratic neighbour simply because Ukraine might give the Russian people ideas above their serf status. There are signs that the Russian follow up forces are from ISIS, Chechnya, the FSB and the GRU – the task of the last two is to eliminate by one means or another all who have resisted the Russian invasion. Whether they have the numbers to do this to a country with over forty million people is open to serious question. Meanwhile the locals who live near the coast must suffer shelling from Russian warships.

Overall, the impression is that Putin is no military genius nor are those closest around him. There are capable senior officers in the Russian Army. That’s why four have been killed already trying to sort out the stalled invasion.

Another sign is the employment of hypersonic air launched missiles. The Russians are opening their box of tricks although they have used these missiles in Syria during the last few years. The US Navy can defend its surface ships with the SM 6 missile against ballistic missiles carried by the Arleigh Burke class destroyers. Six of this class are presently in the Mediterranean. The SM 6 can protect US ships from low flying hypersonic missiles according to Admiral Jon Hill – though I suspect work is going on to speed up a new missile. Contracts have been awarded.

General David Berger, Commandant of the US Marine Corps thinks the Russians may have relied too much on computer trial runs which tell you everything save the human element. The Marines are looking into why there has been no attempt to land an invasion from the Russian task force off Ukraine. My suggestion why, given above, may be right but another possibility is that the Odessa threat from the sea is a hoax. The actual reason could be that a large proportion of the Ukraine Army is engaged against the Russians in the east, those breakaway statelets and the Black Sea coast. Russia’s generals might be tempted to cut them off. The Ukraine staff are aware of this threat which is probably why they haven’t blown the east west bridges.

This has been a tough week for the Ukraine but they’ve come out of it with great credit. I just hope Zelenski is talking to the Russians to string them along because if he keeps his nerve the Russians will collapse and run. Ukraine’s close quarters infantry tactics are bold and battle savvy, making the maximum exploitation of the latest manpack missiles against aircraft and helicopters, and cruise missiles. Biden will send a further 9000 anti-tank missiles and 800 long range drones. But they don’t control the sky and that’s why Zelenski keeps on urging a NATO no flying zone.

The Ukrainian Army and militias have performed exceptionally while defending their cities and towns. What is less clear is whether they can put together a ground force that can manoeuvre across their country and outflank the Russians in a situation where the sky is contested. The fight for Voznesensk is evidence that they can.  Reports that they are attacking the longer Russian lines of logistics and communication also point to an ability to move forces over the battlefield, arrive in good order at the right place, ambush and withdraw.

The key now is to ensure that the Ukrainians have enough armaments. They say they are running out of anti-tank and anti-aircraft missiles but Ben Wallace and MOD sources are confident they can meet all demand even if Scholz has not delivered what he promised. More help is needed in the form of effective means of long range strike and those Migs from Poland. Likewise, some form of small fast patrol boat or drone to take out the Russian naval group in the Black Sea would help.