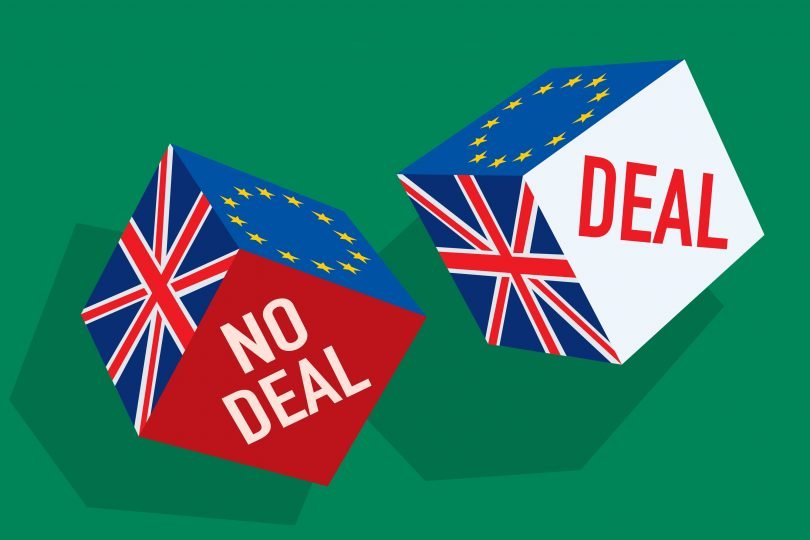 The lot of a Brexit commentator is not an easy one. Just as you have absorbed the news that the government has cancelled your Christmas plans due to a mutation of the Covid-19 virus, along comes the EU, led by their Covid-stricken general Emmanuel Macron, to consign your evening plans (trash telly and a stiff drink) into the bin with another twist in the Brexit trade talks. Yes, those talks – they should have ended two months ago, last week and at midnight, but now look set to continue right up until 11.59 p.m. on 31 December (as this commentator has long predicted).

France is mounting a new Continental blockade against the UK over Brexit the “mutant” covid virus, which has been circulating in South-East England for a few weeks now, by issuing a decree which makes Boris Johnson’s threat to break international law “in a limited and specific way” if necessary look very tame indeed. Despite the fact that during earlier lockdowns freight traffic between the UK and France continued as normal – as you would expect under the free movement of goods rules in the Treaty on the Functioning of the European Union – with freight handlers and lorry drivers simply subjected to rigorous Covid testing, the French have now suspended for 48 hours all accompanied goods traffic as well as passenger traffic from the UK whether by air, sea, rail or road. This is a clear case of a disproportionate response to a health threat – goods are not in themselves spreaders of the virus, and their handlers can be subject to strict testing regimes. The timing of this unwarranted restriction – something of a unilateral French measure, although it may well become EU-wide after a crisis meeting of EU27 ambassadors in Brussels on Monday, is significant. We are just ten days away from a WTO Brexit and President Macron consulted Angela Merkel, Ursula von der Leyen and Charles Michel before announcing the blockade – in other words, the usual suspects when it comes to Brexit talks. It would appear that the aim is to bring Boris Johnson on his knees to the negotiating table before Christmas, begging to sign a very, very bad deal indeed.

This is because trade talks have been going backwards rather than forwards since the French threw a whole heap of unreasonable demands onto that table at the beginning of December. And despite Michel Barnier’s apparently conciliatory tweets that the UK can make its own laws (thanks, but we don’t need the EU’s permission to do that), and EU press briefings that progress has been made, Lord Frost has been implacably holding to the UK’s red lines that any agreement must allow the UK to regain control of its laws and territorial waters. UK government sources have been clear that wide gaps still remain on key points, not just fish, and their statements are supported by news from France.

While Emmanuel Macron has been isolating in the presidential retreat at Versailles, his Europe minister Clément Beaune has been touring the airwaves – and he has specifically mentioned the level playing field and state aid as outstanding areas of disagreement. In an interview on France Inter on 19 December he was clear that France “will not agree to a deal which is not in our interests” and that the EU is still demanding dynamic alignment on the level playing field: “if the British do not respect European rules whilst having access to our market, then that is a very dangerous situation for our businesses and is unacceptable”.

Several EU member states are getting very worried about no deal and the tariffs their exports will face from 1 January (Belgium recently worked out it would be paying €1 billion in customs duties on its exports to the UK), and have been pushing Barnier to compromise. EU hardliners, however, want him to string out the talks for as long as possible, because they have bought into the French theory that the Prime Minister will buckle on 31 December and sign anything that is put in front of him. And if he doesn’t sign then, he will go crawling back within a few months to capitulate anyway. Meanwhile a brief period of “technical no deal” will be paid for from an EU fund and it will all work out just as the French want in the end, with the UK as a neutered vassal state. This strategy is discussed openly in the French political press by people blithely unconcerned about the potential negative impact on French exporters and France’s healthy €13 billion annual trade surplus with the UK.

However, the closer we get to New Year’s Eve and a WTO exit – which at a stroke frees us from following EU rules for all eternity – the more politically impossible it becomes for Boris Johnson to surrender as his predecessor did. EU politicians ought to remember that he won a big majority precisely because he was not Theresa May… And every trade agreement under WTO rules which the UK signs (58 to date) also makes it even more difficult for us to agree to dynamic alignment with the EU, because we cannot be constrained by EU rules in our trading relationships with third countries.

But still the EU persists with a game plan which has been obvious for months. Germany seems happy to go along with it, probably because Angela Merkel cannot afford to accede to French demands on the mutualisation of Eurozone debt, the only possible bonus that might make a pragmatic FTA acceptable in the Elysée. And so, convinced that Britain is “desperate” for a deal – but perhaps concerned that the UK is still refusing to compromise on its red lines – has Emmanuel Macron now decided to up the ante by using a new strain of coronavirus as an excuse to give us a foretaste of life under a Continental blockade? How he would be able to extend such a blockade under international law after 1 January is another matter – but one thing is clear, it is far more likely to lead to the repudiation of the Withdrawal Agreement and a cold war than the vassalage treaty he wants. The one thing Britons are good at is doing precisely the opposite of what they are ordered to do by France.

So once more unto the breach, dear friends, once more….