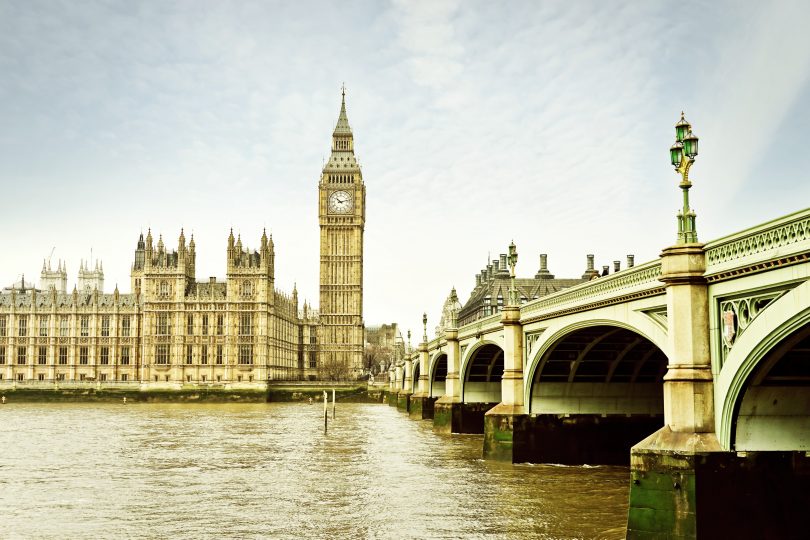 The absurdity of Project Fear during the 2016 Brexit referendum campaign has been more than amply shown up for what it was. Indeed, it is very likely that it actually caused more people to vote for Brexit than would have been the case if the Remain campaign had presented the public with a set of rational arguments and supporting evidence. However, it is abundantly clear that the Remain campaign has learnt nothing from its disastrous miscalculation because the People’s Vote demonstration in London, on June 23rd, (supported, so they claim, by 100,000 people), provided the public with an even more explicit use of visceral emotion, absurdly unfounded claims, and delusional thinking, characteristics which are so often apparent when individuals abandon their commitment to the use of reason and evidence.

Caroline Lucas, the Green Party co-leader told the crowd that Brexit “will be a disaster for this country”. There is zero evidence to support this statement. It is an assumption about the future which is driven by fear. Rational people know perfectly well there will be various kinds of disruption when we leave the EU, as there always is when any major change takes place, but a disaster? Lucas provided no evidence to support this claim, but of course “disaster” is a word which has a powerful capacity to stir up fear in people. Lucas would command rather more respect if she stopped trying to replay Project Fear and engaged with the evidence.

According to the Huffington Post, the actor Tony Robinson said he attended the demonstration because he had a “deep and abiding love for my country”. That’s fair enough. There is nothing wrong with patriotism. Indeed it is a very brave statement to make given the fashionable sneering which such a concept so often provokes. Unfortunately, what he then said was absolutely extraordinary: “I am deeply offended that the world has been hijacked by a few reactionary colonialists….who pedal the fantasy of a UK that never existed, except perhaps in the imaginations of their nannies and parlour-maids”. Hijacked? That word means taken by force, usually accompanied by threats of, or actual use of, extreme violence. Where is the evidence of the Brexit vote being the result of the use of force and violence? Reactionary colonialists? Who are they, and what are they? Are Brexiteers reactionary? Is that the word Robinson would use to describe anybody who disagrees with him about anything? Is there a shred of evidence that they are colonialists? Would most of them even know what a colonialist is, or was? Indeed does anybody have a rational definition of what a colonialist is? But of course, “reactionary” and “colonialist” are typical of the language used to frighten people. They may well not know what the words really mean, but they know somebody is telling them that they should be afraid of the sorts of people such words are used to describe. This is absurd rhetoric, and as for the nannies and parlour-maids, who are they, and where are they? This is the 21st century.

Gina Miller, who used the legal system to require parliamentary approval for Brexit negotiations to begin, (which parliament duly voted for), told the crowds that the country needed to be able to demonstrate to future generations that it “stood up and shouted for a country that’s together, kinder, tolerant”. But what, exactly do any of these words actually mean? What can she conceivably have in mind about Brexit which she believes is making the country more unkind and less tolerant? After all, much of the abuse and intolerance has actually been directed at Brexiteers, by many Remainers, as we can see from Tony Robinson’s comments. Miller went on to say that “it is time to take this back to the streets and lanes, the towns and villages, the meadows and the squares of this country. It is time for you to decide, to take back control”. But what is it that she wants taken back to the streets? Brexit was a referendum about taking back control. The majority voted that parliament should do just that. Miller went on to accuse parliament of being “simply dishonest” in believing that “the will of the people is the same as it was two years ago”. But all the polls show that the will of the people is much the same, and in any case accusing parliament of acting dishonestly is absurd, not least because there are 650 MP’s. Does she think there is some kind of conspiracy to lie to the electorate? By some of them? By all of them? Calling into question the integrity of other people, purely on the basis of a subjective assumption, and without any evidence, is regrettable to say the least, and at worst it is a lamentable form of demagoguery designed to cynically manipulate the perceptions of a crowd.

The London Evening Standard reported that a demonstrator who was born in the UK, and who had gone to the Netherlands to work, had come back to take part in the demonstration to “show what a European looks like”. What does this mean? Europeans don’t look any different from citizens of the UK. The paper went on to report a university academic as saying that younger people “want jobs, they don’t want to sing Elgar”. What does this mean? The proportion of the population who even know who Elgar was, or what he did, is likely to be very small, given that he died in 1934. Is there any evidence of more Brexiteers than Remainers singing Elgar? A poll at the Last Night of the Proms on 8th September will tell us quite clearly how many Brexiteers and how many Remainers did, or did not, sing Land of Hope and Glory, the music of which is indeed by Elgar, though the lyrics are by A.C Benson. Here is a golden opportunity for People’s Vote to provide us with some convincing evidence of one of their arguments. They need to be aware, though, that surveys can sometimes produce very unexpected outcomes.

Amongst some of the most absurd comments about the demonstration were those made by Tessa Milligan in the Independent. The title of her article was “the march for a people’s vote shows just how many of us are disillusioned with Brexit”. Well, yes 100,000.This is a somewhat insignificant figure when set against a vote in favour of Brexit by 17,410,742 people in the 2016 referendum. Milligan reported that “people sang, chanted and whistled in a demonstration of solidarity”. But people always do that on demonstrations: it’s all part of the theatre and a good day out. So what about reason and evidence? According to Milligan “over the past two years, people have become increasingly disillusioned with Brexit”. What the evidence actually shows is that people are not disillusioned with Brexit itself, but with how long the process is taking, as a result of the endless shenanigans being played out, and that what most people really want is the government and the EU to get on with it. Milligan believes “a people’s vote is about reality versus mythology”. Indeed it is. It is about the reality of the EU now openly heading towards becoming a super-state, as detailed by French President Macron, in a desperate attempt to save itself from the dysfunctional state of affairs it has got itself into. The mythology lies in the assertion that if we stay in the EU it won’t make any difference to our sovereignty. Milligan also claims that “it has dawned on young people like me that we will be paying for Brexit our entire working lives, since it is estimated that the divorce bill alone will not be paid off until at least 2064, and the Brexit dividend has proved to be non-existent”. Where is the evidence for these two absurd claims? And how can something which is going to happen in the future be “non-existent”? Apparently “the British people took back control of the Brexit debate” by staging this demonstration, and it is “pivoting Brexit towards a democratic vote on the final deal”. Wishful thinking? Evidence? As somebody writing for a serious newspaper Milligan should understand the difference between subjective assumptions and empirical evidence, but on the basis of these statements it is tempting to wonder whether she does.

Open Britain claims that several polls have shown a swing towards a majority who would now vote to Remain, but in one of their own poll results they stated that “63% of people supported the public having a vote on the final Brexit deal”, followed by the damning qualifier “once the don’t-knows were stripped out of the results”. That is a kind of statistical manipulation which is quite reprehensible, because the actual figures were 52% in favour, 31% against and 17% don’t-knows. The evidence is that the majority of people oppose a second referendum, but of course the People’s Vote campaign has been playing semantic games for months now, denying that they are calling for a second referendum, and claiming instead that they just want a “vote” on the Brexit outcome. What is the difference between a referendum and a vote?

All in all this is a truly lamentable commentary, not just on the way the Brexit debate is being conducted publicly, but on the overall state of public debate in the UK. When the language used in a debate is designed to instil fear in supporters, to insult and denigrate opponents, and when such language is supported by absurd and unsupported claims, one can only assume that people who behave in such a way have abandoned reason and evidence in favour of the use of fear and abuse, in a desperate attempt to win public support. Project Fear was a disaster for the Remain campaign in 2016: the People’s Vote campaign has not only resurrected Project Fear, it has added Project Absurdity.