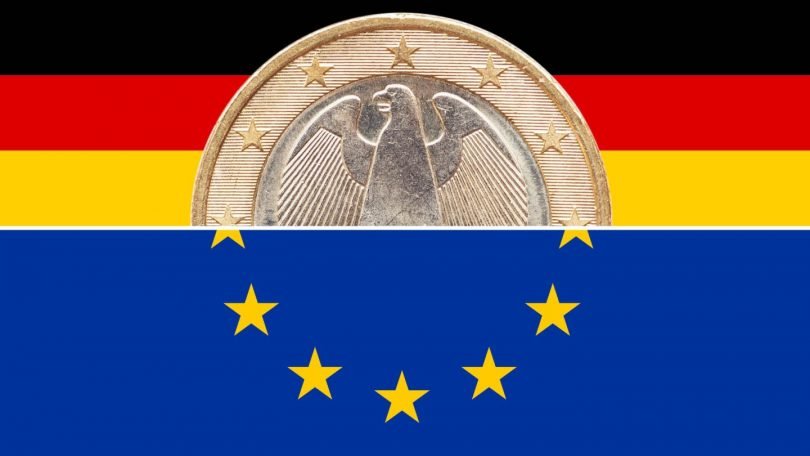 Christine Lagarde and Emmanuel Macron plan to use the covid-19 crisis to get German taxpayers to pay for European political union under French leadership using the Target2 cross-border payments system.

The Economist published an article on 28 November 2020 entitled ‘Christine Lagarde is taking the ECB out of its comfort zone’. It congratulated her on her first year as head of the European Central Bank: ‘The bank has acted decisively, avoiding the mistakes of the financial crisis of 2007-09 and the sovereign-debt woes of 2010-12. Since the start of the year, it has injected stimulus of €2.2trn into the economy’.  Later in the article, it explains how it did this: ‘The ECB’s ammunition was sorely depleted even before covid-19 struck. Its benchmark deposit rate was -0.5%, and it had been buying government and corporate bonds through its quantitative-easing (QE) scheme since 2015. But the bank warded off a credit crunch earlier this year by ripping up self-imposed rules. Instead of buying a country’s assets in rough proportion to the size of its GDP, it has bought more of those of Italy and Spain’.

What the article does not do, however, is explain the wider implications of this. To understand these, we need to look at what is happening in TARGET2, the Eurozone’s cross-border payment system. Its use is mandatory for the settlement of any euro transaction involving the ECB and the national central banks of the EZ member states. 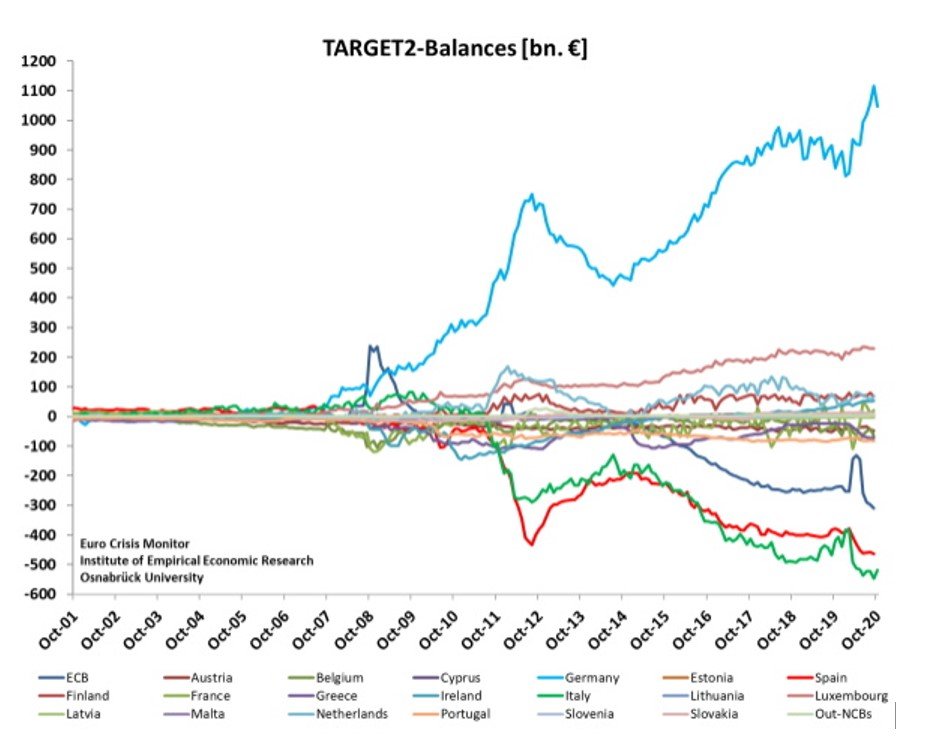 This is all part of the plan by President Emmanuel Macron and Lagarde, a former French Finance Minister, to get Germany to pay for the political unification of Europe – under French leadership.  A necessary prerequisite for political union is fiscal union and this, in turn, requires the mutualisation of the national debts of the member states – with each member state’s debt being guaranteed by every other member state. But in practice, this means all member states’ national debts being guaranteed by Germany. Germany has resisted this until now.  But it is apparent that Macron and Lagarde are using the cloak of covid-19 to force the mutualisation of member state national debts by the back door – with German tax payers paying for this.

I have previously argued* that TARGET2 is being used to save the Eurozone from imploding. It is now clear that Macron and Lagarde are using TARGET2 for a completely different purpose.  It is equally clear that German tax payers are not aware of this, otherwise they would surely object.