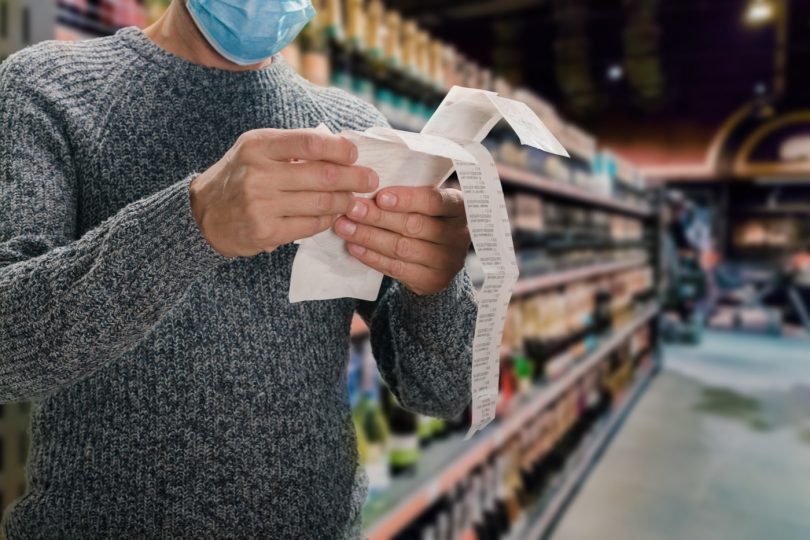 The cost of living crisis brought about by rocketing energy and fuel prices is in the news on a daily basis. But no one in Whitehall seems willing to admit that the Northern Ireland Protocol has seriously hampered the government’s efforts to mitigate its impact.

Some MPs, like their constituents, probably don’t know the real reason why domestic energy bills cannot be zero-rated for VAT. Those who do probably hope that the ‘social justice’ or ‘levelling up’ redistributive solution of council tax discounts and direct financial support will hide the ugly truth – which is that domestic UK tax policy is now effectively being set by the EU through the Northern Ireland Protocol. One cannot help remarking that the successive departures (most of them involuntary) of key Brexit advisors from Number 10 has led to this unacceptable state of affairs. Unless the PM takes his own advice to “prenez un grip” and get on top of this brief, things are only going to get worse. For so long as the Protocol remains, Brexit will not be ‘done’ (let alone dusted) and we will never take back control of our laws.

It doesn’t get more real when it affects how much people can afford to pay for everyday essentials.

While the Prime Minister and his Number 10 aides pirouette on a sixpence to obfuscate the full details of their lockdown parties, their dedication to the actual business of government has been disastrously compromised. They appear to be too busy trying to salvage their own careers to care that by edging out Lord Frost and failing to trigger Article 16 last December according to his negotiating timetable, crucial decisions on British tax policy have now effectively been outsourced to the European Commission.

The Prime Minister is on record as saying during the referendum campaign that post-Brexit, the UK could scrap VAT on energy bills, which was first imposed as part of Single Market harmonisation rules. But in a Commons debate on 5 January this year, he struck a very different note, flatly refusing to remove VAT on energy bills even though consumers are faced with an unprecedented cost of living crisis.

This highly significant U-turn was in fact of very recent date; just weeks earlier, after much discussion in Whitehall, the Treasury had decided to start preparing legislation to zero-rate VAT on energy bills. By early January, the proposal had been shot down in flames, because the Protocol would not allow the government to apply the zero-rate in Northern Ireland. And the government did not want to drive a further wedge between Northern Ireland and the rest of the country by cutting VAT only in Great Britain.

So, not only has an EU tax imposed under the Protocol exacerbated the cost of living crisis faced by the citizens of Northern Ireland, it has also directly impacted the entire population of the supposedly independent United Kingdom.

How did this come about?

Under EU law, once a good or service has been subject to VAT, it cannot be exempted, nor can the rate be reduced, except with the unanimous consent of all EU member states. This law no longer applies in England, Scotland or Wales, where the VAT regime is covered by domestic legislation. However, Northern Ireland is still subject to the full panoply of EU VAT law by virtue of Annex 2 of the Protocol. And although EU VAT law only applies to goods in Northern Ireland, not services, supplies of gas and electricity are classified as goods and are thus subject to VAT. Therefore, without the agreement of Brussels, VAT rates in Northern Ireland cannot be cut or modified in any way.

Rightly, or (in the author’s view) wrongly, it seems that ministers were persuaded not to test the matter by seeking discussion and agreement for the VAT cut with the EU (plenty of member states have brought in measures to cut VAT on energy bills this winter), or by pressing ahead with the VAT cut anyway and making full use of the political fallout when it was blocked by the Commission. “EU STOPS BORIS REDUCING YOUR HEATING BILLS” would have been a great headline to gain traction in tough negotiations on the Protocol, putting the EU well and truly on the back foot. Instead we had “BORIS REFUSES TO CUT VAT ON YOUR HEATING BILLS”, an outright gift to the Opposition and to Brussels.

Continuing drift and political failure on the Northern Ireland Protocol by the government is a pressing and serious concern. The causes are legion, but can often be traced to ministers who accept bad policy advice based on unchallenged legal opinions. An absolute inability to seize opportunities to further negotiations offered by red hot policy issues is painfully apparent in Whitehall. Clear political choices are instead presented as impossible (even unlawful) by the deployment of pages of legalese, instead of facilitated by a checklist of what is required to make them happen. It is a good minister’s job to cut through the waffle and devise mitigating strategies to work out when and how the law needs to change to meet policy objectives, because the line of least resistance is the one usually proposed by the civil service. Strong ministers fight and push their policies through. Weak ministers turn into Jim Hacker clones, condemned to perpetual stasis by their very own Sir Humphrey (him/her/undecided). It is against this backdrop that the Northern Ireland Protocol has evolved into a giant octopus whose tentacles creep into every area of economic policy.

Political failure on the Northern Ireland Protocol dates back to the May era and the old backstop, when Ollie Robbins and Michel Barnier were very happy to use it to keep the entire UK under EU VAT law. During the renegotiation in October 2019, the British position changed. The government wanted to remove Northern Ireland from the EU VAT regime along with the rest of the UK. Dublin objected because its importers would have to switch to accounting for import VAT instead of acquisition VAT on their trade with Northern Ireland (even though GB trade with the rest of the EU has adopted this model). Why our negotiators ceded this critical point is mystifying. The original negotiating position was correct – VAT has absolutely nothing to do with avoiding a hard border on the island of Ireland, and Northern Ireland should therefore not be subject to tax laws over which its citizens, the Northern Ireland Assembly and the British government have no say. The fundamental principle of no taxation without representation is clearly violated by the Protocol.

Fast forward to January 2022, and this political failure has been compounded by the people now at the heart of the Number 10 policy machine. Instead of turning the energy crisis to good account, highlighting the impossibility of reducing VAT on heating bills in Northern Ireland in order to force it to the top of the domestic agenda and put pressure on the EU in Protocol talks, it was brushed under the carpet with a lot of waffle about social fairness and giving help only to the needy. We now have welfare payments instead of a beneficial tax cut on consumption which could have provided a boost to the whole UK economy, simply because the government refused to take the fight to Brussels. And rather than trumpeting a big policy win on the Protocol and the cost of living crisis, the headlines are all about Partygate and who did or did not dance to ABBA in the PM’s flat.

Unfortunately, the PM’s new hires of inexperienced advisors with no experience in dealing with the EU means that the Northern Ireland Protocol is likely to remain a constant deterrent to effective policy making, severely curtailing  ambitions for Global Britain.

There are major revisions to EU VAT law, the Energy Directive, excise law as well as the Carbon Border Tax in the pipeline which Brussels will certainly try to foist onto Northern Ireland via the Protocol, because that way the EU can constrain UK domestic policy and achieve the dynamic regulatory alignment it failed to achieve with the TCA.

The Gibraltar and Cyprus Protocols to the Withdrawal Agreement both lapsed at the end of the transition period. Gibraltar still has no new agreement in place with the EU, and yet it hasn’t tumbled into the Med. It is time for the British government to end fruitless talks to make the Northern Ireland Protocol ‘work’, and focus on ditching it altogether (as is allowed for in the Protocol itself), replacing it with a smart border for goods.

Otherwise the failure to cut VAT on UK energy bills will be the least of all the Protocol tax traps to come.