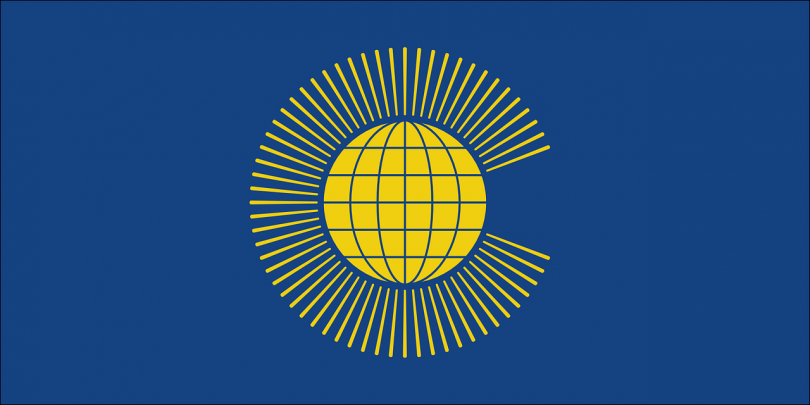 Former Deputy Secretary General to the Commonwealth, Sir Peter Marshall, describes what he feels the Commonwealth means and looks forward to a trading future associated with the Trans-Pacific Partnership which already includes most of the Old Commonwealth

The Centenary today of the Burial in Westminster Abbey of the Unknown Warrior has a particular Commonwealth resonance.   The tomb lies in the nave of the Abbey, aptly described as “one of the world’s great institutions”, with its unnumbered Commonwealth links and associations.  It is  the symbol of the 1.7 million – yes,  1.7 million – men and women of the Commonwealth who gave their lives in the Great War and World War II,  and whose graves and memorials are lovingly tended by the Commonwealth War Graves Commission in 23,000 –  yes 23,000 – locations all over the world.  It is the record of courage, comradeship, steadiness, sacrifice and slaughter on a scale unimaginable today.

Close co-operation in the making of war, as in the seeking and keeping of peace, has nurtured within Commonwealth countries individually an enhanced sense of national identity and nationhood.  At the same time, it testifies to an enduring awareness within and between those same countries of their multiple affinities, and of all that they hold in common.  That is no paradox:  it is the fruit of constructive diversity and mutual respect, opening out to them collectively a vista of possibilities of serving not only themselves, but also the international community as a whole.

The more it impinges on our consciousness, the more we realise that the Commonwealth defies easy definition.  “Is it,” incisive-minded academics ask, “a church or a club or a beehive?”  Diplomats, never knowingly caught choosing between alternatives, immediately reply “all three, simultaneously and inter-actively”.   Lord Howell, an eminent authority on the matter describes the Commonwealth exponentially as ” the Mother of all Networks”

At the 1926 the Imperial Conference of 1926 (the last such to be held), a sustained attempt was made to define the status of the Dominions within the Empire.  Former Prime Minister and Foreign Secretary A J Balfour produced an elegant formula, embedded in the principle of allegiance to the Crown, which was later incorporated in the Statute of Westminster (1931).

On the same occasion,  the supposed arch-imperialist Leopold Amery,  as he proudly recalls in his voluminous and highly informative memoirs,  convinced General Herzog,  the South African Prime Minister,  that etymologically the word “empire” indicated no more than “any complex political structure”.  Yes, indeed,  and the corresponding adjective should be “empirical”,  not “imperial”.

Nehru made the highly relevant observation that the Commonwealth could “bring a touch of healing to a troubled world”.  It is easy to cite cases in point, even as we celebrate this year the 75th anniversary of the adoption of the United Nations Charter.  The UK played a large part in the creation of the UN Charter,  How regrettably little known is it that the inaugural session of the United Nations General Assembly was held in London – at Methodist Central Hall,  facing Westminster Abbey across Broad Sanctuary Green,  It began on January 10,  1946.

But that is only the half of it.  In explaining the Indian position, the four-paragraph Declaration, itself an object lesson in flexibility of outlook and conciseness of drafting, was at pains to emphasise that nothing else had changed.   Human nature being what it is, the mere suggestion that something is not to be taken as a precedent suffices to ensure that it immediately becomes standard practice.  That is what happened.  The “modern” Commonwealth emerged overnight.  Nehru had put a de facto end to Britannia Imperatrix at a stroke.  It was the position of India which remained unchanged.

We shall doubtless continue mainly to recognise the Commonwealth by what it does and by how it works, rather than for what it is.  Well then, what does it do, and what is special about it?  The answer is “it is not concerned with a particular range of affairs, but with a positive and expert approach to almost every aspect, and at every level, of our interdependent existence.  It betokens “organically” joined-up thinking, and a sustained concern for making life better for those among us who, for one reason or another, are being, or risk being, left behind.  Like many others, we are simple enough to want to help our fellow creatures.

At the “macro” level, those who are approximately a generation behind the times espied in the UK decision leave the EU a resurgence of unreconstructed imperialism:  “empire 2.0” was the catch phrase.  Nothing could be further from the truth. What is true, however, is that with the departure of President Trump, there is a marvellous opportunity to breathe new life into the Trans-Pacific Partnership which already includes six Commonwealth countries among its eleven members.  Seizing the opportunity could well lead on to much-needed reform of the WTO, and much-needed improvement in the performance of the G20.

How ironic, but also natural, would it be for the UK to consolidate its trade arrangements in the CCTPP, an organisation that would at a stroke not only bring back free trade with much of the Commonwealth but also tie the UK into a large and fast growing trade association as a replacement for the EU’s single market. If the USA were to join under Biden, as originally intended by Obama, this trade bloc could account for 25% of UK exports.

At the micro-level, the proposal to close the Institute of Commonwealth Studies at London University, and the only postgraduate institution throughout the Commonwealth devoted to Commonwealth affairs, has evoked a gratifying tsunami of protest.

Truth to tell, the Institute has become something of an anomaly.  In normal times there is a good deal to be said for “letting sleeping anomalies lie”.  But in this case acute financial stringency occasioned by the pandemic has decreed otherwise.  I am confident that the whole question will be examined at the necessary depth of analysis, and with the necessary breadth of perspective.

Leadership and setting an example come from the top. The Commonwealth has been incredibly fortunate in this regard.  The observations made by King George VI,  a  veteran of both the Great War and the Second World War,  when the Commonwealth Prime Ministers collectively presented to him the results of their deliberations in 1949 on India retaining membership of the Commonwealth while becoming a republic,  were as generous and open-minded as they were far-sighted.  They bear the badge of true greatness.

London taxi drivers are supposed to be the ultimate founts of wisdom.  I rally to that proposition.  As one of their number was driving me past Buckingham Palace not long ago, he said simply “She puts herself out”.  That says it all.