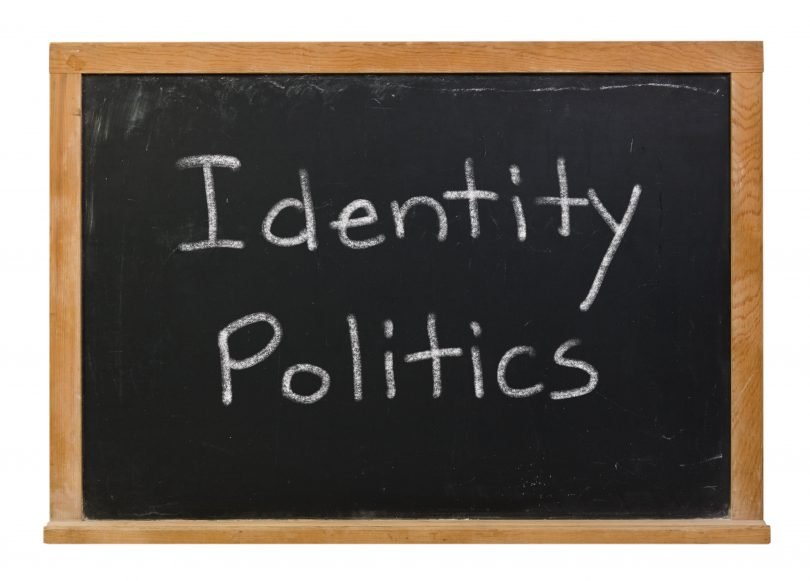 Identity politics provides the only serious moral (or rather, moralistic) element in the Remain campaign. It draws simple dividing lines of good and evil, right and wrong. It sets out to create negative associations towards those on the Brexit side, and a contrasting moral, virtuous aspect to those who voted Remain.

The sheer amount of political power mobilised to stop Brexit has been remarkable. From Parliament, the civil service (notably the Treasury), the media, the arts and ‘creative industries’ like advertising and fashion and on to the media and big business, anti-Brexit efforts have been relentlessly effective at putting their messages in front of us as voters – the more so the more time we spend in public life.

Identity politics has played a major part in this campaigning and the ‘media management’ that is so intrinsic to it. However, while the negative politicisation of Brexit as racist, anti-immigrant, xenophobic and even sexist and homophobic has attracted plenty of political back-and-forth, it has attracted relatively little reflection from our political class, including our political media.

In my new book, The Tribe: the liberal-left and the system of diversity, I seek to provide a bit of that reflection, putting the crucial role of identity politics in the referendum campaign and its aftermath into a wider context.  This style of politics and of seeing the world has become embedded and established into our society and its major institutions.

Identity politics in the broad sense politicises fixed and quasi-fixed aspects of our identity — like sex/gender, skin colour and sexuality — above everything else.  It sees them as more fundamental and important to what happens in life than anything else.  It categorizes some identity groups like women and non-white-skinned people as victims of the world, who have to be favoured over other groups as a result. This framework comes from the liberal-left side of politics.  It has spread widely across civil society and the state in recent decades in tune with the New Labour governments and, to an extent, their Conservative successors.

Applied to Brexit, it has provided the only serious moral (or rather, moralistic) element to Remain campaigners’ efforts to keep Britain in the EU, both during the campaign and in the two years since. Those who practice this style of politics have seized on polling evidence and other research to politicise Brexit voters negatively based on their skin colour and ethnicity in particular, and sometimes their gender and even sexuality and religion too. It forms part of a wider campaigning effort to draw simple dividing lines of good and evil, right and wrong.  It creates negative associations towards those on the Brexit side, and a contrasting moral, virtuous aspect to those who voted Remain.

Hence we have seen a stereotype being created of the typical Brexit voter as a white-skinned ethnically English older man, often accompanied with snide remarks, often from people with many of these identifiers themselves. The liberal-left framing implies that these identifiers make up oppressive, perpetrator identities that bear down on victimised, oppressed groups like women, non-white-skinned people and those who have an ethnic background which is not exclusively British or English. Associating these negative identities with Brexit has therefore associated Brexit itself with oppressive behaviour against supposedly victimized groups. Their victimhood is ascribed to the same causes and people as Brexit.

Because this way of seeing the world is now so widespread among our elites and in our major institutions, this negative characterisation of Brexit is readily available to anyone who seeks to confirm it – however flimsy their base of evidence.

In December last year, Sky News ran a report entitled, ‘Brexit vote ‘sparks rise in Islamophobia’ against Muslim footballers at grassroots level’, so drawing a direct causation between Britain voting Leave and Islamophobic incidents taking place in local football. The report was based on a claim from the organisation Kick It Out that the numbers of cases it had been asked to investigate had “increased sharply since the vote to leave Europe”. However it failed to provide any evidence for the link and did not even try to explain it, let alone consider the prospect that there might have been other factors at play, such as Islamist terrorist attacks raising tensions. Instead it presented the disturbing stories of Muslim victimhood as prima facie evidence of an actual increase and of the cause of it. The report worked by association with unfavoured identity groups, as in one complainant’s statement that “The [Football Association] have been found to be a bunch of middle aged white men who are just that demographic [of abusers], who are not aware of what is going on, on the ground, so in grassroots there is not a lot that they do.”

This kind of association of bad things happening with unfavoured identity groups and with Brexit finds a receptive audience in our mainstream media in the same way that it does among liberal-left politicians and campaigners. Directing blame towards racial, gender, and in this case age categories means pressing into possibilities in our public life.

Similarly, Liberal Democrat leader Vince Cable has denounced Brexiters as “white, male, middle-aged”, and said that Leave voters are nostalgic for an imperial past and should be ignored because of their age (seemingly lacking self-awareness there). A month before the referendum vote, Pat Glass, then a Labour MP, told a party rally, “Go and speak to your mother, your grandmother. Don’t speak to your grandfather, we know the problem are older white men.”

Presenting voters on the other side as a problem is one thing, but associating that problem with their gender, skin colour and age takes the rhetoric up to another level.

In common with other Remain messages, this one has found itself echoing across wider civil society, through our major institutions, the voices of major public figures and across social media. A large increase in hate crime reporting around the referendum period and well-publicised incidents such as the death of a Polish man in Harlow and the defacing of a Polish cultural centre in Hammersmith served to present it as a view of reality, not just a form of insult. However, as I discuss in my book, the nature of hate crime reporting leaves the numbers wide open to influence by politicians wishing to see a rise or fall; the relentless promotion of it by leading figures, most notably Sadiq Khan, had to have an effect, though we cannot know how much. However, several incidents painted as Brexit-related hate crimes, including the Harlow and Hammersmith incidents, turned out to be nothing of the sort.  Ironically, in the Hammersmith case the graffiti which media reported as saying ‘Go Home’ was in fact attacking a Polish think-tank that had congratulated Britain for its Leave vote.

Seemingly everywhere we look in public life, we can see institutional power mobilised in order to make Brexit, leading pro-Brexit campaigners and Brexit voters appear outside the frame of decent society – and often gathering around the politics of identity to do so. Much of this has happened around the issue of immigration, which has become a totem of goodness and decency on the liberal-left and the Remain side.

Within what I call ‘the system of diversity’ in The Tribe, those with unfavoured, oppressive identifiers can atone for the original sin of these identifiers, but only by appealing to any favoured, victim identities they may have and/or by offering favour and protection to favoured group identities generally. Given that the Leave side advocated potential restriction of EU immigration, and that immigrants are a favoured group under its racial, ethnic and national categories, the liberal-left could not feasibly do anything but align with Remain. In this way it found itself allying with the politics of free markets and economic expansionism, which wants high immigration in order to keep a constant supply of labour flowing, helping to keep wages down. This alliance between the politics of diversity and that of free markets is a  major political realignment – bringing a huge concentration of organised political power that has so far comfortably defeated any public desire for more control.

Those who have found themselves on the other end of this power have found a weight of political language thrown against them: being called ‘parochial’, ‘ignorant’, ‘narrow-minded’, ‘uneducated’ as well as ‘bigoted’, ‘xenophobic’, ‘racist’, ‘ugly’ and the rest. The term ‘Little Englander’ has also appeared regularly as a favourite insult of Remain campaigners and their followers. Again, this gives negative associations to an identity – in this case England and the English – presenting Leavers as insignificant and inward-looking, yet also often somehow attached to Britain’s imperial past.

This insult is not a new one. In his book English Journey of 1934, J.B. Priestley noted it as “a term of sneering abuse”. However he turned it on its head, contrasting Little Englanders to what he called the “Big Englanders, whom I saw as red-faced, staring, loud-voiced fellows, wanting to go and boss everybody about all over the world . . .”

As Priestley said, “I should be delighted to accept it as a description of myself. That little sounds the right note of affection. It is little England I love.”

Ben Cobley is a journalist and a former Labour Party activist.  He writes ‘A Free Left Blog’, and his book The Tribe is available for £12 (RRP £14.95) with free postage to UK addresses. Use coupon TRIBE at imprint.co.uk/tribe.