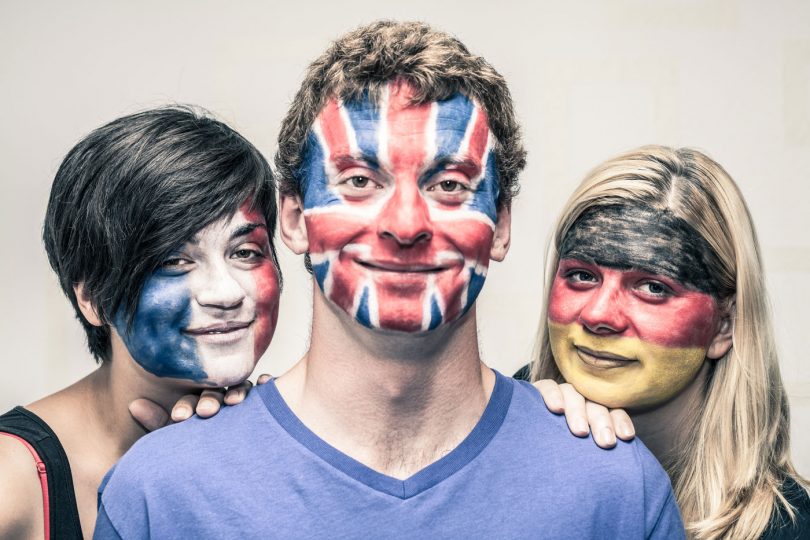 Robert Langley discusses the launch of his new group, Students For Brexit, and the huge support amongst students across the UK for an outwards-looking Brexit.

Last week marked a month since I decided to launch Students For Brexit. Initially, I wanted an organisation that would not only create a supportive cross-party community for young Leavers and re-Leavers to network and build friendships, but also to create campaign groups in universities across the UK that would host a range of events from talks and socials to street stalls and petitions as part of our positive campaign to secure an open, international and truly global UK following Brexit.

Whilst I knew that a platform for young Leavers had been desperately needed for some time, it would be a lie to say that I was not surprised by the dramatic surge in support following our launch. We now have over 2,000 members, 45 university campaign groups and we have just surpassed 2 million impressions on Twitter. Remarkable considering that we’ve only been in existence for just a month.

We all know about the narrative that young people demand a second referendum. I will be the first to admit that this narrative has been effective; people now accept without question that all young people wish to remain. This angers me, and it was part of the reason why I decided to get involved in politics – millions of young leavers have simply been overlooked. The last two years has seen astonishing complacency from the major leave campaigns. They had focused on consolidating their base, rather than making a concerted attempt to reach out to young people.

Students For Brexit is intervening in one of the most neglected levels of the Brexit debate: universities.

As a student myself, I have witnessed first hand the astonishing bias against Brexit from lecturers. Indeed, universities themselves actively push for a second referendum. Lecturers have terrified and bewildered their students into staying silent on the Brexit debate. This remarkable breach of trust to remain impartial has resulted in a generation of students who are stuck in a rut of chronic self-doubt about their own beliefs.  I recently participated in a university debate: a student audience – when anonymously polled – voted 42% in favour of Brexit, yet when I asked the 42% to raise their hands, hardly anyone proceeded to do so.

This is a huge problem for the Leave cause, and we have avoided tackling it for too long. Why are young leavers so scared about being honest about their opinions? It’s because we have sat back and allowed a false narrative to be created by the likes of Our Future, Our Choice. Students For Brexit may be late to the party, but we are determined to push back against the Remain hegemony that has plagued our universities since the referendum.

I am often reminded by my remain colleagues that 17.4 million voters is not a majority of the population. Whilst that is true, it remains a fact that the referendum was the largest exercise in democracy that this country has ever seen. For many disfranchised voters, this was the first time they became involved in the democratic process. If they made the effort to go out and vote, it is simply a matter of tough luck that those who wished to remain decided to stay at home.

My mother is a cleaner, my father is a manual labourer – proud, respectable, working-class Labour voters. For the first time ever, they felt that their vote had actually brought about change. Their voice had finally been heard, and it had sent shockwaves to the heart of Westminster. Now, all I see is the pushback of the political elite who would happily silence my parents’ voice, and make their votes count for nothing.

Ensuring that Brexit is delivered has now become much bigger than the Brexit question itself. It has now become about preserving democracy in this country for generations to come. Advocates of the People’s Vote would happily disregard the democratic will of the people to satisfy their own selfish interests. This is a scary prospect, and to stop Brexit would set a very dangerous precedent for democracy in the UK.

The most interesting thing about young people and Brexit, is that when you sit down and describe attributes of the EU – its enormous financial demands, its bureaucratic rules, its undemocratic institutions – students mostly recoil in disagreement. The moment you mention the EU, they suddenly disregard their former instincts and become emphatic supporters of EU membership. This phenomenon is amusing, but extremely sinister; our Remain counterparts are the true ideologues, not us.

This leaves me deeply disheartened, because my generation are the most outward looking and internationalist generation this country has ever seen. We all have smartphones made in Japan, we use social media created in California, we get our Italian coffee from Pret, and we wear our Primark clothes made in Bangladesh. We are defined by internationalism. This cosmopolitan generation is dynamic, creative, and ambitious. We are the generation forged in the success of the Internet, Spotify, Uber, and Netflix. EU protectionism simply stands in the way of all of this – so why does its hold remain so strong on our spellbound young people?

Brexiteers are not isolationists, in fact, I believe that we are the real globalists. The likes of Macron, Merkel, or Verhofstadt hide behind a mask of globalism to fulfil their own desires for a united Europe. This isn’t globalism; it’s nothing more than selfish regionalism. To unlock our full potential Britain needs to look beyond the confines of Europe and set our sights on the wider world, which is poised ready and waiting for us

At the moment, I feel tremendous despair that my generation are being blindly led into supporting a failing economic union that is undemocratic to its core. In the final quarter of last year, Oct-Dec 2018, the UK economy outgrew the economies of Germany, France and Italy. These are the top three economies in the Eurozone – and they will be the top three economies in the entire EU27 after Brexit. The average rate of EU youth unemployment is 6.6% for the EU28, this is still well above that of the UK at 4.0%. An economic union with unemployment rates as high as 38.5% in Greece, and 21.1% in France is no place for the ambitious youth of Britain.

The only limit on the success of my generation should be the limits of our own ambition and imagination.  We live in a time when a teenager can create a multi-million-pound company from the comfort of their own bedroom. This ability defines my generation. EU protectionism stands in the way of progress, and it is astonishing that the EU, only ever intended to be a trading bloc, is fast becoming the epicentre of quasi-religious devotion.

The dreams, ambitions and hopes of my generation will be guided by the star of democracy, freedom and prosperity that will shine bright for generations to come. Together, we can all help to build a prosperous post-Brexit Britain of which we can all be proud. Students For Brexit will play a vital role in bringing an end to pro-EU dominance in our universities. We have a duty to lay down the positive, ambitious Brexit arguments that have been kept out of university campuses for too long.

Stand up for your global future by getting involved today at studentsforbrexit.com

Robert Langley studies Politics at King’s College, London. He is founder and chairman of Students for Brexit.

Robert Langley studies Politics at King’s College, London. He is founder and chairman of Students for Brexit.