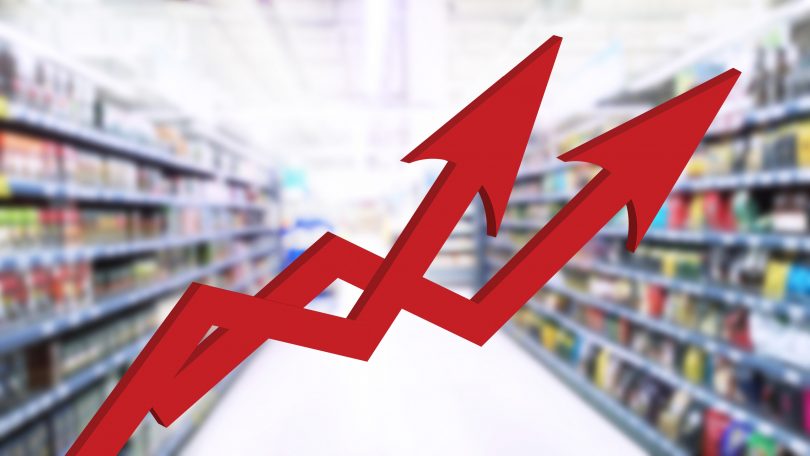 Tory leadership candidate Rishi Sunak and his allies are peddling a false narrative on the impact of tax cuts on inflation. There is plenty of room for the tax burden on UK firms and households to be eased without pushing up prices, provided government borrowing is financed in a non-inflationary way. This is even more the case given the UK economy is facing a very sharp slowdown, or even recession, in the months ahead. Arguably tax cuts are a necessity, not a luxury.

The Tory leadership contest is centring on a dispute about the need for, and scope for, tax reductions. In recent days, the current Chancellor of the Exchequer Rishi Sunak has been claiming that tax reductions would worsen the current high inflation rate and should be deferred until some point at which inflation is much lower. In our view this is a false narrative, reflecting another bout of Treasury-inspired bad macroeconomics.

Inflation, as properly defined as a persistent and general rise in the price level, is a monetary phenomenon. The current high inflation reflects an enormous monetary expansion in 2020 and 2021, the likes of which has not been seen in the UK for many decades. In this period, broad money supply growth peaked at an annual pace of over 15% (versus a normal annual rise of perhaps 4-6%) thanks to the Bank of England using quantitative easing (QE) on a massive scale to inject money into the system. 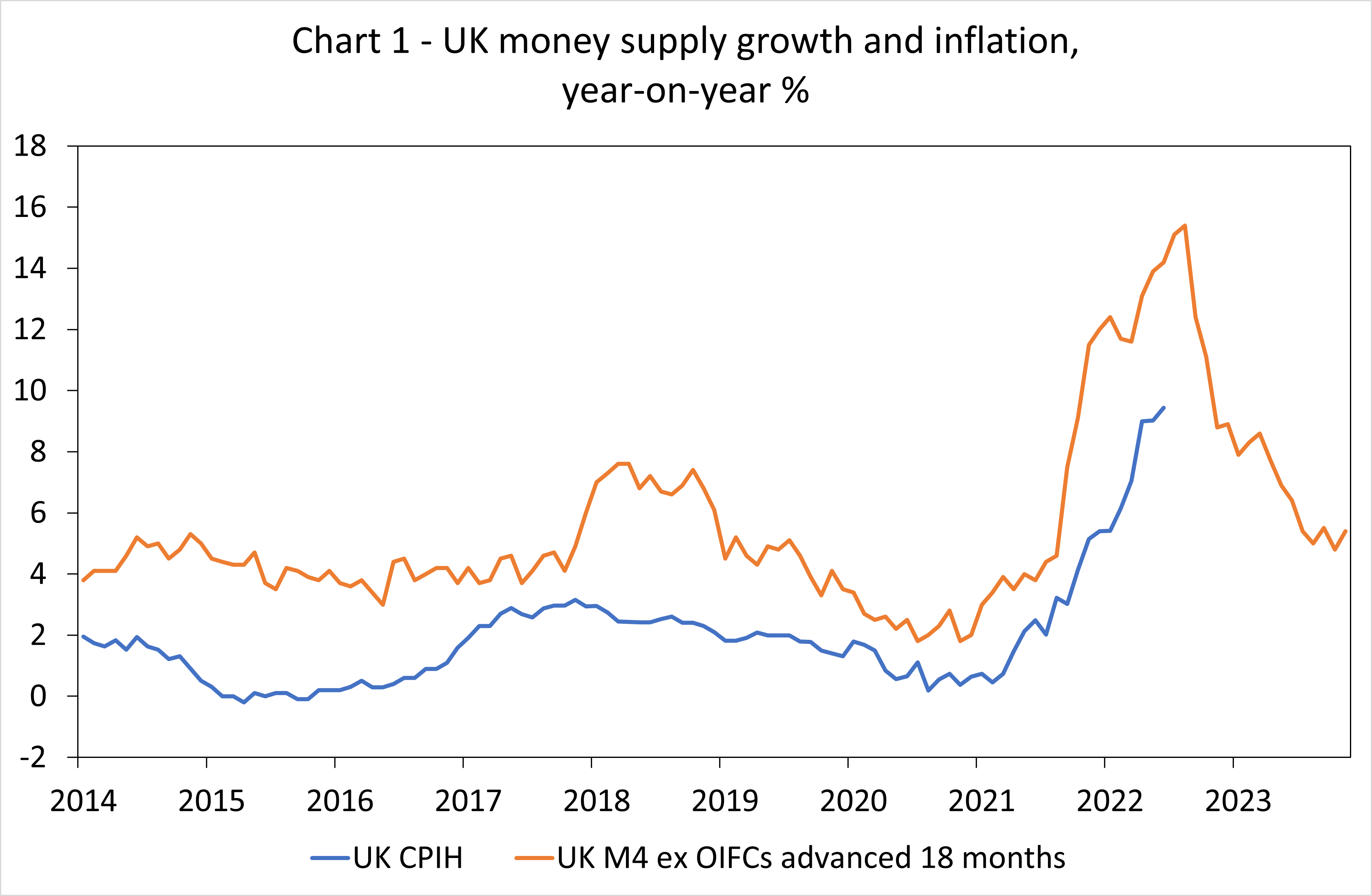 With the usual lag, inflation reacted strongly to this (Chart 1). It is true that supply disruptions have also contributed to price surges for some goods, but the real issue is the huge monetary excess – without which supply problems would certainly have seen changes in relative prices but not a large rise in the general price level. Note it was also very rapid monetary growth – caused by an uncontrolled credit boom – that caused the outburst of inflation in the late 1980s in the UK, not the Lawson tax cuts which were a complete red herring.

Tax rises or tax cuts do not affect the monetary background directly, they merely redistribute resources between the government and the private sector. There can be an indirect effect via the government budget deficit, but this depends on how the government finances the deficit. If it does so by monetary expansion or by borrowing from banks, that is potentially inflationary. If it does so by borrowing from the non-bank private sector, it is not. This is not a fringe theory, it is accepted economic orthodoxy, understood for many decades. It was at the heart of efforts in Europe to keep inflation down in the 1980s and 1990s and has been impressed for many years on emerging economies by bodies such as the IMF.

As a result, claims by Sunak and his allies that more government borrowing than currently planned over the next year or two will drive up inflation further are incorrect because over this period, the Bank of England is going to be doing QE in reverse – shrinking its balance sheet rather than increasing it – which will suck money out of the system. Financing the budget deficit will revert to the usual non-inflationary approach used in the UK and money supply growth will slow markedly regardless of the level of the budget deficit. Indeed, this process is already well under way with broad money growth down to a normal pace of just 5% per year. It looks like tighter lending by UK banks will add to this trend.

There are also other good reasons for tax cuts at the present time. These include:

Surging government revenues. Higher than expected inflation and the effects of fiscal drag mean the Treasury is going to have far more revenue than planned – perhaps as much as £60 billion worth. Returning some of this to the public would still leave the public finances better off. And the public finances are already on a rapidly improving path with the deficit more than halving from fiscal 2020/2021 to 2021/2022.

Recession risk. The massive hit firms and households have taken from high energy prices and broader inflation (much of which is yet to come) threatens to send the UK economy into recession later this year. Recessions are unambiguously bad for the public finances – often for an extended period. Tax cuts could help dodge recession by lessening the squeeze on the private sector. It is baffling that a supposedly Keynesian Treasury doesn’t get this.

An excessive tax burden. The massive corporation tax rises planned by the Treasury, the non-indexation of income tax thresholds and the rise in national insurance contributions are projected by the OBR to take the tax burden to its highest in 70 years (Chart 2). This is a key point – the tax cut plans outlined by Truss so far only represent a moderation of what are large-scale tax rises brought in by Sunak. Moreover, the projected rise in the tax burden is to a level that threatens to damage the economy’s long-term growth potential, especially given that the tax system has also become increasingly complex and dysfunctional since the 1990s. 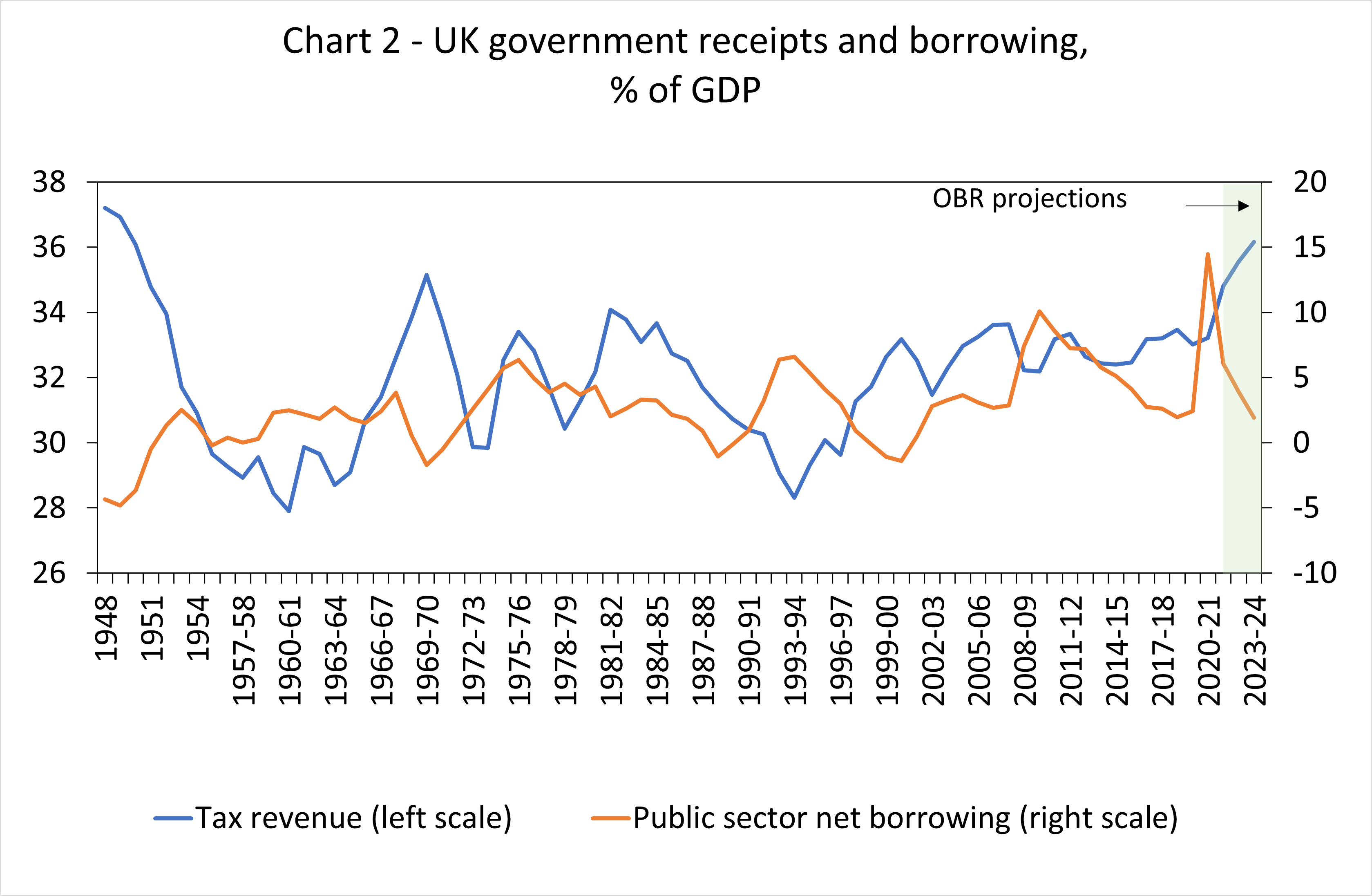 What of Tory leadership contender Liz Truss’ recent suggestion that tax cuts could even reduce inflation? We would be cautious about this. It is certainly true that reductions to indirect taxes like VAT or excise duties would lower headline inflation for a time, and this might have a positive impact on household’s inflation expectations. But the effect would probably be small and short-lived.

Similarly, it is possible that tax cuts might improve the supply-side potential of the economy, but such an impact would take a long time to come through and again probably be small. Probably the better argument to use here is that targeted changes to the tax system (alongside other policy changes) in areas like energy production could (over time) help unlock significant new domestic supply and reduce the vulnerability of the UK to future spikes in world energy prices.

To sum up, Sunak’s claims on tax cuts and inflation are based on confused and erroneous economics. If we properly understand the cause of the current high rate of inflation, we can see that reducing taxes over the next year against a background of dramatically slowing monetary growth, rising recession risk and the long-term damage of planned tax rises is a sound idea. Worsening the impending economic slowdown based on an incorrect assessment of inflation risk and a blinkered obsession with fiscal ‘sustainability’, as Sunak proposes, is in fact the reckless policy.