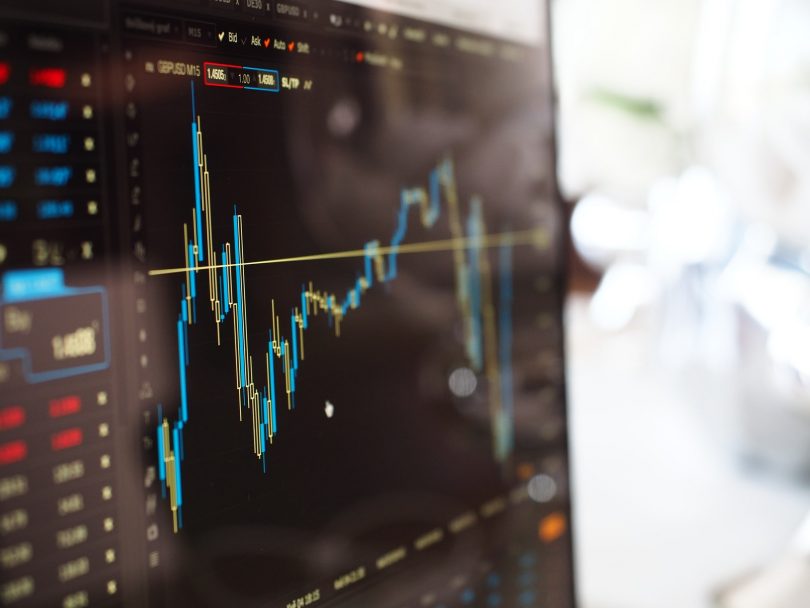 The UK’s current economic problems are serious, but not insurmountable. Here are nine good reasons why the degree of public pessimism is excessive. The UK was the best performing G7 economy in 2021 and after a tough 2022 may be again in 2023.

Depending on which news media you consult and your own biases you are likely to be depressed or very depressed about the UK economic outlook. There is no doubting the seriousness of current problems, but public pessimism has become excessive and thus self-defeating. A respectable “quality” daily recently proclaimed that “The UK Economy Faces Oblivion”.  Seriously? To restore some perspective here are key reasons why the current difficulties are far from insurmountable.

This is the most important positive development of recent months, though few economists or commentators refer to it. UK money growth (M4) in the year to April fell to 4.7%, down from the highly inflationary level of 15% reached at end 2020.  Money growth is now back to the level that prevailed in 2001-2019, during which inflation averaged around 2.5%. The Bank of England (BoE) is still raising interest rates, and gradually unwinding the Quantitative Easing (QE) programme, so low money growth is likely to continue. Given the powerful long-term relationship between money growth and inflation we can be confident that UK inflation will return to the 2.5% level by 2nd H 2023. The spectre of sustained high inflation is not going to happen.

Energy prices appear to be stabilising

The Brent Crude Oil price peaked at $124 in early March and has since traded in a $100-120 range. UK wholesale gas prices peaked at the same time and have since fallen sharply to levels well below the equivalent EU price. The adage that the “best cure for high prices is high prices” seems to be working its magic. Demand is constrained and new sources of supply appear. UK energy policy has become markedly more pragmatic, with new licenses for oil and gas drilling being granted, a more open-minded approach to shale gas fracking and accelerated investment in appropriate renewable energy sources. Significant global under-investment in fossil fuel production in recent years means it is unlikely that oil prices will sustainably fall below the $100 level, but the recent trading range might represent a new equilibrium. In time this alone will materially reduce the headline inflation rate.

The company insolvency rate has been rising sharply in recent months from the pandemic lows when Covid-support measures protected weak companies. More broadly, the very low interest rate environment prevailing since the Global Financial Crisis has kept many fundamentally unsustainable operations – brutally known as “Zombies” – on life support. It seems that merely raising the Bank Rate from 0.25% to 1.25%, combined with a slowing economy, has been enough to push heavily indebted companies over the edge. The insolvency rate will rise considerably further. While distressing for those involved this process is a healthy one overall as resources are shifted to more productive uses, thus raising the economy’s potential growth rate. In contrast there are credible reports from specialist investors in quality UK businesses that such companies are continuing to trade well and remain confident in the longer-term outlook.

It follows from the above that the BoE need not aggressively raise interest rates. The BoE does not pay enough (any?) attention to money growth trends – if it did much of this current spike in inflation could have been avoided – but it is clear from recent statements and actions that it is alert to the danger of overdoing monetary tightening. Alarmist forecasters argue that a return to an historically normal level of interest rates will have devastating consequences for a highly indebted economy. True enough, but the early evidence from the UK – the first major economy to raise rates in this cycle – is that even small rate rises now have powerful monetary and economic effects (could this be a new economic theorem in the making?!). Scare stories about the UK economy being crushed by high interest rates are thus implausible. This is a greater danger in the USA, with the Fed seemingly intent on raising rates considerably, even though recent US money growth has been notably weak.

A global recession can be avoided

The UK economy is highly dependent on global economic conditions and thus underperforms in synchronised global recessions. Recession risks are highest in the US – due to possible Fed over-tightening – and the EU – as rising bond yields re-ignite its sovereign debt crisis and the consequences of Ukraine war feed through. Indeed, both the US and the EU may already be in recession. However, an overall global recession is less likely because the inflation spike hitting the West has not occurred in the dynamic Asian region, even though they face the same commodity price and supply chain issues. This is because none of the Asian economies responded to the pandemic by allowing a splurge of money growth. They are thus better able to absorb current global price pressures. A global slowdown but not recession would be a relatively favourable outcome for the highly interconnected UK.

The UK is the only major economy pursuing multiple free trade deals, a highly positive consequence of Brexit. The UK commentariat persistently underplay the importance of this. Having finalised trade deals with Australia and New Zealand, the UK is in advanced negotiations with the massive Asian trading bloc CTPPP, with India, Canada, and the Gulf Council (UAE, S.Arabia, Kuwait, Oman, Qatar, Bahrain). Last month the UK also signed its first Memorandum of Understanding (MoU) with an American state – Indiana – with other MoU’s with US states expected in coming months. The states involved are those with dynamic economies, growing populations and pro-free trade attitudes. This is more important than it sounds, because most trade regulatory powers in the US are held at state rather than federal level. This can also be a building block to an eventual US/UK trade agreement at a national level. These deals or negotiations will have limited near term impact but will be an increasingly powerful growth factor in coming years.

The government has been slow in removing/ amending/replacing unnecessary/inappropriate EU laws post-Brexit. However, the appointment of Jacob Rees Mogg as Brexit Opportunities Minister appears to have shaken the tree, with the need for reform also given new urgency by the energy and food supply crises. Mr Rees Mogg recently unveiled a website detailing all laws inherited from the EU on Brexit day, and subsequent changes. So far about 20% of the 2418 laws have been repealed (196), amended (183), or replaced (33). This pace can be expected to accelerate. It is critical to remember that from that date we stopped adopting new EU laws (there are a constant stream of such). Over time the divergence will be very significant and to our advantage.

Media coverage of the controversial illegal migrant issue has completely overshadowed the fact that the UK’s points-based immigration system – only possible because of Brexit – is bedding in well. According to the international jobs website Indeed the UK is beginning to benefit from an influx of highly skilled workers from outside the EU – a “brain gain”. The head of Europe research at the firm writes that “Our analysis suggests that non-European jobseekers are likely to be more highly skilled and therefore interested in higher paying jobs, compared to lower skilled roles European workers have previously taken…. the UK government’s post-Brexit immigration system is operating as intended, with new sources of global immigration of greatest benefit to employers in high skills sectors like IT, engineering and finance”. A significant influx to the UK from Hong Kong in coming years will accentuate this trend. Major economies such as Germany, Italy, and China face the daunting economic and social challenges that result from rapidly ageing populations. The UK (and the US) have notably more favourable demographics.

There is no panic in UK financial markets, and Sterling is not “collapsing”

The pessimistic public mood – fuelled by an hysterical media and political class – is not shared by either foreign or domestic investors. UK companies are buying back their own shares at a record pace (according to a Montaro Investment presentation) while directors (“insiders”) are also buying heavily. Despite all the bad news the UK FTSE 100 has only fallen 3% since December (thus outperforming the US S&P 500, which has fallen 17% – in line with recession fears outlined above). The UK 10-yr bond yield briefly rose to a recent peak of over 2.5% before falling back, while the 2-yr yield hovers around 2%. It is more than 6 months since the BoE ended its bond purchases, so this is no longer a distorted market. These bond yields are in line with my relatively sanguine views on UK inflation and interest rates. There are regular headlines about the “collapse” of Sterling – one article even described the fall in Sterling as “epic”. This is unadulterated rubbish. The Pound has fallen against the US$, but so has just about every world currency. On a trade-weighted basis Sterling has fallen a trivial 4% so far this year and has been remarkably stable in the six years following the Brexit referendum. The UK continues to attract significantly more foreign investment than any major EU economy, attracted by the UK’s greater adaptability and strengths in leading edge research and technology.

A recent OECD forecast attracted a lot of publicity with its view that the UK would be the worst performing economy in the G7 in 2022/23. The OECD has consistently produced gloomy but wrong forecasts for the UK since Brexit. The UK’s growth rate of 7.4% was the highest in the G7 in 2021, compared to 2.8% in Germany and 1.6% in Japan. The UK may or may not experience a technical recession – two successive quarters of negative growth – in 2022 but it will clearly be a tough year. However, I am confident that it will not have the weakest growth in the G7. In contrast to the OECD, I fully expect the UK to be close to if not the best performer in 2023.