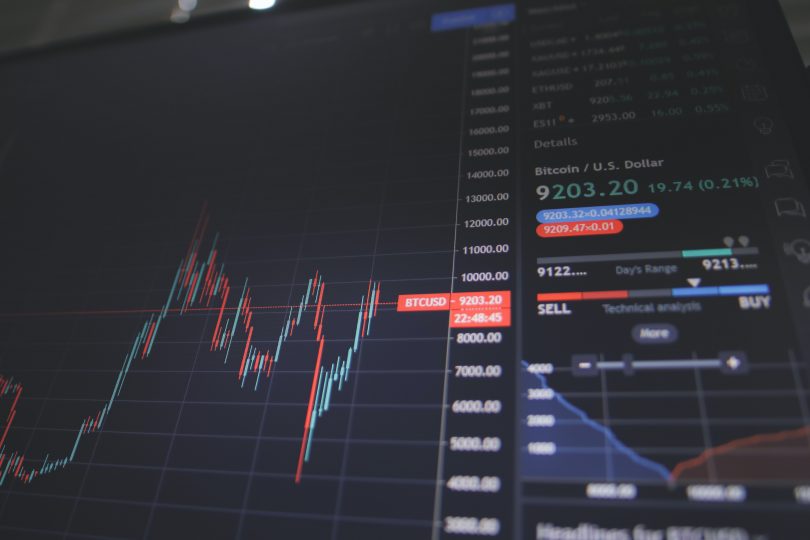 Increased inflationary pressures and trade friction resulting from war in Ukraine will hit an already slowing global recovery. UK recovery will slow too, but growth is still likely to outpace the US and EU in coming years. Pre-war the UK recovery had greater momentum. The UK’s tighter fiscal/monetary stance can bring inflation back under control by 2023, while supply side initiatives to boost growth have been intensified. A leading role in the West’s response to the Ukraine war gives much clarity to the Global Britain concept.

Global economic recovery was noticeably slowing even before war in Ukraine. According to the Atlanta Fed growth tracker the US economy had already reached stall speed early in Q122. China was similarly faltering, as restrictive policies deflate its grotesque property bubble and major cities are shutdown in futile pursuit of zero Covid. Hit by the China slowdown – it’s key export market – and Covid-related lockdowns German GDP fell by 0.7% in Q421. A notable exception is the UK, boosted by early exit from Covid restrictions. A buoyant estimated 0.8% rise in GDP in January followed Q421 growth of 1.0%.  A growing economy can absorb negative shocks more easily than one stagnating.

Unlike in the US or EU, Inflation in the UK should Return to Target in 2023

Rapidly rising inflation is the key threat to global economic prospects, markedly reducing real household incomes and business profits. Global inflation was already rising strongly in 2021, reflecting excessive fiscal and especially monetary stimulus in the pandemic as well as disruption to global supply chains. The war has intensified these inflationary forces with key commodity prices rising sharply – notably energy and grain prices – and supply chains further damaged. A key question, therefore, is which economies will be most successful in bringing inflation back under control?

The Bank of England was clearly unduly complacent on inflation in 2020/21 but started redeeming itself by raising Bank Rate in December – the first major central bank to do so – and again in February. More rises are to come. The Bank also terminated QE in December and began unwinding its accumulated bond holdings. In addition, the Bank will impose a 1% counter-cyclical capital buffer on banks effective December 2022. UK broad money growth has fallen from its 2020 peak of 15% to 5.7% in January 2022 and only 3.6% annualised in the three months. Rigid monetarism has long been discredited, but longer-term broad money growth trends retain predictive power. If recent low money growth continues, likely given rising rates and unwinding QE, UK inflation should fall back close to the 2% target in 2023.

Tighter money is more effective if reinforced by fiscal discipline. The recent Spring Statement did contain tax cuts, but overall Mr Sunak has prioritised debt and deficit reduction. By not adjusting tax thresholds or spending totals for higher inflation fiscal policy has been markedly tightened. The UK is the only major economy taking tough measures to restore fiscal credibility after the Covid-era excesses. The UK’s tougher stance will contribute to a slowing economy in 2022 but should ensure that the recovery is not derailed by a sustained return of high inflation. Indeed the main policy risk now is excessive tightening, but scope exists for fiscal easing if needed in the Autumn Budget.

In contrast, the US and EU are well behind the inflation fighting curve and at risk of embedding high inflation. The US Fed did raise interest rates in March, three months behind the UK despite having a higher inflation rate (7.9% vs 6.2%) and much higher money growth. US M3 money growth peaked at 25% in 2020 and is still running at an annualised rate of 10%. Similarly, the Fed’s QE programme only ended in March and the Fed has yet to announce plans to unwind it. US fiscal policy is also less supportive of monetary policy than in the UK. The US budget deficit is set to remain around the 5% level as far out as 2030, while the UK is targeting a deficit closer to 1% of GDP by 2025. EU money growth and inflation rates during the pandemic are similar to the UK, but the ECB will only start raising rates at year-end. The ECB still has an active QE programme. As in the US no fiscal tightening measures are on the table.

I have previously argued that the government’s supply side initiatives – some enabled by Brexit – will over time raise productivity growth and thus the UK’s potential growth rate. These arguments will not be re-hashed here. The key question now is what impact will the war in Ukraine have on policy?  History shows that wars are often the catalyst for rapid change. The PM has been galvanised into action by the crisis, as well as intense pressure from Tory MP’s due to “Party Gate”. So far in 2022 we have seen the following:

*The stalling de-regulation programme has been re-energised by the appointment of Jacob Rees-Mogg as Minister for Brexit Opportunities and Government Efficiency. The Free Ports policy is being pursued with more urgency. The Treasury has accelerated moves to lift regulatory barriers in financial services. Ways to boost domestic food production are being considered, including gene editing, regenerative farming and even GM crops. In contrast, both the EU and the US are in regulatory overdrive. So, the UK is constantly diverging from the EU, most crucially in new growth sectors and industries, simply by dint of no longer adopting new EU rules.

*A new Energy Security policy is being urgently drawn up, including accelerated investment in renewables, new licenses for oil and gas fields in the North Sea, and a major drive for nuclear power (including “mini” reactors). In line with this and following its withdrawal from Russia Shell has announced a ten year £25bn UK energy investment programme.

*The Spring Statement saw the abolition of VAT on home insulation, heat pumps, and solar panels – a reform only possible because of Brexit. The Chancellor highlighted that this change cannot be applied in N. Ireland because of the Protocol, thus vividly demonstrating its unsustainability. The UK has agreed that US LNG shipments meant for Germany, consequent on the recent US/EU deal to replace Russian gas with US gas, can be unloaded at the UK’s two LNG terminals (Germany has none). In the new spirit of western unity, might German pressure on the EU Commission to resolve the Protocol dispute be a quid pro quo? The UK’s free trade drive may also benefit from a sense of urgency as allies look to reduce reliance on adversaries (in an encouraging sign the US recently lifted tariffs on UK steel).

*The Chancellor has unveiled a Tax Plan document, which is vacuous as it stands, but may herald future tax reforms. Intriguingly, the thresholds for NICS and Income tax were equalised. Could this be preparation for a major tax simplification by merging the two systems?

There remains major dissension within Tory ranks. Critics fear the UK is drifting towards the high tax and spend “Social Democratic” model of France and Germany, thus losing the potential benefits of Brexit in boosting economic dynamism. The PM’s reaction to recent crises suggests this argument is misplaced. The huge pandemic-induced spending increases made it impossible for the government to also tackle the social care crisis, embark on a levelling up programme (including major infrastructure investment), and cut taxes. Attempting all this at once would have meant abandoning the “sound money” principles that surely lie at the heart of Toryism? Opting to raise taxes in order to give the government debt to GDP ratio a downward trajectory may be a postponement of the lower tax objective rather than an abandonment of it.

If the UK is to go the Social Democratic route that choice will only be made at the next General Election. The Labour Party will surely take the current relatively high tax and spend ratios as a base from which to further expand the role of the state. It seems inconceivable that the Tory Party would not enter that contest on a “smaller state” platform. The OBR’s estimates of the Chancellor’s future “fiscal headroom” look too pessimistic, so eventual tax relief may be much larger than the already announced 2024 1% income tax cut.  Mr Sunak may be readying himself for the role, but our protean PM might be as effective in selling such a message as he was in selling “Get Brexit Done”!

The Ukraine crisis has created a sense of unity that has ameliorated the previous rancorous mood. The UK has played a leading role in providing military supplies, training and intelligence to Ukraine, humanitarian support to Ukraine’s neighbours, and pushing for the most effective sanctions. The UK obtained good legal evidence before sanctioning individuals but then acted decisively. Large numbers of Ukrainian refugees will come to this country, without compromising national security. In this crisis the PM has provided leadership of a high order. According to Jeremy Hunt, the PM’s defeated rival for the Tory leadership and former Remainer:

“The PM has shown that post-Brexit Britain can play a really central role in defending security and the rule of law internationally…many countries were worried that Brexit might signal some kind of retreat and British isolationism, and I think Ukraine has shown them that in fact the opposite is the case”

Ironically, out of the fog of war a clearer outline of Global Britain has emerged.