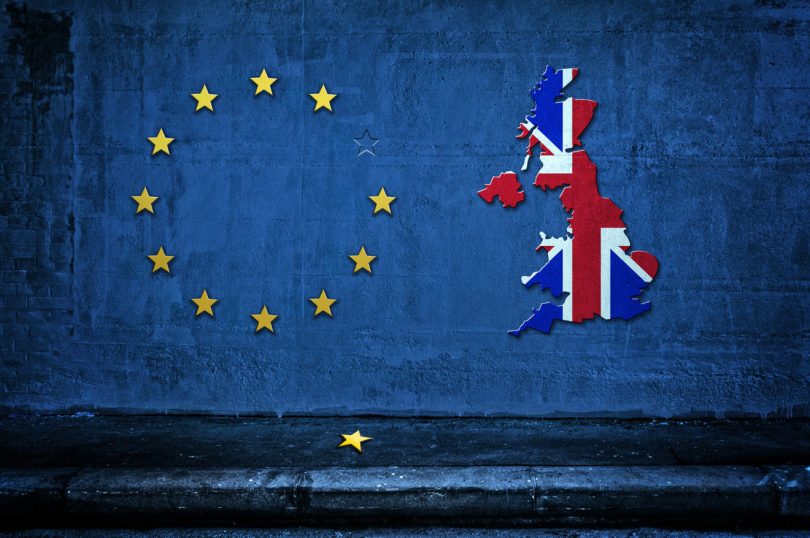 Former Whitehall trade official Tonylane follows up last week’s optimistic interpretation of the Trade and Co-operation Agreement with a more pessimistic scenario. This is at least equally plausible if we consider Brussels’ declared aims.

What Are Brussels’ Aims?

It is important to be clear about Brussels’ dominant aim.   Free trade agreements are normally struck between states which share a desire for mutual benefit and operate them accordingly.   But such is not the present case. EU spokesmen have consistently made clear that their negotiating aim is not only trade for mutual benefit, but also to make Britain pay for leaving, and be seen to do so.

If this seems an unduly combative interpretation of Brussels’ aim, we should look at it from their point of view.  The EU faces multiple challenges to its stability.  Public opinion in several Member States is turning against it.   Eurosceptic political parties have sprung up in France, Germany, Greece, Hungary, Italy, the Netherlands and Poland.  The common currency, the Euro, is proving a source of constant instability. Throughout most of the Eurozone, long-term unemployment is endemic, especially of young people, at levels normally considered unthinkable.

Small wonder then that Brussels has been quite open in admitting the overriding aim of preventing a Brexit that brings any benefit to the British economy.   For them, the object of any trade treaty must be to thwart that possibility.   From Brussels’ point of view, it makes matters worse that the British economy has grown faster than the Eurozone over the past 30 years.  Brussels’ fear is this will continue and set in train a process of imitation with further defections. The consequences for Brussels could be existential.

British negotiators cannot forget that these are Brussels’ hopes, fears and aims.   Brussels cannot be expected to operate the TCA in good faith with mutual benefit in view.   Wherever the agreement is found to contain gaps and weaknesses, they will be exploited as opportunities for harassment.   Early signs of the agreement’s operation seem to confirm this intention.

One important and perhaps vulnerable lacuna in the TCA is that it lacks a Mutual Recognition Agreement on conformity assessment. Most of the world’s principal trading countries maintain arrangements to recognise one another’s tests of conformity to standards.   Mutual Recognition Agreements (MRA’s) for this purpose are almost universal practice.   These arrangements enable them to adhere to international law (the National Treatment requirement – contained in GATT Article III) under which they are required to treat imported products not less favourably than  products of national origin.

The EU is no exception; its recognition of exporting countries’ conformity assessment systems is usually built into its free trade agreement or failing that into ad hoc MRA’s.  The EU has MRA’s in place for this purpose with many counties: Australia, Canada, China, Israel, Japan, N Zealand, Switzerland and the USA. There is obviously no difficulty of principle in adding Britain to this list.

Tellingly however, it seems that the EU has refused to enter into an MRA for this purpose uniquely with Britain.   What is the intention behind this discrimination?  One cannot imagine that Brussels intends to act with open defiance of international law: the suspicion must be that it intends to go on finding inventive methods for discovering that British products fail to conform to EU standards.   These suspicions have not been set to rest by the EU’s performance so far.

Some might see the EU’s veto of an MRA for this purpose as tantamount to a declaration of intent to wage an illegal trade war.   At least the EU seems to have a case to answer, and one must hope that they will soon find ways of answering it.

Customs problems for ever?

A favourite criticism of Brexit is that new Customs procedures will hold trade down.   Brexit, we are told, must bring customs declarations, health and safety certification, certificates of origin, standards certification, and much other documentation.

It has always seemed likely that Brexit would disrupt trade flows for a time, while adjustments get bedded in.  But any permanent disruption will be minor, so long as problems of detail are ironed out in due course in a spirit of pragmatism and goodwill.   It may seem reasonable to regard this as a field where practice makes perfect, and snags get worn down over time.

This is demonstrated by the experience of the EU’s many existing Third Country trading partners.  Normal customs procedures do not hold back the EU’s trade with third countries. Indeed this is growing faster than the internal trade between Single Market members themselves. Whatever procedural obstacles Third Countries meet as a result of their Third Country status all the evidence is that they manage to take them in their stride.

Britain has now joined the ranks of these existing EU Third Country trading partners. It has the same rights in international law.   So long as it encounters the same procedural burdens as them, there seems every reason to expect it too to take them in their stride.   One of Britain’s leading exporters has recently commented on the burden of customs costs that “Brexit, which we thought a risk … has become an opportunity”.   Another leading industrialist has described the additional border paperwork as “trivial … not a big impediment”.

The problem of course is that there is no spirit of pragmatism and goodwill in Brussels, which we cannot expect to work hard at ironing out minor problems of detail, rather than seek to enlarge them.   It would of course be illegal for Brussels to impose additional ad hoc barriers applying to Britain alone. But Brussels’ commitment to international law may come under strain.

Two interpretations of the TCA

On an optimistic interpretation, the TCA may eventually bring the EU to settle down and forget its childish resentments at Brexit, operating it in simple day-to-day functional good faith for the benefit of both sides. But although we must hope so, we have seen that their objective is different.  Their investment in its failure is heavy, and their commitment to international law may prove skin-deep.   We may find them forever scouring the TCA for semi-plausible loopholes and strained interpretations to provide them with opportunities to harass British trade and rupture the relationship. We may find that they cannot afford to be seen trading peaceably and contentedly with what they see as a renegade, and that the only relationship they can tolerate is one of permanent attrition flaring into occasional trade war.

Unfortunately, there are signs of this already.   The vaccine war has been ugly, but ugly as it is, it is also eloquent of the Brussels’ apparent need to harass the fugitive member state. Perhaps therefore what we are now witnessing are more than just “teething problems” waiting to settle down, and something more like early signs of what will prove a continuing war of attrition.

In that event, what will Britain’s reaction be? For the time being, it will no doubt remain one of restraint, in the hope that Brussels may calm down and follow a civilised example.   But at a certain stage retaliation may become unavoidable.  At that stage, the absence of a MRA on the certification of product standards, combined with the scope for procedural harassment, will provide both sides with all too much room for retaliatory action, and all too much danger accordingly.   In that case, the TCA will lend itself all too easily to that objective too and the pessimistic interpretation of the TCA will be vindicated.

Thus, the TCA may in the end simply fall apart.   Presumably it will then default acrimoniously to No Deal.  We can none of us look forward to the rancour it will occasion.  So, we end where we began.   There seem to be two radically different interpretations of the TCA, and we wait on events to decide which one will prove to more predictive. We must hope for the one but prepare for the other.