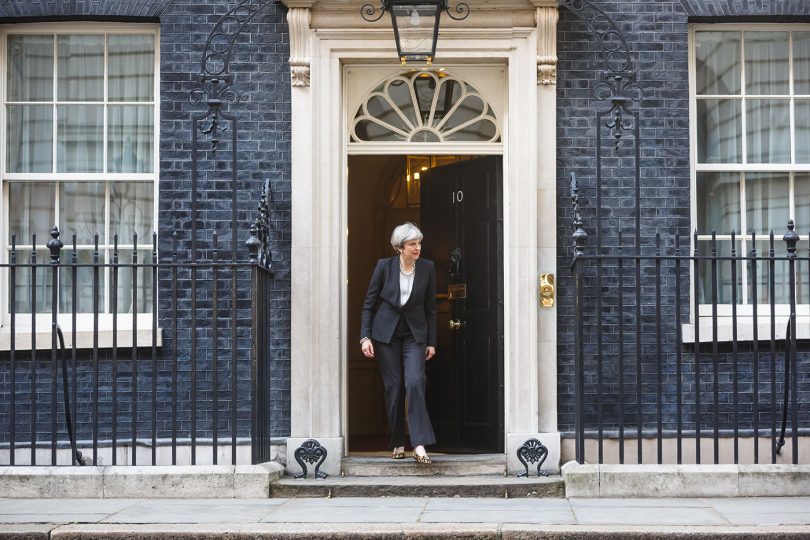 We understand the future of Northern Ireland weighed heavily in your decision to agree an Irish backstop in the draft Withdrawal Agreement and remains a factor in your continuing support for the backstop, albeit now on a temporary basis.

We understand the future of Northern Ireland weighed heavily in your decision to agree an Irish backstop in the draft Withdrawal Agreement and remains a factor in your continuing support for the backstop, albeit now on a temporary basis. Your concerns are said to include maintaining a peace widely seen as fragile, sustaining the union and protecting jobs.

We fully agree, of course, that peace is vital. Your undertaking on no new infrastructure on the border in Ireland is wise. No-one wants the police or others to come under attack erecting, repairing or maintaining barriers, cameras or anything else. Expert opinion given to the Northern Ireland Select Committee suggests that infrastructure is no longer needed since modern electronic procedures can do the job, so we hope that this is not an issue.

On your trips to Northern Ireland some will have told you in all sincerity of a more general danger to peace from disaffected republicans. However, in the over-heated context of Brexit many arguments are self-serving and cannot always be taken at face value. Sinn Fein themselves say there will be no return to violence. Indeed, sacrificing their hard-won electoral position in the Republic of Ireland would be an illogical thing for them to do.

Gerry Adams also asserts that dissident republicans have negligible support in the nationalist community. A few dozen dissidents may always be capable of criminal activity as the recent Londonderry car-bomb showed, but the security services have managed the dangers with admirable skill and will no doubt continue to do so.

Polls showing higher support for Irish unity use samples drawn from voluntary panels and these seem to be biased away from working class people and especially from the unionist working classes. The gold-standard polls are undertaken for the Life and Times Survey funded by the UK’s Economic and Social Research Council using face to face interviews.

The latest LIFT survey from 2018 showed that support from both communities for Irish unity was around 20% and only a little above pre-referendum levels. Support for Irish Unity among self-described protestants remains miniscule and of course the DUP made major gains in the 2017 general election in reaction to claims that Brexit meant growing support for Irish unity. Even among Catholics Brexit has not led a majority to support Irish unity. Sinn Fein’s calls for a border poll have become Augustinian – a border poll yes, but not yet.

The correlation between Catholicism and support for unity is weaker than many assume. The 2011 census showed that only half of Northern Ireland’s Catholics identified as ‘Irish’ and under half had an Irish passport. The Life and Times Survey shows that even in 2017/18 the proportion of Catholics who support eventual Irish unity is 41%. Only 7% express a desire for immediate unity.

Professor John Fitzgerald of ESRI in Dublin has recently calculated that living standards are 25% higher in Northern Ireland compared to the South. Although wages are generally higher in the South, higher taxes and fees and inferior levels of public service provision mean that northerners do better even before we take cheaper housing into account.

Some argue that the rising share of Catholics in the Northern Ireland population will continue, leading to a majority in a few decades. There is no evidence for this. The 2011 Census clearly shows that the percentage of the population who described themselves as Catholic had peaked among those born almost two decades ago and has subsequently slowly declined. Since Catholic birth-rates are now close to those of Protestants it seems likely the trend will continue.

Migration is also important and here there is major new factor. One in twenty of Northern Ireland’s Catholics are now from Poland, Lithuania, Portugal and the Philippines. The future constitutional preference of these immigrants and their children is hard to predict but it would be wrong to expect them to support Irish unity.

Nor do we believe that jobs are greatly at risk in Northern Ireland. Studies which purport to show economic damage from no deal are self-contradictory and fail to take into account obvious opportunities. The main challenge would face the dairy industry, but the large potential loss of GB markets by southern food producers in the event of no deal would open substantial opportunities for Northern Ireland’s farmers to fill the gap in GB.

All in all, we believe the dangers facing Northern Ireland are much smaller than you may have been led to believe. You face difficult decisions on the UK’s future outside the EU. We do not believe that these decisions should be dominated by groundless fears about Northern Ireland.