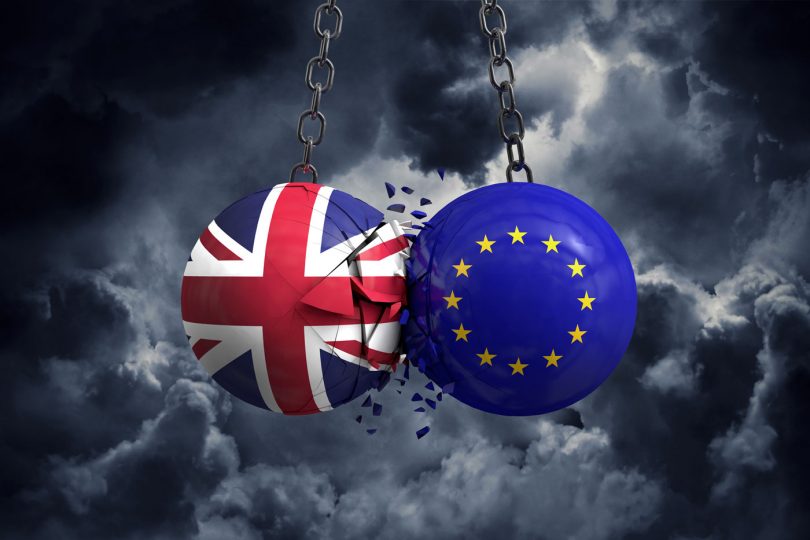 After carefully reading the draft agreement concerning the UK’s withdrawal from the EU, it struck me, as a lawyer, that if the UK were my client, I would not advise her to accept this agreement. This conclusion comes from the perspective of a person with an ambivalent attitude towards Brexit. But this Withdrawal Agreement is entirely one-sided: it guarantees in great detail to give the EU everything it wants, but does nothing to protect the UK’s vital economic interests and democratic rights. Indeed, none of the UK’s issues are addressed at all. But an ‘open goal’ is created for separatist parties wanting to break up the Union. And once we accept this Agreement, it will be practically impossible to break away from it.

Written by a partner at a leading London law firm

How did we end up in this situation?  I recall the “negotiation skills” course that lawyers in the UK attend as part of university training. Negotiation is, of course, more an art than a science, but there are a few basic principles. These include: (i) establishing your main objectives from the agreement; (ii) working out who the main stakeholders are, and ensuring you meet their expectations; (iii) understanding your best-case initial proposal, acceptable fall-backs and red lines, then sticking to the latter; and (iv) if the deal is not good enough, being prepared to walk away. The EU has clearly mastered all these skills, except possibly the last one, which is untested. The outcome from a UK perspective implies little understanding of these points.

The EU’s clear objectives were: (i) a settlement on money, since otherwise it cannot fund its budget for the next 2 years; (ii) citizens’ rights, because the UK is a net recipient of EU citizens; and (iii) the Irish border, arguably a “stalking horse” for imposing a certain amount of EU rule-taking on the UK, but also broadly related to important peace and stability issues on the island of Ireland.

The UK’s main objectives should presumably have been linked to delivery of what it perceived to be people’s concerns underlying the referendum outcome. Focus group polling after the referendum suggested that the main issues were, in order: (i) sovereignty, or “taking back control” of laws, which logically implies at least a veto on EU laws and reducing the role of the European Court of Justice; (ii) restricting “free movement of persons” and related concerns around the geographical scope of recipients from the UK’s relatively generous benefits system; (iii) outflow of money – linked with leaving the common agricultural policy, under which the UK is a net spender for arguably marginal upside and which is a major issue restraining the EU’s ability to do better trade deals with other countries, and (iv) leaving the common fisheries policy, under which some UK territorial waters are made available to EU countries.

In terms of the UK’s national interest, as a services-based economy, a technology and innovation centre, and an island trading nation, the maintenance of free trade, open skies, mutual recognition of data and intellectual property rights and continuing cross-border access between the EU and UK for financial services, should have been the main priorities and red lines. Without these, jobs and the economy will suffer. Data, intellectual property and the import and export of goods are addressed in the agreement. However, the deal does not address any of the critical issues for the UK’s most economically important sector, namely financial and related professional services. Due to this failure, the economy, jobs, livelihoods, families, living standards and the United Kingdom’s territorial integrity are all at risk if we accept this Agreement.

The worst “legal” failure from a UK perspective relates to the customs and northern Irish “backstop”, under which the UK will potentially be a “rule-taker” in perpetuity and has no right to unilaterally terminate the arrangement. This results in the UK-EU deal comparing very unfavourably to the European Union, which itself has a 2-year termination clause, which can be triggered without any form of joint agreement, or to the EEA or EFTA, which deliver essentially similar outcomes and also have termination provisions.

A repudiation for convenience of this deal on the part of the UK would lead to potentially enormous international arbitration claims from industry participants and a loss of faith in the UK’s trustworthiness, on the international stage, precisely at the point where the UK will be seeking to close trade deals with other countries. It is unclear why UK taxpayers should accept such a fiscal or reputational risk. To make matters worse, the EU has effectively been given extraordinary and considerable leverage as a result of the termination provisions. It is not inconceivable that the EU could seek to demand that the UK agrees to free movement of persons, greater ECJ jurisdiction, funding for the CAP, retention of current CFP borders or other perceived downsides of EU membership as a quid pro quo for the UK being allowed to terminate or modify the backstop arrangements. The UK government has highlighted the parties’ commitment to work on the new relationship in good faith, but that negotiation will take place against a backdrop of the UK having no leverage or ability to walk away, which as above is the fourth, and critical, plank of any basic negotiation strategy.

The draft agreement contains reams of pages detailing even what must be relatively minor EU concerns, such as logistical and financial aspects of Brexit for the European Investment Bank and how pensions for EU Parliamentarians should be addressed. It also includes extraordinary and important levels of detail on the entitlements of EU citizens living in the UK (or UK citizens living in the EU) to residency, work and the UK benefits system. In contrast and astonishingly, among the hundreds of pages of text around the trade of goods across the Irish border, protections are only established on a one-way basis: the agreement expressly protects the movement of goods from Northern Ireland into the UK, but provides no comfort about goods being able to move from the UK into Northern Ireland, for example. Those who wish to challenge this contention should read the text on page 314.

Separately, this agreement provides nothing to address how Europe will interact in future with the UK’s economic crown jewels, its financial sector. In contrast to the painstaking detail addressing issues of EU interest, the UK negotiated no more than a vague couple of paragraphs in a non-binding outline statement of intent, that the EU will apply its own equivalency processes to the financial sector – something it would have to do in a unilateral fashion upon Brexit anyway. The City has argued that the current EU equivalence regime for financial services is inadequate for a future relationship, in terms of its incomplete sectoral coverage, partially politicised criteria and short exit periods, yet the UK has nothing in this agreement addressing what should be those fundamental and critical UK concerns on Brexit. These issues should have been among the red lines in the UK government’s position. For the last three years, the high exit bill payments have been justified politically in the UK as a price worth paying for market access between the UK and EU, and yet, in reality, it transpires that the EU’s demands have been agreed to in return for nothing.

In all, we have an agreement which fails to address many of the UK’s red line issues and concerns, most of which are kicked down the road. This has transpired because whilst the EU said up front what its priorities were for the negotiation and refused to discuss anything else, the UK erred in never responding with its own list of proper red lines. All EU issues, where it was seeking to extract concessions from the UK, have been addressed in full and painstaking detail – whilst none of the UK’s issues have been addressed at all. The UK will pay more than Euro 30 billion in a deal whose consideration passes essentially one-way, and the same way.

The UK will further agree to provisions and arrangements that are an “open goal” for separatist political parties.

As a lawyer, I could not advise my client to sign this draft Withdrawal Agreement. As citizens, it should be our duty to inform our government of the same sentiment.