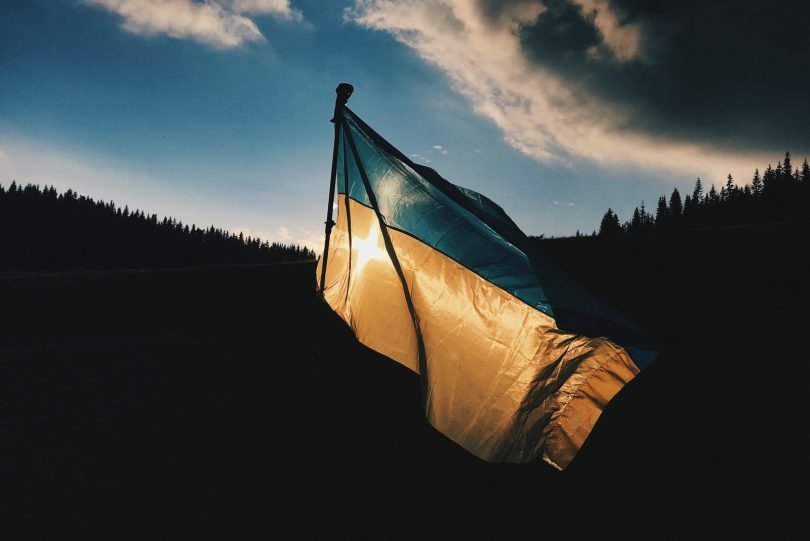 Drawing from experience of some big wars I’ll try to make a few observations about events in Ukraine. The chance to destroy a hostile army comes along once or twice in a century. The Ukrainians are doing the job day after day. We have to keep them in the fight. There will be a price and it won’t just be paid by Putin.

At this moment the Russian Army in Ukraine are a set of sitting ducks and have been for about ten days. The Russians opened up several fronts over the first few days but since then have hardly moved.

That forty kilometre long traffic jam north of Kiev is the result of incompetent Russian logistics, poor quality heavy duty tyres made in China and sound tactical planning by the Ukrainians – who brewed up the leading tanks and armoured vehicles then concentrated on brewing up fuel trucks.  Next week I would expect ammunition trucks to start going up with almighty bangs.

The Ukrainians main difficulties are along the Black Sea.

Russia’s army is really an artillery army with a few tanks and an infantry battalion added to each artillery battle group. These are weak formations compared with the US Army’s Brigade Armored Combat Team and a British Armoured Brigade Group. Experts in the Pentagon and our MOD conclude that the whole ground force assembled now has been committed and is engaged on Ukraine soil.

That leaves the rest of Russia largely undefended unless the Russians really have kept back their best fighting units. I don’t think the numbers in the Russian army allow this.

Did the Russian generals really intend to accept the present risk situation for nearly a fortnight? I don’t believe they did. A few days, perhaps, though that still gives the lie to Putin’s fairy tales about a threat from NATO.

Russia’s Air Force has flown mostly at night and in penny packets. This reflects fear of man portable SAMs. Moreover, Russian pilots experience about half the annual flying hours of USAF or RAF pilots, have few modern simulators, few or no staff able to plan and command modern large scale air operations above a friendly SAM defence without too great a risk of losing aircraft to friendly fire.

Yet the nervousness of Biden’s Administration is painful to witness – too jittery to allow Poland’s Mig fighters to fly to Ukraine via a service in Ramstein in Germany. This stop was needed to remove NATO equipment. Biden makes no secret of his Irish republican hostility towards us, the Brits, nor is he shy about how he regards the Germans as the USA’s main ally in Europe. One wonders therefore how much input the Germans had in this dithering which makes NATO look silly and weak, nowhere near as strong as it really is.

The Poles have called the Americans’ and the Germans’ bluff – and I believe revealed the latter’s wish for business as usual with Putin. All those years of German and French investment are more important than standing up to a bully Russia. Germany’s new Chancellor hid behind Justin Trudeau whose father would have taken the most robust stand. I say this because of Pierre Trudeau’s support in 1982 and his explanation person to person. All this disagreement should have been sorted out behind closed doors and then simply done, end of story.

There’s ever increasing evidence that Putin is a gambler, possibly mad and perhaps suffering from Parkinson’s. How seriously should we take his threats to use nuclear weapons? Russia’s armed forces regard tactical nuclear weapons as a ‘ normal ‘ part of warfare. But they also know that we don’t – as far as we’re concerned a tactical nuclear weapon used on Ukrainian women and children would be answered with the obliteration of most Russian cities.

Naive politicians gave up our British tactical nuclear weapons. Better today to invest in electro magnetic rail guns for the navy which would scare the pants off the Putins of this world.

Ukrainians would like protection of their cities and towns through a NATO enforced no – fly zone.

As Lawrence Freedman reminded in The Sunday Times, the first move when establishing a no-fly zone is to wipe out the opposing air force and its triple A, Sams, radar and command system before wiping out the opposing air force, preferably while it’s on the ground. One of the main aims with this lunatic is containment, stop the sickness spreading. That’s very tough on the Ukraine people and why the Americans and British and some allies have supplied nearly 20,000 of the latest man pack missiles against tanks and aircraft. There must be other imaginative ways that we can help. Also, the wanton destruction is from artillery, not aircraft.

An obvious diplomatic route is to vote through a resolution at the UN General Assembly that demands Russian withdrawal and payment to Ukraine for all the damage and casualties. That removes the direct confrontation with NATO – really the USA, ourselves and a few of the European NATO members.

Of the US Navy’s five carrier strike groups, two plus an amphibious group are in the Far East, one at San Francisco, one on the Atlantic coast, and one at the eastern end of the Mediterranean.

Patrolling the Adriatic the USS Harry S Truman has the power and is perfectly placed to destroy each Russian pocket in detail. That’s soldier speak for wipe them out until not one formed unit survives. Joe Biden or the committee that does his job are too timid or too wise for such a coup. So the poor long suffering Ukrainians are doing the job day after day. And we have to keep them in the fight. The modern Russian Army seems just about capable of shelling, rocketing and shooting women and children and maternity hospitals. Putin’s girlfriend and common law children are safe in the comfort of Switzerland.

One sign of its disintegration is the rising casualty rate among senior officers. Either the Ukrainians are adept at trailing them before picking them off, or the poor quality of officers and NCOs combined with reluctant conscripts, forces senior officers much further forward than normally would be the case.

These chances to destroy a hostile army come along once or twice in a century. When the Russian Army reaches 20-30,000 killed their number of wounded may reach double or triple. At 50,000 killed his army is near enough destroyed because a large proportion of the rest will be wounded. Russian dead are just left where they fell, some provide food for local wild dogs. I doubt if the next of kin know. Spring is round the corner bringing four to six weeks of deep mud. This presents a unique opportunity to destroy the Russian Army, an event that even Putin’s PR machine would find hard to hide from their families.

At that point the Ukrainians should go on the offensive and we have to back them. The idea of the Poles swapping their Mig 29s for F 16s and giving the Migs to Ukraine shows someone in DC has a brain. Unfortunately Biden himself rivals Jimmy Carter. He’s a creature of DC and never been anywhere or done anything, completely out of his depth. The time I spent in Vietnam, Joe spent applying for five medical deferments. Blinken is wet and I fear Liz Truss sounded a bit like his parrot in DC on Wednesday.

NATO electronic warfare aircraft may have the ability to sweep the skies for hundreds of miles radius. Any evidence about who actually dropped the bombs on the maternity home and other defenceless civilian targets would be useful after the fighting is over. We should make it clear that while sanctions target the powerful and rich, individual Russians who committed crimes against humanity will face trial. There will be a price and it won’t just be paid by Putin.