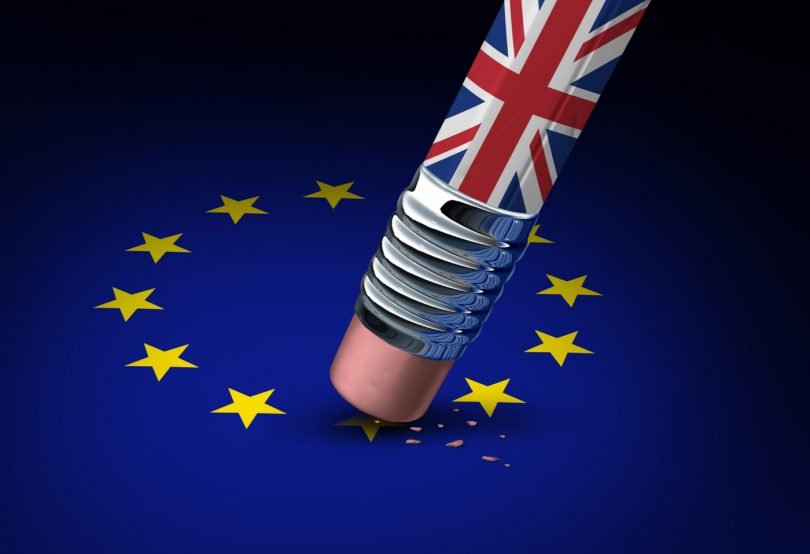 UK-EU trade has held up better than most observers expected, but after more than a year UK government policy on Brexit has made very disappointing progress.

The most success has been in the area of new trade deals but even these are threatened by bureaucratic obstruction. Meanwhile, regulatory reform has barely started, with Whitehall trying its hardest to maintain alignment with the EU, and policy on Northern Ireland risks becoming a laughing stock. In many areas of the economy, rather than growth-enhancing reform we are instead seeing growth-sapping ‘anti-reforms’.

Shortly after the signing of the UK-EU Trade and Cooperation Agreement (TCA), we posited two possible futures: one in which, by bold policy strokes, the UK built on its new freedoms to decisively break away from the EU’s control – and another where policy inertia saw the UK’s independence gradually chipped away again over time.

More than a year on, the latter looks much more likely than the former. Across the board, progress is being frustrated by weak political leadership and the obstruction of the bureaucracy and special interests. Unless there is a radical shift in approach, the UK risks ending up with a ‘BRINO’ (Brexit in name only) outcome which will deliver weak economic performance and could lead to Brexit being reversed by a future government.

This is the most successful area so far. Virtually all the trade deals inherited from the EU have been successfully rolled over, the Japan trade deal the UK inherited from the EU has been upgraded modestly and new trade deals with Australia and New Zealand have been agreed. Potentially promising talks with India have begun. Moreover, the TCA with the EU has helped UK trade with the EU hold up somewhat better than most observers expected.

There are nevertheless serious problems in this area. The opportunity of a deal with the US has been missed, with no chance of such a deal with the Biden administration. And even the new deals that have been agreed have been restricted in scope by protectionist lobbies. For the Australian deal, a lengthy process is now in train in which the Trade and Agriculture Commission (which has a strong representation of protectionist farming interests) must first report, followed by the CRAG period, a further report by the International Trade Committee and then primary and secondary legislation. The deal is unlikely to be in place before summer 2023 and even then UK consumers will need to wait from 4-15 years before the complete removal of tariffs and quotas on key Australian products.

On top of this, the UK’s HMRC is failing dismally to move forward with replacing the UK’s antiquated customs and border IT systems with a ‘smart border’ which would cut trade costs. It looks increasingly unlikely such a system will be in place by 2025. Assessment: 5/10.

This is the most important area of Brexit policy, as it is here that the biggest potential long-term economic gains are to be found. A careful yet radical approach could plausibly add 2-3% to the UK’s long-term level of output (see here and here and here).

Unfortunately, progress in this area has been incredibly slow. Rather than the bold strokes we had hoped for, the government has grabbed a few headlines with trivial proposals (such as pint bottles of Champagne) while dodging serious action. Various bodies have been set up to study possible changes in regulation, in a classic bureaucratic delaying tactic, but there are few signs that their suggestions (such as in the comprehensive report from the Taskforce on Innovation, Growth and Regulatory Reform) will be acted on. The appointment of Jacob Rees-Mogg as minister for Brexit Opportunities looks like pure window dressing – the same kind of ‘Potemkin structure’ that the Brexit department was under PM Theresa May.

Even in areas where EU regulations are known to be damaging or where there is a strong consensus for reform, nothing of substance has occurred. The droit de suite rules remain a burden on the art world, the EU Clinical Trials Directive (responsible for a slump in clinical trial activity in the UK) is still in place, the tech industry continues to have to grapple with the EU’s damaging GDPR framework (costing firms millions in compliance), the onerous EU Port Services Directive is still in place and financial services still suffer with costly burdens from elements of the MiFID II regulations. Indeed, the UK even risks falling behind the EU in reform of the insurance industry.

In a number of cases, what is happening is that business interests are obstructing reform because it threatens to increase competition. In some cases, most strikingly with the chemical regulatory system REACH, the same firms that opposed it when it was first proposed now want it to continue having got past the expense of implementing it. The government should not be indulging this kind of self-interested flip-flopping by business lobbies. Assessment: 2/10.

The worst element of the UK’s exit deal with the EU is the Northern Ireland Protocol. Aside from the serious constitutional issues it presents – which alone should have disqualified any UK government from agreeing to it – it is economically damaging for Northern Ireland and for the UK as a whole. It introduces trade frictions between Northern Ireland and its dominant trade partner, Great Britain, and encourages inefficient trade diversion towards EU markets and suppliers. Moreover, by keeping Northern Ireland within the EU’s regulatory system, it is a drag on UK-wide regulatory reform – divergence between GB and EU regulations threatens to increase trade frictions between GB and NI even more. By keeping Northern Ireland in the EU VAT area, the protocol is also currently stopping the UK government cutting VAT on soaring energy bills.

The government’s approach to the protocol in recent months has been weak and now risks becoming a laughing stock. The government acknowledges that it would have been justified months ago in taking unilateral action under Article 16 of the protocol to alter or suspend its provisions to offset the damage it is causing. But instead of doing so, it has instead engaged in an endless and fruitless set of negotiations with the EU on changes, using one excuse after another for inaction (the latest absurd one being the Russia-Ukraine war) while still periodically claiming using Article 16 is an option. No-one now takes the Article 16 threat seriously, least of all the EU which as a result has no incentive whatever to give ground in talks.

The one area where the government did act successfully was extending indefinitely the grace periods on checks on medicines and supermarket deliveries. However, paradoxically this may have made removing the protocol harder. These grace period extensions significantly draw the teeth of the protocol economically – without them, modelling work suggests Northern Ireland GDP would be 2-3% smaller (£1,600 per household) in the long run. These kinds of economic losses would make the protocol politically unsustainable very rapidly, but the current partial implementation is much more likely to endure, even given the clear damage already seen to a number of industries. Assessment: 1/10.

The TCA provisions on fishing were deeply disappointing to the UK fishing industry. While some modest gains have accrued to the pelagic fishing fleet, other sectors have done relatively badly from the deal and overall gains are far lower than the hundreds of millions of pounds of extra catch that should have been achieved.

The government nevertheless was left with options to boost the industry – and the UK marine environment – within the terms of the TCA. So far, it has done little in either area. There has been a restriction on electric pulse fishing, but other damaging practices by EU boats – including the operations of giant trawlers close to the UK shore and even in marine protected zones – have been allowed to continue. The government has also been weak in standing up to French attempts to blackmail it and the government of Jersey into granting more fishing licenses. The government should be making clear now that it will further substantially restrict EU boats’ access to UK waters from 2026 as the TCA allows – but shows no sign of doing this. Assessment: 2/10.

While the UK has made glacial progress in Brexit-related reforms, it has at the same time pushed ahead with a range of what might be aptly described as ‘anti-reforms’ in a range of policy areas – that is, policy changes that will make the economic situation clearly worse. The biggest area of these is policies related to the net zero plans which threaten to aggravate still further the problems of expensive and unreliable energy supplies and (via onerous regulations) restrict the supply of new housing. In addition, the dead hand of the UK Treasury continues to make the UK tax system more and more complicated and burdensome and has taken UK tax levels to their highest in decades. The Treasury also continues to oppose changes to the VAT system – an EU tax that is especially burdensome for smaller businesses.

All this adds up to a pretty bleak outlook. The departure in frustration of Lord Frost from the government late last year removed the only minister with a clear understanding of how Brexit needed to work and has proved, as we argued it would, disastrous. Across policy areas, a combination of pro-EU civil servants, obstructive business lobbies and simple inertia means that the UK is essentially following a policy of EU alignment by stealth while also damaging its economy with misconceived energy and taxation policies. This is a recipe for continuous economic underperformance and leaves the door open to the UK being pushed back into the EU in the years ahead.