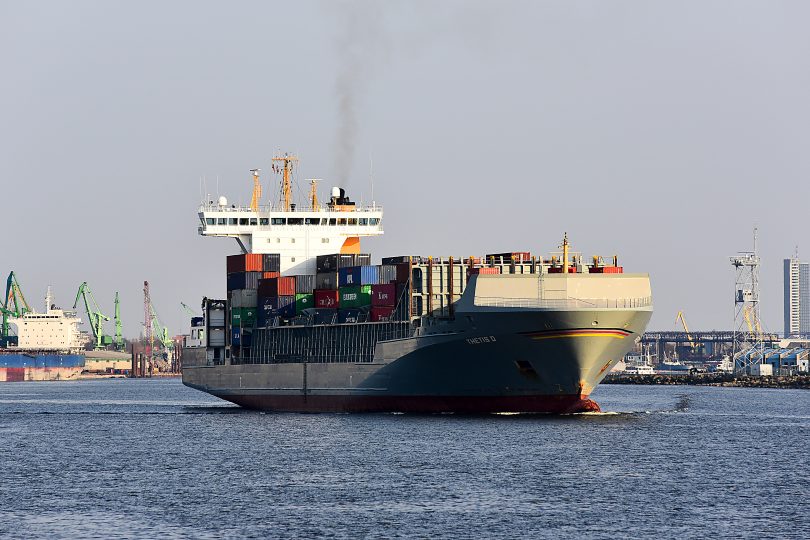 Excerpt: Last month we argued that the slump in UK-EU trade in January reflected a variety of factors, many of which were temporary. Early evidence from German and French trade data for February suggests we were right. UK exports to both countries rebounded sharply during the month, to close to the average levels seen in the second half of 2020. A further recovery looks to have occurred in March, too, taking UK trade with France back to pre-pandemic levels.

We argued last month that the sharp reported decline in UK-EU trade in January was likely to be at least partly reversed in the following months, reflecting as it did a variety of short-term factors including temporary border disruptions, the unwinding of stockbuilding at the end of 2020 and some erratic movements in individual industries. To these factors we may now add measurement problems, as it appears that recorded UK export data for some UK industries (notably smoked salmon) appear to be greatly at odds with figures collated by the industries themselves. 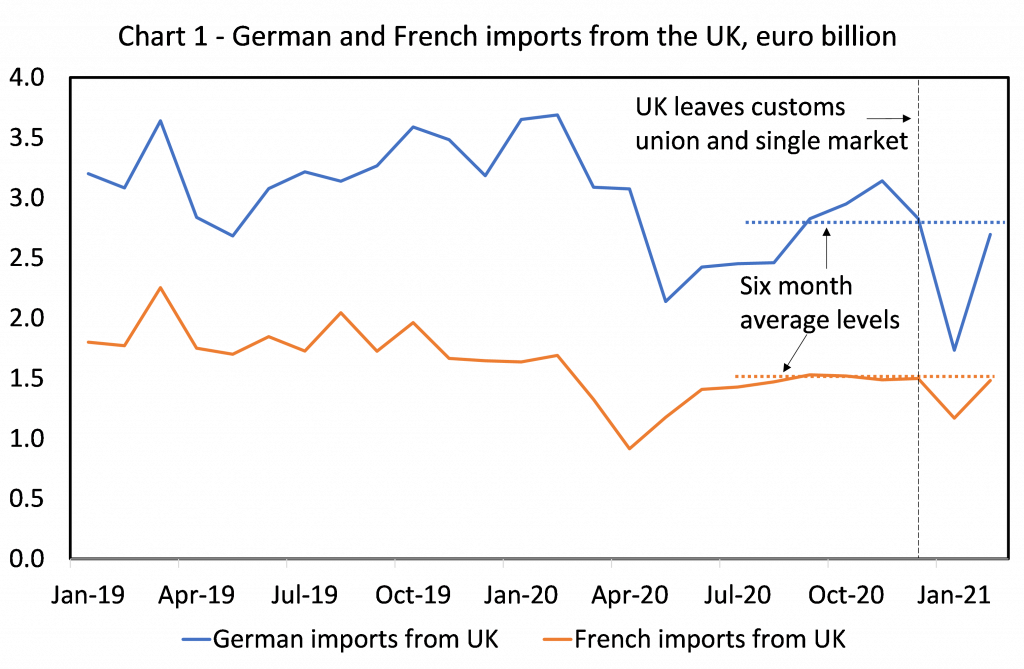 So, is everything ‘back to normal’? Not quite. UK exports to Germany and France still looked to be underperforming those from other European countries in February. In February, French imports from the UK were down 12% year on year, while those from other European countries were down 3%. However, it looks like things improved even further in March. The French customs authorities have produced estimates of trade with the UK for March that suggest both exports and imports continued to recover, with imports from the UK rebounding to pre-pandemic levels (see Chart 2). 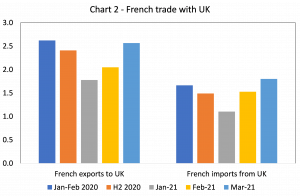 All in all, these data look very promising and will hopefully be confirmed and elaborated on by official UK data next week. Certainly, some of the press coverage of January’s data, which gleefully claimed that pre-Brexit catastrophising about trade had been vindicated, now looks embarrassingly wide of the mark.