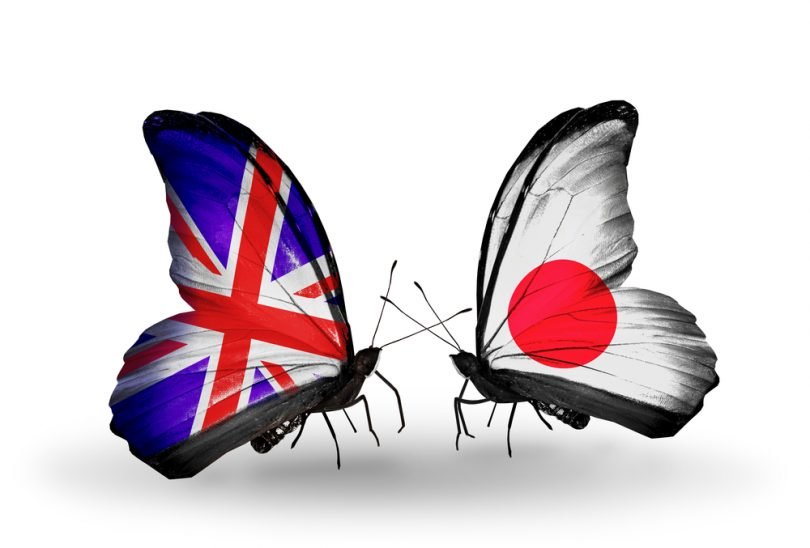 Trade expert Dr Kazuhito Yamashita offers a Japanese perspective on the UK-EU trade negotiations, and explains why the UK is in an advantageous position over the EU. He questions the EU’s unequal treatment of the ‘level playing field’, and suggests that the EU is making unreasonable demands of Britain which it did not make of Japan and Canada when it reached FTAs with them.

This article originally appeared in the Japan Times and is reproduced with kind permission.

Britain and the European Union have started negotiations to decide on their relationship beyond the post-Brexit transition period through the year’s end. While the talks are mainly about a free trade agreement on goods and services and investment protection, they also concern EU members’ fisheries catches in Britain’s economic waters.

The United Kingdom insists that it will conclude a deal by the end of 2020 and will not ask for extending the talks until 2022 as permitted under its Brexit accord with the EU. If the two parties fail to wrap up the talks by the end of the year, they will levy regular tariffs on imports from each other beginning in 2021. There is a view that British Prime Minister Boris Johnson is engaged in brinkmanship and that the U.K., supposedly in a weaker position, is bluffing the EU.

Not only EU members but European Commission officials joining the talks with Britain appear to think that the EU, more powerful in economic terms, will overwhelm the U.K. in the talks. This view is reflected in the EU’s “level playing field” argument that if Britain wants to export to the EU market without tariffs and quotas, the U.K. must keep complying or be in line with EU regulations and policies on labor, and environmental protection and government subsidies/taxation.

The level playing field argument is a logic that the United States prefers to use in trade negotiations, based on a selfish and arrogant belief that the U.S. industries will not lose in international competition unless its trading partners employ unfair trading methods. But even the U.S. has only gone so far as to insist that other countries must not give their industries a competitive edge over their American rivals by adopting looser labor or environment regulations that deviate from international norms or standards. The U.S. has not required other countries to follow its own regulations or equivalent conditions. The European Commission’s demands on the U.K. leaves one wondering if the EU has become more arrogant than the U.S.

If the EU adopts a carbon tax or changes its emissions trading system, will Britain be obliged to adopt the same policies? It will be impossible for the EU to press sovereign states to continue to use EU rules and policies or similar regulations. It is unreasonable for the EU to call on Britain to do what the EU did not demand from Japan and Canada when it reached FTAs with them.

From the viewpoint of international reciprocity, under which parties concerned mutually accord or admit same rights and duties to each other, the EU in theory would not be allowed to loosen its regulation more than the U.K. does, but that does not appear to be on the minds of European Commission officials. If so, the EU demand amounts to calling for an unequal treaty.

If the EU is to impose such conditions in the talks, Britain will be left wondering about the meaning of Brexit since it was supposed to be about regaining sovereignty from Brussels so the U.K. could set its laws and regulations independent of the EU. EU member governments and European Commission bureaucrats do not seem to care about British public opinion. It is understandable for citizens of EU member countries to denounce the behavior of the EU and the commission as a “democracy deficit.”

The EU member governments and commission bureaucrats will learn a hard lesson if they consider Britain easy to deal with. Britain is indeed in an advantageous position over the EU in the talks.

Fishermen from France, the Netherlands, Denmark and other EU members catch 40 percent of the entire EU fisheries haul in Britain’s waters. So far, those countries have been given fisheries quotas by Brussels under the EU common fishing policy. But from now on Britain will allocate quotas to these countries every year in light of the resources. If the EU fails to reach an agreement with Britain by the year’s end, quotas for EU member states may fall to zero in 2021.

The EU is seeking the same size catch as before, but it is in a weak position. When the 200-mile exclusive economic zones came into being in the late 1970s, Japan, whose fishermen previously operated freely on the high seas, had to hold tough negotiations with the Soviet Union and the U.S. on their catches in those countries’ waters.

Since Japan’s catch quotas in Soviet waters were drastically reduced, the government had to pay compensation to fishermen whose operations suffered. The U.S. demanded the purchase of fish caught by U.S. fishermen at sea in exchange for permission for Japanese fishing boats to operate in its waters, and eventually Japanese boats were driven out of U.S. waters.

Danish Prime Minister Mette Frederiksen has remarked that the fishing issue is a top priority in the talks with Britain. Fisheries is indeed a politically important issue because of the key role that it plays in local economies. If EU members find themselves in the same situation as Japan once did, serious political turmoil will follow.

The European Commission argues that if the talks break down and the EU begins to impose regular tariffs, Britain won’t be able to sell to the EU — its main market — even though its own fish catches may increase. But the EU tariffs on fisheries products that it has promised to the World Trade Organization not to raise any further are generally below 20 percent —and mostly around 10 percent — except for 22 percent on tuna.

It’s hard to believe that such tariff levels would affect U.K. exports to the EU. Given the non-elastic nature of food demand, demand for foodstuffs such as marine products will be little affected by price changes — British fisheries exports to the EU will likely not decrease in the face of the tariffs. Rather, it will be the EU consumers who stand to be hit by rising prices. Even with some tariff impact, British fish catches and exports will increase as the haul by EU members decline.

The EU is in a weaker position in other areas of regional trade. In goods, Britain had a surplus of £93.5 billion in 2018 against the EU. The EU’s largest export item to Britain is automobiles, valued at £46.5 billion, or 2.6 times larger than Britain’s auto exports to the EU at £17.4 billion. The EU’s auto trade surplus of £28.1 billion accounts for 30 percent of its total trade surplus. Failure to conclude an FTA with the U.K. will impose a 10 percent tariff on the auto exports. It is the EU that wants to maintain free trade with Britain.

Brexit has also enabled Britain to hold FTA talks with parties other than the EU, such as Japan and the U.S. These FTAs, if concluded, can take effect beginning next year, when the U.K. leaves the customs union with the EU.

The U.K. has a trade deficit of £3 billion with Japan. In auto trade, the deficit is £636 million — as Japan ships £1.934 billion against Britain’s export of £1.299 billion. If the Britain-EU talks break down and the U.K. launches an FTA with Japan, EU auto exports to Britain will decline under the weight of a 10 percent tariff while Japan can export more to the U.K. tariff-free.

The same thing will happen in trade between Britain and farm product exporters such as the U.S. and Australia. Among the EU’s top 10 export items to Britain, vegetables and fruit occupy the seventh position, valued at £6.92 billion, and meat ranked at 10th with £5.507 billion.

Usually 10 to 20 percent tariffs are levied on vegetables and fruit. In the Uruguay round of global trade talks, the EU’s non-tariff barriers against meat imports were replaced by tariffs by taking into account the gap between domestic and overseas prices. Since the price difference at that time was so huge that the newly introduced tariffs became prohibitively high — and was called “dirty tariffication.”

At that time, the EU, like Japan, introduced a special rate tariff free from the influence of exchange rate fluctuations. To convert the special rate tariff into an ad valorem tariff by taking into account the prices of frozen beef imported by Japan, it will be 63 percent, far higher than the 38.5 percent tariff Japan levies on imported beef.

The EU has effectively blocked beef imports from the U.S. and Australia by using the special rate tariff. In the event Britain-EU talks break down, can French beef compete fairly with U.S. or Australian beef in the U.K. market on the level playing field where the same tariff prevails? In addition, when an FTA between Britain and the U.S. enters into force, tariffs on U.S. exports to Britain will be abolished, while high tariffs will be imposed on EU exports to Britain. If Britain joins the Trans-Pacific Partnership, Australia will benefit from it. It is agricultural producers in the EU like France that will be affected.

Agriculture is a cornerstone of EU politics. Agriculture-related spending accounts for 40 percent of the total EU budget — though it’s share has been declining.

If the EU wants to avoid these problems, it has no choice but to change its negotiating position and hold intensive talks with Britain — making concessions where necessary — so that a deal can be reached by the end of the year.

Dr Kazuhito Yamashita is research director of Canon Institute for Global Studies and a senior fellow of the Research Institute of Economy, Trade and Industry.