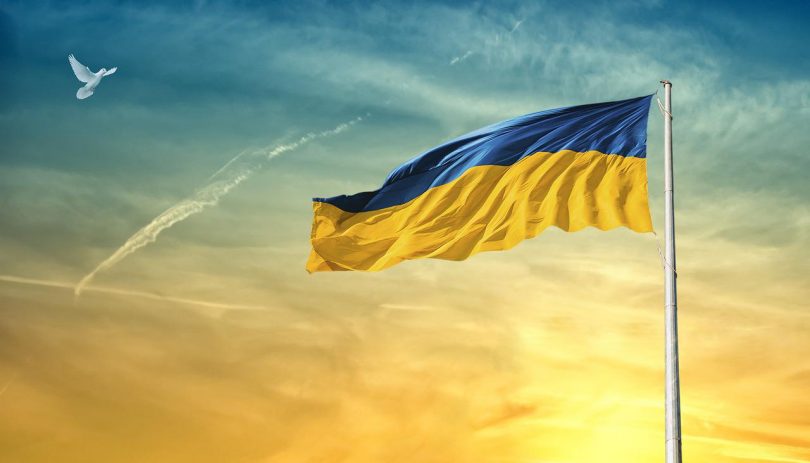 The Ukrainians are more than holding their own on the ground. But can they count on the rest of Europe—apart from Britain—to support them?

After the WEF pow wow in Davos there was a flurry of private and official diplomacy, most of it aimed at Ukraine’s leadership, and intended to push them into accepting a very unfavourable ceasefire – though very convenient one for the EU and Germany in particular.

US Naval Institute News reports that Ukrainian leaders will make “no deals” for peace that cede territory to Russia and the nation is braced for a long war lasting into next winter, Ukraine’s United Nations ambassador said on Wednesday last week.

“It’s a matter of principle” not to accept new boundaries between Ukraine and Russia, Sergiy Kyslytsya said at an event at The Washington Post.

He called former Secretary of State Henry Kissinger’s suggestion that such a concession could lead to peace “drivel.” After losing 60 to 100 soldiers a day in combat and even more civilians in the war now entering its fourth month, Kyslytsya said it would be “totally impossible to make the Ukrainian government and people give up territory.”

His words imply a Russian departure from the provinces of eastern Ukraine which the Kremlin recognise as independent states before any peace talks begin. Kyslytsya thought negotiations over Crimea would take longer.

Kyslytsya referred to his country’s history in the last century – starvation under Soviet Union, occupation by Nazi Germany, then the Soviet Union after World War Two. He remarked, “Ukrainians are very resilient. … it’s in their DNA.”

Perhaps he should have added, nor are we suckers.

No wonder Putin no longer picks up the telephone when Macron calls on behalf of Scholz.

Because of the curious ORBAT—Order of Battle (for Americans TO & E  Table of Organisation and Equipment )—of Russian tactical groups, where an infantry battalion plus a squadron/company of tanks serve as force protection for a regiment/battalion of artillery, in turn supported by heavier artillery, the fighting reminds of the First World War. There are no lines of trenches but an awfully large number of guns locked into duels.

Poland has sold Ukraine 60 KRAB self-propelled medium guns. These are made by BAE and are versions of the AS 90 medium gun used by the British Army. The US Army prepositioned four M 142 HIMARS (High Mobility Artillery Rocket System) in Europe so they could quickly send the systems to Ukraine. No number has been given for how many rockets the USA will provide, but the Pentagon is prepared to “rapidly surge” more munitions to Ukraine if necessary. About three weeks training is required for the Ukrainian forces to use the system and several more weeks to teach them how to maintain the equipment.

Britain will give multiple-launch rocket systems (MLRS) to Ukraine to help the country defend itself against Russian aggression, Ben Wallace, the Defence Secretary has announced.  This cutting edge weapon,  which can strike targets up to 80km ( 50 miles ) away with pinpoint accuracy, will offer a significant boost in capability for the Ukrainian forces. The UK’s decision has been co-ordinated closely with the US decision to gift the High Mobility Artillery Rocket System (HIMARS) variant of MLRS.

Alongside the weapon system, the UK will also supply M31A1 munitions.

The decision by Ben Wallace comes in response to requests from Ukrainian forces for longer range precision weapons in order to defend themselves from Russian heavy artillery, which has been used to devastating effect in the eastern Donbas region.

I suspect more such systems will be supplied. They will have an immediate and significant impact on the Russian gunners. Since day one Russian gunners have been able to take life easy, pull up at a chosen position, dump their ammunition close by and bombard anything, anywhere without much fear of hostile fire. Although there is a risk of attack by drones or even an airstrike, judging from their slack approach to position protection, such a likelihood is obviously regarded as pretty low.

HIMARS and MLRS will change that situation overnight and for the whole line of contact. The Russian gunners will no longer have the luxury of shooting at cities and towns with no risk to themselves. I bet they’re busy stealing bulldozers to dig in fast and bury their ammunition – that’s also hard work, so hard they’ll need trucks with cranes to shift crates of rounds that weigh hundreds of kilos.

Surprise, surprise, the Kremlin condemned the shipment of HIMARS to Ukraine, saying it risks a wider conflict. In Kyiv, President Zelensky pledged not to attack Russian territory. The U.S. is limiting the range of the systems to cut the risk of firing across the border. HIMARS typically has a range of about 45 miles. The U.S. has received assurance from Ukraine that it would only use HIMARS for defensive purposes, and not to strike inside Russia.

On the battlefields, earlier in the week there was some confusion about the situation in Severodonetsk. The local mayor announced that 70% of the city had been retaken but a day later he reversed this news. The Russians are trying to find a way to capture the city that does not involve a river crossing. I would have thought that the possible routes for this approach are obvious for the defenders, who no doubt know the local ground better than the Russians. Two more senior generals have been killed, one with a famous name, Kutusov, though perhaps not a descendant of the great Marshal who defeated Napoleon.

Meanwhile the Ukrainians, quite shrewdly, concentrated their efforts on Kharkiv in the north-east and Kherson in the south-west. The latter region has much more strategic importance than Severodonetsk – although you wouldn’t think that if you relied on the media for what’s happening on the ground.  Russian attacks have continued all week round Severodonetsk but no ground has been gained. The Russians occupy the residential suburbs and the Ukrainians hold the industrial zone.

From the west and north-west of Kherson the Ukrainians continue steady advances. Russian troops are being moved to counter these advances but according to the Milbloggers the standard of training for conscripts is not good. Russian political moves include trying to ‘ Russify ‘ occupied populations. In the annexed republics this includes trying to conscript the locals as cannon fodder—not popular. Two Brits who surrendered at Mariupol inevitably have been sentenced to death by a kangaroo court in the Donetz so-called republic. At least the GRU of the Cold War had some sophistication. This is just crude blackmail which may require an imaginative pre-emptive strike in a form and place least expected.

Russian sappers are laying mines from the 1950s to hinder further Ukrainian advances northwest of Kherson. According to Ukraine’s military intelligence these mines were meant to have been destroyed and some exploded while being delivered, killing and wounding sappers from the 49th Combined Army. The ISW (Institute for the Study of War) report that other Ukrainian military intelligence claims that obsolete T 62 tanks, multiple launch rocket systems and 152mm howitzers are being taken from storage in Irkutsk, Siberia and transported across Russia to the Ukraine.

There’s also a PSYWAR campaign. Russia is reduced to mobile phone threats to individual Ukrainian soldiers or their families. That such a campaign is possible in a vast, poor country that ought to be fabulously rich, tells all you need to know about the Kremlin’s priorities.

Harpoon missiles and Brimstone missiles will force the Russian Black Sea Fleet away from Odessa. The Ukrainians need to knock out the Black Sea Fleet so they only have to deal with mines and the air threat. Judging from a missile attack launched on Kiev – from an ancient TU 95 bomber flying over the Caspian Sea – the air threat may not add up to as much as feared.

Ambassador Kyslytsa also revealed that months before the 24 February invasion, the Biden administration warned Europeans and the U.N. that attack was “imminent, imminent, imminent.” The United States and the United Kingdom were sounding the alarm that NATO and European Union members needed to be ready for a Russian invasion, but most other nations played down the threat. They ‘were not even planning mid- or long-term … to help Ukraine ‘ militarily, diplomatically or economically’. Many European leaders, even if they recognized an invasion was near, ‘expected collapse’ of Ukrainian armed forces in three or four days.

Ambassador Kyslytsa said ‘Everybody who buys Russian goods and services are financing the war.’

The weak link in the embargoes is European energy dependence on Moscow. He pointed to Spain spending $1 billion to buy Russia gas and oil. Looking at other European countries that haven’t suspended energy purchases from Moscow, he said their leaders lacked “guts” and were following an “irresponsible policy.”

‘Their duty is to explain to their constituents the necessity to liberate their countries from being dependent on a nation like Russia.’

Presently most German TV Channels and the Swiss German TV News, largely edited by Germans, pour out gloom and doom stories running down Boris Johnson and Britain. The Ukrainians, of course, are delighted that Boris survived the vote on Monday.

Germans are desperate for business as usual with Putin. There is no oil embargo for another eight months and gas flows freely. Our diplomatic message needs to toughen up. Why not ban imports from countries that financially support Putin’s invasion? Sanctions don’t work because the EU talks a lot but does nothing more. Scholtz even suggested this week that Germany gave more help to Ukraine than any other European country except possibly Britain.