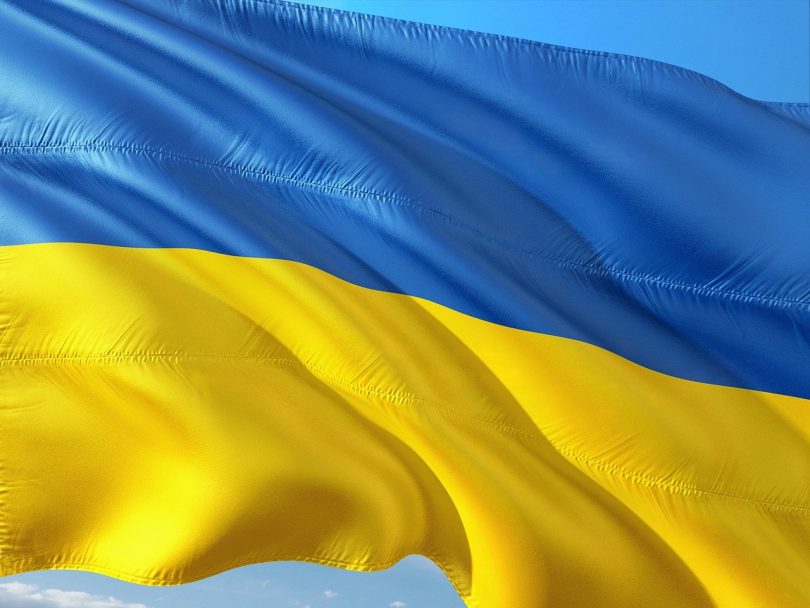 Are we looking at a turn of the tide? We may be. That makes the attitude of the next British prime minister rather critical.

Are We Near a Turn of The Tide?

Well, the Russian pause didn’t last long, but that may prove a significant mistake. After heavy losses suffered during several weeks fighting simply to grab two small pieces of ground the Russian Army needed time to recover and regroup. Losses of men are shocking though reported to be replaced by six months contract soldiers lured by high rates of pay – anything from $ 3800 even to $ 6000 a month worth of roubles. About 34,000 troops are being found through a nation wide scheme to raise volunteer battalions each about 400 strong. The upper age limit has been lifted to 60 with the hope of attracting old soldiers. Russian losses killed are nearing 40,000 and that implies that the number of wounded plus those unfit to fight is three times as many. Yet the Institute for the Study of War ( ISW ) in Washington DC believes the evidence to date shows that despite the urging of the milbloggers, there remains a reluctance to introduce conscription in Russia, instead it has been introduced in the places east of the Urals with Asian populations and in the occupied parts of Ukraine. Wagner group are recruiting convicts.

Apart from the destruction of Russian armour, much of it by man portable American and British missiles, the war has been largely an artillery duel. Ukraine used to make millions of artillery rounds for the Russian army every year – stockpiles in Russia have been building since the 1980s, and the pile of 152 millimetre ammunition is Himalayan.

Consumption of ammunition though is voracious. Ukraine gobbles 6,000 rounds a day, Russia gobbles 20,000 on average – that’s according to a very thorough report for the RUSI written by Jack Watling and Nick Reynolds. Russia’s gunners include soldiers trained and technically qualified to use modern artillery with its quick reaction times founded on the ability to use GPS systems to modify target locations at high speed. There are caveats. Casualties among the better trained and qualified after nearly six months of intensive combat are considerable. Furthermore, most rounds are not fired from ‘ smart ‘ tubes. The Ukrainians report coming under fire from guided rounds fired as dumb rounds (laser-guided rounds fired without using a laser designator to mark the target.) And Russian commanders show unwillingness to release artillery to forward units – hardly surprising given the losses of equipment during the opening attack on Kiev – and artillery has operated as an independent force rather than a support arm. Fire support missions can suffer long delays.

When the Russians bombard a target with old fashioned blast and fragmentation rounds the effect on infantry caught in the open – or civilians trapped in their homes – can be devastating. But the Russians have poor Intelligence, Surveillance, Target Acquisition and Reconnaissance capability – known in the military trade as ISTAR for short. That means their reaction times are slow, allowing their Ukrainian targets enough time to move somewhere else.

Communications for command and control of artillery are often with phone lines to ensure secure communications in the age of wifi because the latter can be hacked. Because on-line communication is not reliable, Russian electronic warfare tactics involve shutting down communications that depend on satellites.

Russian artillery reacts faster and more effectively when it has UAVs (drones) providing target information. They can engage moving targets such as tanks or vehicles with accuracy. As a consequence the Ukrainians place teams armed with Starstreak and Martlet anti-aircraft missiles with their own forward artillery. We have provided the Ukrainians with thousands of Starstreak missiles to shoot down UAVs or bigger prey. Russia has lost many UAVs and Putin’s trip to make a drone supply deal with Iran is evidence that Russian industry cannot replace drones at the speed Ukrainians shoot them down.

Before any large counter offensive can take place Ukraine needs a means to counter Russian electronic warfare. ( EW). Their drones have an average combat life of about a week. Following moving targets such as tanks has become much more difficult and the Ukrainians have resorted to planned routes for reconnaissance drones. If they are provided with improved counter measures, they will be able to use their drones to much better effect. This aspect is covered in detail in that report for the RUSI. Last week the Americans announced a further package of military aid for Ukraine that includes 580 Phoenix Ghost drones ( made by BAE ) along with another sixteen HIMARS rocket artillery launchers and armoured vehicles.

Since the British Army resumed training Ukrainians, so far, their Minister of Defence and his deputy minister already have paid visits to the UK. Both volunteered interesting remarks during interviews reported by The Times. A million strong force is being assembled to clear the Russians out of the Black Sea coast from Kherson eastwards. Armed with western weapons the Ukrainians want to destroy the Russian Black Sea Fleet and take back the Crimea.

Some of the worst attacks on civilian targets are made by warships and submarines firing missiles from the Black Sea. Millions of people throughout the Middle East and Africa are going hungry because of the Russian blockade of Ukraine’s ports.

After eight and a half years of training programmes to NATO alliance standards followed by large supplies of the very latest American and British missiles, followed by supplies of artillery, rocket artillery, armoured vehicles, medical and other support, one can argue that Ukraine is almost a NATO member incognito.

Ukraine’s supply of modern artillery gobbles 155mm and 105mm rounds, and there is now a further consumption of mobile rocket artillery rounds. At least two NATO countries – us and the Americans – need to create an industrial base geared to supply Ukraine for years to come, if needs warrant. Few other NATO member countries are likely to join us, but better volunteers than pressed nations. If only NATO used matching ammunition itself, but different members use different artillery fuses just to give a single example.

Brigades that were up to near NATO standards were split to strengthen weaker Ukrainian brigades and strengthen their army generally. Now the Ukrainian army needs to re-form those brigades as part of a manoeuvre force to drive the Russian army out of its southern coastal regions.

There are signs that a Ukrainian counter offensive may have started in the countryside around the city of Kherson. The ISW does not expect the Ukrainians to release much information at this stage but the ground is open country with no large towns or cities. Russia, quick to confirm its earlier successes, withholds news of losses. Ukraine has launched rocket artillery attacks on Russian ammunition depots, transport centres and bridges around Kherson with the intention of disrupting Russian logistics although without making life impossible for the local population. The Russians claim to have shot down ten HIMARS long-range rockets during an attack on an important bridge in Kherson, but according to the Ukrainians no Russian SAMs were launched until after the HIMARS rockets had struck. The days are over when Russian forces could ignore threats, when their gunners could dump ammunition and position guns without camouflage in open country.

Russia’s army, navy and air force have revealed some serious failings during five months of fighting. Their hold on occupied ground is vulnerable and they do not have sufficient forces to hold down the captive population should there develop widespread resistance. That is a weakness Ukraine can exploit although only when a viable liberation force is ready. So we have a political poker game and a race for the start line.

Russia will try to absorb the occupied parts of Ukraine by political tricks, such as staged referenda – while changing the money, paperwork and even the TV news — the latter already has been changed in Kherson — before the Ukrainians have a force ready that can manoeuvre on a large scale. If the Ukrainians are ready earlier than the Russians expect, they will wave the nuclear threat card.

To release ships trapped in Odessa and other ports requires sea lanes agreed with Russia and Turkey to be swept of mines. Mines laid by Ukraine when the Russians invaded may have moved on their own since February. Sweeping them will weaken Ukraine’s defences. Perhaps they’re less worried now they have Harpoon missiles and have recaptured Snake Island.

That leaves dirty tricks. The first one took place within 48 hours when Russia launched a missile attack on the port of Odessa. Who will trust Russia not to sink the first empty grain ship heading north from the Bosporus? Or the first fully loaded grain ship chugging south towards the Bosporus with food for hungry mouths throughout the Middle East and Horn of Africa plus several other places? I wouldn’t – and strongly believe that a convoy system is required with naval and aircraft escorts to protect the grain ships from air, surface and submarine attack. As I mentioned in a previous Round-up, I believe the UN will need a naval force drawn from volunteer countries. This is a role for the Commonwealth and other countries such as Japan. US Naval Institute News raised these questions a few days ago.

Are we looking at a turn of the tide? We may be. That makes the attitude of the next British prime minister rather critical. Does he or she want Britain to remain the second largest donor of military and other aid to Ukraine? Bear in mind that Ben Wallace had to spend months overcoming objections from mandarins in the FCDO and Cabinet Office before he began sending supplies of missiles that saved the day. Had we still been in the EU our help would have been in line with theirs – negligible – rather second only to the United States.