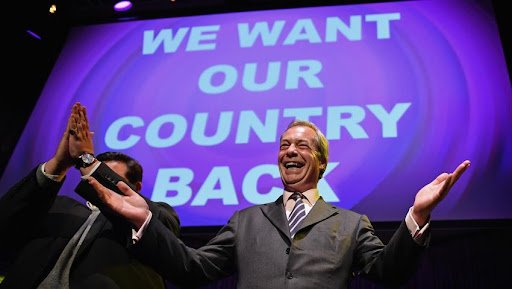 Brexit is frequently described in the mainstream media as right wing. But it is the Remainer addiction to a low wage economy that is more reminiscent of a Dickensian Britain

Those of us who were on the Brexiteer side of the argument in the run up to the referendum and the agonising years that followed will vividly recall the experience of regularly being encircled by concerned friends and colleagues intent on dragging us back towards the established liberal consensus.  The two primary lines of argument directed against us centred on what one might call political morality, while the other was economic.

Many influential Remainers represented that section of society who see themselves as the arbiters of right-thinking: those who feel entitled and empowered to dictate the course of the national conversation and to set the agenda for the rest of us to follow.  There was a natural and deeply held faith in the inherent decency and morality of their approach.  Remaining in the EU was self-evidently the right and proper thing to do.  These entrenched views allowed Remainers to comfortably dismiss the ‘wrong’ democratic outcomes as ‘populist’ – to the accompaniment of mood-setting mainstream media pieces reminding us how Fascism took hold in Germany; to accuse Brexiteers of racism; and to deliver endless lectures and statistics warning that Brexit would be a complete and utter economic disaster.  These views were so deeply held within much of our erstwhile ruling elite, that it took not one, but four national votes to finally get Brexit over the line.

To have had their advice so firmly rejected on multiple occasions by the electorate has left many of these people in an almighty huff.  And this anger isn’t simply the result of having lost an argument they expected to win.  It actually boils down – as so often in politics – to earthier issues around power and economic self-interest.  While most who voted Remain have moved on, a sizeable and influential minority remain intent on fighting the fight to re-engage with the EU and to coax the UK back into Brussels’ orbit.  Brexit continues to be attacked as an ill-conceived ‘right wing’ project.  Frequent attempts are made to blame this or that issue on Brexit.  This site has a proud track record of rebutting such attacks.

The assumption that Brexit is the preserve of the Right deserves to be challenged.  Much of the mainstream media continues, in a rather knee-jerk way, to label Brexit as ‘right-wing’ (and therefore bad).  This reflects an unquestioning and entrenched confidence amongst Remainers in the soundness of their cause.  The Liberal Democrats, Labour, the SNP and the Greens have all presented Remain arguments as representing a morally-based left of centre position.  The Conservatives came within an ace of a complete split over Brexit, with the Remain wing painting themselves firmly as being on the Left of the party.  Does this really stack up?

One presumes that leading Brexiteer figures on the Left (Baroness Fox, Baroness Hoey, Graham Stringer MP (Lab), Brendan O’Neill (Editor of Spiked) and Paul Embery all spring to mind) would have something to say about this.   Embery, it will be recalled, has just won his employment tribunal case against the Fire Brigades’ Union for sacking him for having the temerity to speak in a personal capacity at a Leave Means Leave rally in 2019.

There is also something really quite extraordinary about watching the self-proclaimed left-wing Remainer establishment advocating the sort of social and economic agenda that would not have looked out of place in a Dickens novel.  Maybe there was always a good old dose of British hypocrisy behind well to do middle class intellectuals driving the socialist agenda a hundred years or so ago – or indeed behind the so-called ‘champagne socialists’ of the Blairite era.  Plus ça change.

The global financial crisis that marked the end of the era when Labour politicians were ‘intensely relaxed about people getting filthy rich, as long as they pay their taxes’ put a severe dent in voters’ faith in the competence of their ruling class.  That confidence was further undermined by Iraq.  Post-2016 parliamentary shenanigans to neuter the democratically expressed will of the UK people on Brexit, sundry Tory lobbying scandals and now Afghanistan (where the liberal interventionist conditions were set under the Blair administration) won’t have done anything to restore that faith.

For many on the Remain side, the period between the global financial crisis and our departure from the EU was simply fabulous.  The QE binge helped to inflate asset prices for investors and property owners, CEO pay spiralled, bankers, lawyers and accountants earned a fortune.  Meanwhile, senior civil servants and politicians could look forward to a significant wealth top up when their public service came to an end by securing roles advising large corporates or lobbying organisations on how best to secure lucrative UK government contracts or navigate the corridors of power in Brussels.  Small wonder that, for the vast majority of this group, there was little appetite for change.

But, for the much-derided ordinary voter at the less well-off end of the spectrum, the ‘liberal consensus’ on the Left appeared to be set on a range of policies that were most definitely not in their interest.  Two examples help to illustrate the point:

On both these issues, Brexiteers have been advocating what used to be regarded as bog standard left-wing positions (striving for an economic model that doesn’t rely on exporting jobs or driving down wages by importing limitless cheap foreign labour), while many on the Left have become the unthinking/instinctive allies of big money capital and vested interests.   What is the explanation for this looking glass inversion of political norms we once took for granted?  One is that, for all the criticisms levelled against him, Boris Johnson has followed the advice of Winston Churchill and opted to ‘trust the people’.  He should stick firmly to his One Nation Tory instincts and not therefore abandon the Red Wall.  Meanwhile, one might venture that many on the Left are now very middle class, with no real experience of how working people live and often a distaste for them.  And, as for those who aren’t in this group, including many trade union leaders (some of whom are rather well paid), it may very well be that they were long ago seduced by the opportunities offered by EU membership to secure promises of power, money and influence.