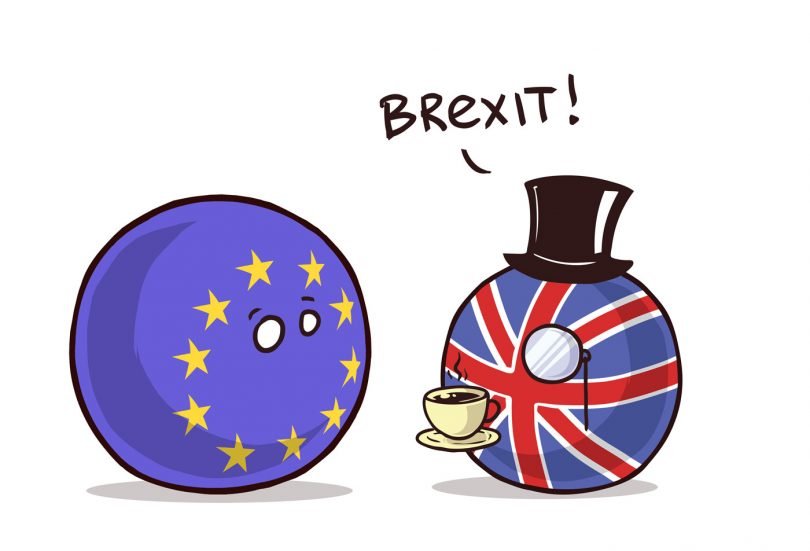 The Withdrawal Agreement is so full of absurdities that neither Leavers nor Remainers could possibly accept it.

Remainers immediately called it the “worst of both worlds”. So can we make sense of this? We can if we look through Lewis Carroll’s eyes. The WA has been drafted with the support of pro-Remain civil servants using the Mad Hatter strategy of putting forward proposals that are completely barking. The clear purpose of this strategy is for the population to begin thinking that, if this is what Brexit means, we’d be better off remaining in the EU.

As Michel Barnier, the EU’s chief Brexit negotiator, has said repeatedly, only the combination of the European Union’s single market (SM) and the customs union (CU) removes UK-EU borders. Outside of the CU, there need to be procedures and customs checks. And outside of the SM, you necessarily have controls to confirm compliance with EU regulations. In short, the integrity of the SM, the CU and the EU legal order, as determined by the European Court of Justice (ECJ), is inviolable.

Nevertheless, World Trade Organisation (WTO) rules – which all member countries also have to obey – mandate “seamless” borders and non-discrimination in standards which should avoid the border “frictions” that occur with UK-EU trade, once the UK becomes a third country, much as it does with EU trade with other non-EU countries.

Under the Withdrawal Agreement “the EU will retain all the controls”

However, the Withdrawal Agreement (WA) signed by Theresa May on 25 November 2018 stipulates that the UK – to achieve frictionless trade outside both the SM and CU – needs to stick to a common rulebook with Brussels on goods and agricultural produce. Yet at the same time, the UK will still be able to implement trade deals with the rest of the world if they do not conflict with this rulebook.

The UK Government must know that the EU will take the WA as just a starting point and demand such changes that in effect keep the UK in the SM and CU in all but name, using the Irish backstop as leverage. Sir Ivan Rogers, our former ambassador to the EU, has made it perfectly clear that the EU will “have the UK against the wall” any time it wants. Sabine Weyand, Michel Barnier’s lieutenant, has confirmed that “[we] must align [our] rules, but the EU will retain all the controls”.

Because we will be outside the EU, we will not have a vote on future changes to the EU’s rules and regulations and will still have to abide by the decisions of the ECJ.

To give just one illustration.  The WA would allow multinational businesses to lobby Brussels for new regulations and new tariffs that would unambiguously harm UK businesses or make UK consumers worse off. Yet, the UK Parliament would not be able to veto these.

It will be impossible for us to negotiate free trade deals

The Government must equally be aware that it will be impossible to negotiate free trade deals if we have already agreed to accept all the EU’s rules and regulations.

The WA is so full of absurdities that neither Leavers nor Remainers could possibly accept it.  Remainers immediately called it the “worst of both worlds”. So can we make sense of this? We can if we look through Lewis Carroll’s eyes.

The WA has been drafted with the support of pro-Remain civil servants using the Mad Hatter strategy  of putting forward proposals that are completely barking – leaving the EU, while still having to obey all EU laws, but without a vote or veto; claiming this is the only way of having “frictionless trade”, when WTO rules mandate this very thing;  then claiming it is the only way of avoiding a hard border in Ireland, when the UK, Ireland and the EU have all said that they will not impose a hard border; and  finally maintaining  the notional freedom to negotiate trade deals with other countries, but on terms that no other country could possibly accept.

The clear purpose of this strategy is for the population to begin thinking that, if this is what Brexit means, we’d be better off remaining in the EU.

In short, the WA is not intended to be the final stage of a transition to a “softer Brexit”, but rather the first stage in the establishment’s campaign – led by the senior civil servants at No. 10 – to reverse Brexit.

One strong piece of evidence for this comes from the “alternative” White Paper that was being prepared by the Department for Exiting the European Union.  This was developing proposals for a “Canada plus plus plus” free trade deal – which covers both goods and services (in particular, financial services) and is the only sensible trade deal consistent with the Referendum result.  These proposals were blocked by the Prime Minister and her mandarins which led to David Davis’s resignation.

The deliberate incompetence of the UK’s negotiating strategy

Then add in the deliberate incompetence of the UK’s negotiating strategy.  Triggering Article 50 before we were fully prepared.  Agreeing – in the context of the fixed two-year time frame for the negotiations – to the sequencing of the three stages of the negotiations (divorce, withdrawal and future relationship) where the EU alone determines when each stage is finished. Agreeing to pay a £39bn divorce bill before any trade deal was in place.

This is all part of the Mad Hatter’s strategy.  Lord Kerr, the British civil servant who drafted Article 50, said that he deliberately chose the short two-year time frame to make it virtually impossible for any country to leave the EU. Lord Heseltine said on the day after the Referendum that Brexit would never happen.

The dirty tricks of Remainers and the ECJ

There are two final pieces of evidence. First is the call from strong Remain supporters for a Peoples’ Vote with three options – accept the terms of the WA, go for a “no deal” or stay in the EU – whose only purpose would be to split the Leave vote. This, of course, is merely code of a second Referendum – the standard strategy the EU uses when it does not get its way the first time. People have to keep voting until they make the decision that the EU wants – as previously happened in France, Holland and Ireland.

Second is the ruling by the ECJ on 10 December 2018 that the UK can, “as a sovereign country”, unilaterally revoke Article 50 of the Treaty on European Union, “since it would be inconsistent with the EU treaties’ purpose of creating an ever closer union amongst the peoples of Europe to force the withdrawal of a Member State against its will”.  On cue, along comes the ECJ and says “if you don’t like the WA and we knew you wouldn’t, you can always stay in the EU”. We don’t even need to bother to vote for this. Immediately, former Prime Minister, Sir John Major, called for the revocation of Article 50 and this was supported by Ken Clarke MP and Tony Blair.

Only a clean Brexit defeats the Mad Hatters

So there you have it. There are only two coherent cases: being fully in the EU or fully out. There is no coherent half in – half out solution.

If we are going to honour the Referendum result, the WA needs to be dropped and the “alternative” White Paper reinstated immediately as the strategy for negotiating our long-term future trading relationship with the EU. In the interim, we should leave the EU on 29 March 2019 with an immediate World Trade Deal – which is the way we conduct nearly 60% of our international trade already.

This means a clean Brexit and getting back to the real world outside the CU and SM, where around 85% of the world’s GDP is generated – and which is where, even the EU admits, 90% of the world’s future growth will take place. In this world, we can set our own tariffs and regulations to suit UK customers and the 92% of firms that do not trade with the EU.

The CU imposes tariffs and other non-tariff barriers on more than 13,000 imported goods. As a result, EU consumers are paying an average of 20% above world prices on food and manufactured goods – don’t forget that the CU was set up to protect French farmers and German manufacturers.

Reduce trade barriers to make everyone better off

If these  barriers were reduced from 20% to 10%, UK GDP would rise by 4%. Tariffs on imported goods that the UK does not have a domestic industry to protect, such as tea, coffee and oranges, could be reduced to zero. Similarly, the 12% devaluation of sterling against the euro following the Referendum raised the prices of imports by 12%; the prices of these imports could be restored to their pre-Referendum levels by abolishing all import tariffs of 12% or less.  One of the world’s most successful trade liberalisation policies is that of Australia, beginning in 1986, which increased Australia’s GDP by 5.4%. So a 4% gain to the UK economy from a similar liberalisation policy is by no means unrealistic.

If the EU is not prepared to cooperate with us – as seems increasingly likely – then there needs to be a major step up in border preparations to deal with the findings of a recent NAO report (The UK border: preparedness for EU exit) which said that 11 of the 12 critical IT systems needed at the UK border are at risk of not being ready by 29 March 2019.

As for the Irish border question, there are a whole range of well-established technological solutions for dealing with customs clearances away from the border that work well everywhere else in the world, as Graham Gudgin and Ray Bassett have pointed out. And this has been reiterated by a number of customs experts, including HMRC’s chief executive Jon Thompson; Lars Karlsson, the former Director of the World Customs Organization, who wrote Smart Border 2.0: Avoiding a Hard Border on the Island of Ireland for Customs Control and the Free Movement of Persons for the European Parliament; and Hans Maessen, Brexit advisor at SGS Government and Institutions Services and author of Drive Through Borders: A Comprehensive UK and EU Customs Strategy for Brexit. This is not “magical thinking” as the EU likes to put it.  As Hilary Benn MP confirmed on BBC’s Any Questions? on 15 December 2018, it would be the EU that would have to impose a hard border in Ireland to protect the integrity of the SM – and they repeatedly said they do not want to have to do that.

It really is time to say goodbye in the traditional way to all the Mad Hatters in Whitehall and the establishment trying to frustrate Brexit and trap us in an increasingly protectionist and authoritarian EU. Goodbye.

This is a revised version of an article that originally appeared in the Daily Telegraph.