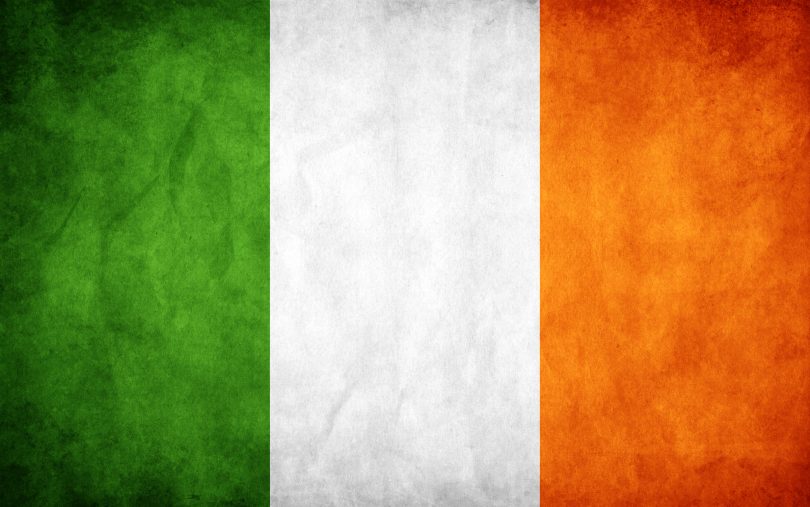 Everyone can surely now see that putting a border down the Irish sea and breaking up the UK’s internal market to “preserve the peace” in Northern Ireland (as the EU would have us believe), was a massive mistake. Northern Ireland’s Unionists are rightly very aggrieved at being taken out of the UK without any say on the matter – contrary to the principle of democratic consent enshrined in the Good Friday Agreement – especially as Boris Johnson assured them several times in the run up to the 2019 general election that under his “oven-ready deal” there would be no border down the Irish sea.

The EU and UK Remainers were adamant that only an open border between Northern Ireland and the Republic of Ireland, with no customs checks, could maintain peace on the island of Ireland and protect the EU’s Single Market. (A specious claim encouraged by Theresa May’s government in order to create the backstop which would trap the entire UK under EU control, thereby negating Brexit). Boris Johnson renegotiated the backstop with his hands tied by a rogue Remainer Parliament. Consequently, the current Northern Ireland Protocol (NIP) was drafted in a great hurry. It effectively moved a border between two separate countries to one between two parts of the same country, splitting the United Kingdom. This means that goods exported to or imported from Great Britain must now go through customs inspections and food safety check before they leave or enter Northern Ireland.

So why would anyone believe that it was sensible to put a border between Northern Ireland and its largest trading partner? By far the largest sector of Northern Irish sales to Great Britain came from the ‘Food, beverages and tobacco’ sectors. Meanwhile, in 2019 NISRA reports that food and live animal exports to the Republic accounted for just under £1 billion, while similar imports from the Republic were worth even less at £897 million. Most of this was finished food: live animal exports amounted to only £14.7 million, while imports were £34.2 million. In total, less than £50 million in cross-border live animal trade.

In the run up to last year’s US election, President Biden claimed that he would oppose anything that undermined the Good Friday Agreement – it was assumed  by many that he was referring to the reintroduction of customs checks at the border between Northern Ireland and the Republic of Ireland. But of course, the GFA makes no mention of this. Support for the GFA should not be equated with support for the Northern Ireland Protocol, which is in fact now undoing much of the good work established under the GFA.

It is evident that the EU has only ever been interested in retaining its dominant share of captive UK markets. It has displayed astonishing insensitivity and ignorance of Irish issues in trying to drive a wedge between London and Belfast for its own political ends. Brussels hopes to use a new hard border to frustrate trade been NI and GB so much that the British government will agree to sign away its hard-won regulatory autonomy by committing to dynamic alignment with EU regulations, particularly in agriculture. Dynamic alignment was a key demand by France in post-Brexit talks, and EU politicians are very unhappy that the UK has escaped its control. EU supporters are now being beamed-in from every media outlet offering this as a pre-packaged “solution”, claiming that the only way to quell violence in Northern Ireland would be for the whole of the UK to follow the EU’s sanitary and phytosanitary (SPS) regulations.

Following such disingenuous advice would immediately hobble UK trade policy (as the old backstop was designed to do). In effect it would mean that the UK would have to enforce EU regulations on third countries, thus preventing trade agreements with other big agricultural producers such as Australia, New Zealand and the USA. This would ensure that the UK remains a captive market for expensive EU agricultural products.

Pro-EU commentators don’t like to mention that the UK imports far more agricultural produce from the EU than it exports. Since 1 January this year, EU efforts have been designed to impede UK exports to the EU with excessive paperwork, veterinary checks, and consignment issues. But the British media never mentions that this trade is a fraction of the trade going in the other direction – generally waived though by UK customs officials at the moment.

According to DEFRA, in 2019 the UK imported £33.7 billion of agricultural goods from the EU but only exported £14.2 billion. But google UK imports from the EU, and all the headlines which appear decry the drop in UK exports to the EU. This constant distraction about exports is a classic conjurer’s misdirection.  While the press worries about exports, truck-load after truck-load of EU imports arrives at Channel ports.

Meanwhile the UK only imported £14.2 billion worth of agricultural goods from  non-EU producers. And most of this was fruit and vegetables which do not grow in a European climate, otherwise the EU would have already cornered the market. Meat and dairy products from non-EU sources amounted to a mere £1.2 billion in 2019 – a fraction of the £8.8 billion that the UK imported from the EU. Why? EU products are more expensive and arguably not as good as meat from Australia, for example. The wide discrepancy is due to EU trade barriers which prevent the importation of less expensive meat, eggs and dairy products from more efficient food-producing countries.

At long last, the UK has a chance to change this. A delegation has flown in from Australia to finalise a trade deal. It would be pointless if this deal does not include agricultural goods, which Australia produces efficiently and to an exceptionally high standard. As the UK is a major importer of food in general and meat in particular – the UK’s net imports (by volume) are about 10% of the chicken the UK consumes, 20% of the Beef and 40% of the Pork. An agricultural trade deal with Australia would be a perfect symbiotic trading partnership, with the added advantage that many agricultural products are seasonal, and Australia’s seasons are the opposite to UK’s. Australia’s climate is also very different, more like a southern European country’s, so UK farmers should not be worried about increased competition. In fact, they would benefit by no longer having to deal with price suppression due to increased supply from EU farmers during peak Northern hemisphere harvest season. Diversity of suppliers is not only good for competition, it helps ensure food security in an era of climate events which can seriously impact crops.

Agricultural trade with Australia need not be one way. The UK’s largest food export is whisky, but gin and other spirts are growing export industries. The UK is a net exporter of lamb,  but lamb is also seasonal so could potentially be sold to Australians in their Winter. And Australia really doesn’t produce any blue cheese as good as Stilton or Dorset Blue.

But if the UK really wants to become a food exporting nation, British farmers need to concentrate on becoming more efficient producers and increasing production in areas where they have a natural advantage. Diverging from EU regulations would not just be good for trade. It would also allow UK farmers to increase productivity by ditching the EU’s precautionary principle which has hampered the adoption of new technologies and new crop varieties developed using gene editing.

The more one examines the NIP, the more obvious it seems that the UK must walk away. The Protocol is a political sledgehammer being used to crack a small technical nut. The EU has no intention of adopting the UK’s light touch border checks (which are in fact allowed for in the Protocol itself), so the UK needs to return the border to its rightful place and use technology, not paperwork, to record trade. Sacrificing peace in Ireland, the integrity of the United Kingdom and access to cheaper global markets in order to enforce the rules of a Kafkaesque bureaucracy on items like pork pies or crisps is quite frankly ludicrous. The EU is just not that important on the world stage, and is becoming less relevant by the day as developing nations move forward while it remains stuck in its regulatory quagmire.