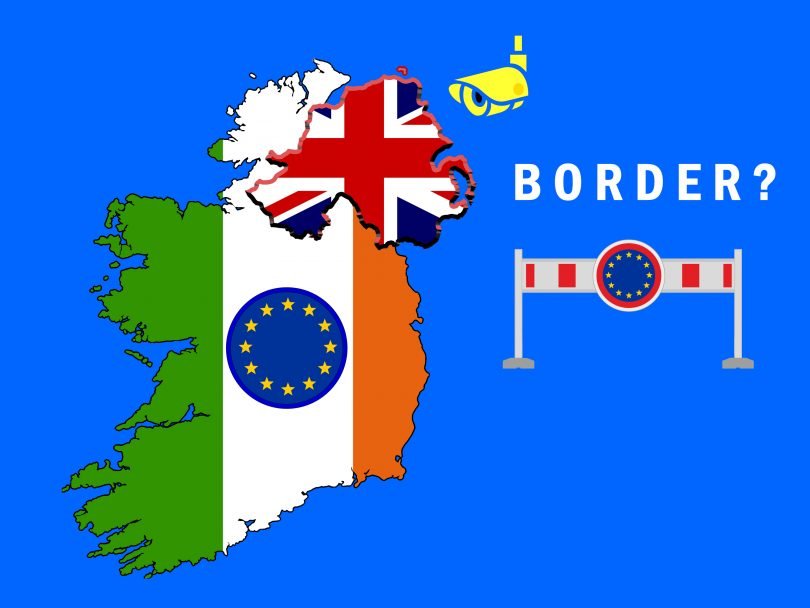 When Graham Gudgin gave evidence to the House of Commons Northern Affairs Committee this week the (Remainer) chairman decided not to take opening statements. Here is his prepared opening statement in which he argues that Irish Protocol is a bad document from the UK perspective. The Johnson Government is correct to aim to change it.

Those who protest that we can never break international law surely protest too much. There must be circumstances in which previously agreed treaties are too onerous or troublesome to live with. When both sides agree, then change is relatively easy. When one wants to press home a previously secured advantage then change is of course much more difficult but may nevertheless be necessary.

Changing the Irish Protocol when it was signed only last October is certainly embarrassing, especially when the Government asserted at the time that it was a good deal. Of course, it was very far from a good deal and most, if not all, supporters of Brexit knew that well enough, but in the utterly fraught circumstances of the Benn Amendment the Government’s choices were highly constrained and unseemly.

To secure an election and achieve Brexit it needed a deal with the EU. Under the Benn Amendment the EU could pretty well dictate what that deal would be. The PM’s gambit was to offer what the EU had originally wanted prior to Theresa May’s Chequers proposal despite this involving a border in the Irish sea and hence what Theresa May had previously said no British Government could sign up to.

The unappetising choice was to accept this deal or run the pressing danger of no Brexit at all. Boris Johnson decided, rightly in my view, to accept the damaging protocol with one important addition, inserted over loud anti-democratic protests in Dublin. This was the right of the Northern Ireland Assembly to reject the protocol after four years. The Prime Minister then characteristically and wrongly, but perhaps necessarily claimed this was a great deal.

However embarrassing the circumstances, the Protocol is so damaging to UK unity and to the Good Friday Agreement that it must be changed. The Protocol itself is so imprecise and self-contradictory that there is really no need to admit breaking international law.  It would seem better to claim that the UK interpretation of what the Protocol says is correct, and to argue this out with the EU. Motivation is hard to interpret but No.10 argues privately that an admission of law-breaking now will help later.

Those who oppose what the Internal Market Bill does, need to read the Protocol. Its three objectives, set out in article one, are to:

It proposes to do this:

Most of this is blarney. The real aim of protecting the EU Single Market is not even mentioned. The Irish priority avoiding an operational trade border within the island of Ireland is included but only within a carapace of misleading additional aims.

The Protocol is not needed to maintain North-South cooperation. The Good Friday Agreement’s North-South Ministerial Council already does that irrespective of Brexit, as argued by in the Irish Times by Andy Pollak, founding director of the Institute of Cross-Border Studies and the respected Irish Times columnist Newton Emerson.

Neither does the Protocol protect the GFA. As Lord Trimble has argued in Policy Exchange article, on the contrary it runs a coach and horses through it; it has driven it into the ditch. It does this by imposing a series of new institutions on NI outside the GFA without the consent of either the people of NI or the NI Assembly.

Finally, the Protocol does not respect the territorial integrity of the UK. Indeed, it requires the repeal of the 1801 Act of Union by imposing a customs border between NI and GB – an incredible state of affairs.

The Protocol adopts a maximalist position in protecting EU interests including export declarations from NI which serve little purpose for anyone, and attempts to use NI as a back door to impose EU state aid rules on GB.  It gives to the Withdrawal Agreement’s Joint Committee the right of deciding which goods going into NI from GB are at risk of reaching the EU, but does so without defining the circumstances in which goods are to be treated as being ‘at risk’. The UK thus has little control over what goods passing within the UK, between GB and NI require customs checks.

In these circumstances the Government is correct to attempt to rectify these weaknesses and to interpret the ambiguities and contradictions in the Protocol to the UK’s advantage. The Bill does not deal with east-west trade and thus does not go far enough. Further clauses in a Finance Bill are needed for this purpose.

Will all of this scupper a trade deal with the EU? Probably not, and it is significant that the EU has not broken off talks. Brussels has quickly rectified its omission in not listing the UK as a potential source of food imports, since this omission was given by the UK as a cause of its need to legislate. The EU can achieve most of its real (rather than pretended) aims by agreeing a trade deal and operating sensitively in the Joint Committee.

In these circumstances the UK’s threat to break international law can be quietly forgotten. Japan was not deterred from signing a trade deal with the UK and it is difficult to imagine that an obscure spat about EU influence over internal trade within the UK will deter others. Senior US congressman tell us privately that  Irish American bluster about the Good Friday Agreement  is unlikely to block a US:UK free trade agreement.

A trade deal between two countries which already enjoy free trade, and which begin with identical commercial regulations should have been a formality. The tiny amount of trade across the Irish land border could have been easily dealt with given a modicum of goodwill. The UK has made almost no fuss about EU goods entering the UK via Northern Ireland while the EU has continually maximised the threats to its own borders. With such bad faith the UK has little choice but to flex its muscles, something the May Government should have done long ago.

Dr Gudgin’s full submission to the NI Affairs Committee is reproduced on the Briefings page of this site at https://www.briefingsforbritain.co.uk/submission-to-ni-affairs-committee-inquiry-brexit-and-the-ni-protocol/.

The transcript of the oral evidence at the session is on the House of Commons website at https://committees.parliament.uk/oralevidence/915/pdf/