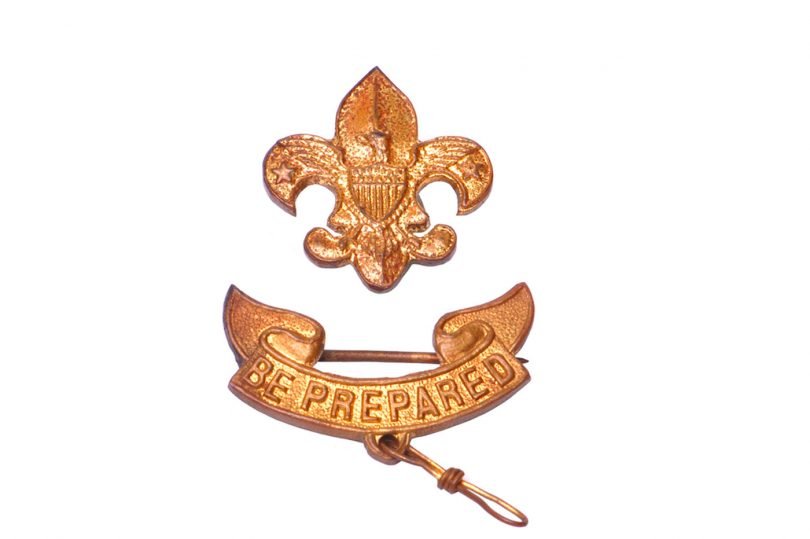 If those supermarkets that threaten empty shelves are in earnest, they should be worried about their shareholders’ anger at their gross mismanagement.

When I worked in a large City dealing room in the 1990’s, the firm I worked for had an entire emergency dealing room set up outside London. It’s where we were to assemble if there were ever a terrorist attack on our building. We were unlikely to be a target but had managed to be close to two buildings that were shattered by separate IRA car bombs requiring months of repair work. Financial services firms cannot afford to be out of business for even an hour, let alone a few months. So, we got an emergency dealing room.

Similarly, during the Saars outbreak in 2003, the managing director of a global bank in London told me that he had stockpiled 4000 ampoules of antiviral medicine, just it cases the deadly virus researched London and infected his staff. He took the view that you were better to be prepared than risk having your key staff contract a deadly virus.

At the end of last year, I was speaking to representatives from three multinational banks based in London. Their firms had prepared for a no-deal Brexit and were already enacting their strategies: moving some staff, transferring EU customer positions and capital. Interestingly they also said that even if Brexit was cancelled, they would continue with their plans. They had decided that they could grow their EU27 business by having staff on the ground as well as avert any problems caused by a loss of EU passporting. They weren’t waiting for the government to get a deal, nor were they asking it to change its manifesto commitments; they were just rearranging their own business models to maximize their returns in the base case scenario, ‘leaving the EU without a withdrawal agreement’.

What has gone wrong for UK supermarkets and UK vegetable farmers? Why did a group of supermarkets publish an open letter to Members of Parliament yesterday claiming that, two and a half years after the Brexit referendum, they are still not prepared to leave the EU?

The supermarkets complained that they will not be able to get supplies in through the Dover Calais transport corridor, even though both the French and the Dover authorities have stated that they are prepared for a no deal Brexit.

The supermarkets complained that their delicate cargoes will perish if delayed at the border. But why would it ever take more than two weeks for a truck of vegetable to get through Dover? We are the customer and we will control our own border procedures, tariffs level and food standards. So why would the UK government make these hurdles so onerous that imported food perished at the border?

The supermarkets complained that a lower pound will increase wholesale prices and make their businesses less profitable. But the UK has always had a different currency from the EU. Does anyone really believe that these supermarkets have never bothered to hedge their currency risk? Currency movements happen all the time – not just at Brexit. Hedging is simply good business practice.

Besides, there are many countries with currencies that have not increased against the pound, that are also able to grow and supply the UK with food. There is no obligation for the UK to exclusively buy food from the eurozone.

It is hard to believe that these supermarkets have become such large businesses if they truly believed that any of their complaints will be a real problem.

The media then extrapolated this letter by reporting that there would be empty shelves in supermarkets after Brexit. A claim that, if anyone believed it, should have sent their share prices plunging. They are listed companies and if empty shelves were a real risk, they should have been alerting their shareholders and the stock market about their mismanagement rather than publishing an open letter in the Daily Mail.

(I imagine that most of them are desperately hoping that their shareholders don’t read the Daily Mail.)

But why are they so unprepared? Were the Supermarkets hoping that Brexit would just go away? Were they hoping that they would not have to prepare for it? Did they believe that they could do nothing and then complain to the government to fix their problems for them? That is not how business works. Or at least not how it is meant to work.

One supermarket that didn’t sign the letter was Tesco, who instead yesterday revealed plans to cut jobs in their head office to streamline their business as part of a turnaround plan. Maybe this would be a good example for the others to follow, if their profits are in fact reduced because they forgot to hedge their currency or look for alternative cheaper suppliers.

The supermarkets also complained in their letter that they will have to pay tariffs on their EU27 imports, but after Brexit, tariffs would be imposed by the UK government and so could easily be lowered, especially on food that the UK does not produce. Incredibly the supermarkets claimed that if the UK lowers or removes tariffs on EU food, then this would somehow drive UK suppliers out of business. According to Agriculture UK, in 2017 the UK imported £32b of agricultural products from the EU, of which a whopping £6bn was for fresh fruit and vegetables.

Preposterously the supermarkets also stated that as fruit and vegetable are out of season in the UK in March they must be sourced from the EU. But fruit and vegetables are out of season in March in the EU as well, France is after all only 20 miles away and Ireland is no distance at all. However, in 2019, out of season is not the problem that it used to be. My local farmers’ market is still selling ripe tomatoes in the middle of January. Where do they get these tomatoes? Not South Africa or Kenya – but from the Isle of Wight. How do they do this in January?   Polytunnels: exactly the same technology that is used in the Netherlands.

Contrary to the implications of the letter, the four biggest markets supplying the UK with agricultural goods are not the southern countries with better weather and longer growing seasons, but the Netherlands (£5.5bn), France (£4.5bn), Germany (£4.4bn) and Ireland (£4.3bn). Three of these countries have climates very similar to the UK’s. If the Netherlands can grow vegetables hydroponically in polytunnels in March, then the farmers of Kent or Suffolk can as well.

Leaving the EU should be giving UK farmers a massive boost and if they aren’t taking advantage of this, then like UK banks opening offices in the EU27, Dutch vegetable farmers should be setting up farms in the UK to avoid any loss of income or market share.  England has the same population density as the Netherlands and a similar climate – if the Netherlands can produce enough food to feed its own population, as well as being one of the biggest food exporters within the EU, then the UK could to.

Alas, after two and a half years and with only 60 days to go, UK supermarkets prefer to write an open letter to MPs asking them to change government policy so that the supermarkets can avoid the “shock” of a no deal Brexit. Although this will be an easier solution for the supermarkets than changing their business model, free market capitalism requires a more Darwinian outcome.

Hopefully, the customers of these unprepared supermarkets will move to alternative providers who have prepared for a no deal Brexit. If not, I would like to suggest the Competition and Markets Authority has a very good look at the barriers to entry in the supermarket business that are enabling these unprepared companies to hold the UK Government to ransom.

Catherine McBride is an economist who has worked in financial services in London for 19 years and now works at a think tank researching Financial Regulation. She is writing in a personal capacity.