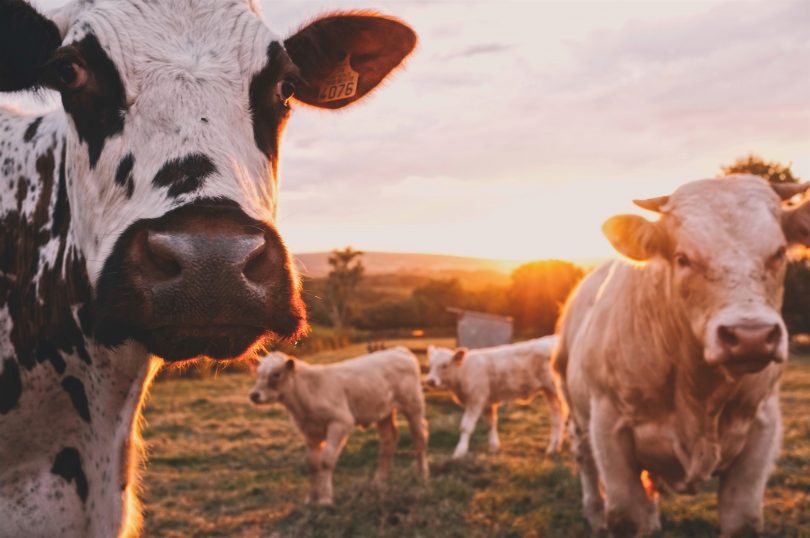 A new Trade and Agriculture Commission is to oversee and report on the impact on farming of any new trade deal before it is approved. The problem is that the Commission overwhelmingly represents producers. Which other industry gets to restrict cheaper or better-imported competition? Who is defending the interests of consumers, including hard-pressed families paying more for their food than they need to?

It was surprising to read in the Guardian on Sunday that the government had ‘finally vowed not to allow chlorinated chicken or hormone-fed beef on to British supermarket shelves’, because the UK imported all of the EU’s regulations as part of the EU (Withdrawal) Bill in 2018, including the EU’s ban on chicken meat that has been washed in pathogen reduction treatments and  beef from cattle that have been given hormone supplements.  So nothing new there.

However, the much more troubling part of this Guardian article is that the International Trade Secretary, Liz Truss, and the Environment Minister, George Eustice, have agreed to put the Trade and Agriculture Commission onto a 3-year statutory footing. This Commission will write an ‘independent’ report on the impact on UK farming of any trade deal negotiated by the Department for International Trade before that deal is scrutinized by parliament.

Why is a statutory Trade and Agriculture Commission a problem? Well, first we need to look at who is on the fifteen member Commission: there are representatives from the National Farmers Union (NFU) England, The NFU Scotland, NFU Cymru, the Ulster Farmers Union and The Farmers Union of Wales as well as someone described as simply a Lamb Farmer. So, six out of fifteen commissioners are UK farmers or farmers unions. There are also representatives from the Food and Drink association, UK Hospitality, the British Retail Consortium and the Chairman of the Commission who is both a former CEO of the UK Food Standards Agency as well as a former Tesco Quality Director. Tesco is of course the largest supermarket chain in the UK. So, ten out of the fifteen members could be considered to have a vested interest in retaining the status quo. The final five members include a Former Chief Vet, a Former Trade Minister, a representative from an environment group, a Trade lawyer and a representative from Trade Out of Poverty.

While the final five members all sound as if they could advise the Government independently and wisely about some of the issues that could arise from a trade agreement and how animals are treated in other countries. I cannot help feeling that their voices will be drowned out by those of the farmers unions, who as we have recently seen are wealthy enough and organised enough to use PR companies, gullible journalists and celebrity chefs to get their own way, should their voice on the commission ever be overruled.

International trade should be about improving consumer choice and promoting competition in the market; however I cannot see this group welcoming either – except in the minority report. It would be unrealistic to expect these farmers unions to overlook their own interests for the greater good and recommend a trade deal with a country with significantly lower agricultural production costs. What industry group would? Even though a trade deal that may be less advantageous for UK farmers might be hugely beneficial for other parts of the UK economy or to UK consumers. What makes farmers so special? Which other industry gets to restrict cheaper or better imported competition?

But isn’t this about animal welfare?

The farmers Unions have paid for a lot of PR to convince Daily Mail readers that the NFU’s complaint is not about competition but about animal welfare and yet the two issues that they make most noise about about do not hurt the animals at all. Pathogen reduction treatments happen after the chickens have been slaughtered. While a hormone pellet injection is no more painful than microchipping your dog – yet the animal welfare defenders are unperturbed by microchipping.

The Guardian story claims that cattle are ‘fed hormones’, when actually hormones are dripped into the animal’s bloodstream from a pellet injected into the back of the animal’s ear. But this quite regular Freudian slip is why I have never been convinced that the NFU even understands the processes that they are objecting to, any more than they are concerned about animal welfare.

The only animals UK regulations can protect are our own. If we choose not to trade with a country because they dock their pigs’ tails or force-feed their geese, (two EU practices the NFU is also unperturbed by) that will not change conditions for those animals. In general, all farmers look after their animals because their animals are their means of production and their assets. Different farming methods generally reflect differences in climate, land availability, traditions or consumer preferences: not a farmer’s propensity for cruelty.

While ignoring the forced feeding of geese in Europe, the NFU claims that the US requirement to wash chicken meat after slaughter is to disguise the chicken’s ill treatment, while housed in massive industrial farms. But UK chicken meat has higher levels of campylobacter than US chicken – should we assume that UK chickens are kept in the same or similar conditions as chickens in the US? Well, yes we should, because, yes they are: 90% of UK chickens are raised to the UK’s minimum standards, in massive sheds. And the Guardian has published some of the best exposes of these British mega farms. The only real difference is that UK chicken meat is not washed after it is slaughtered, even though according to the NHS website recent studies have found that 50% of the chicken sold in the UK carries campylobacter bacteria.

Can’t the UK just grow its own food?

If the UK government is able to negotiate a trade deal with a major exporter of agricultural goods, it is highly likely that country will be a more efficient producer than the UK. The fact that the UK is a net importer of food must surely be evidence that our farmers are not producing enough to even feed the UK’s present population. With just under 9.1 million hectares of farmland in the UK, slightly less than in 2004, but with a population that has increased by more than 7 million people since 2004, I fear that it will be UK consumers whose voices will not be heard on this commission.

Although the UK is a net meat importer from the EU, since the UK voted to leave the EU there has been only a small increase in the size of the UK’s lamb, chicken and pork production. While incredibly the number of UK beef cows has actually dropped by 60,000 since 2016. Consequently, the UK was still a net importer of 14% of the beef, 9% of the chicken and 34% of the pork that the UK consumed in 2019.

It takes years to build up a beef cattle herd as the incidence of multiple births is less than one percent and every heifer kept for breeding rather than being sent to market is forgone income. Sheep herds are slightly easier to increase as some breeds routinely produce multiple offspring, while pig herds are the easiest to enlarge with litters of 8 to 12 piglets twice a year.

However, UK food shortages are not entirely UK farmers’ fault: they have had their hands tied by EU regulations that banned many innovative techniques that could make the UK’s small amount of farmland more productive. But unfortunately, instead of lobbying the government to allow them to use these innovations now that the UK has left the EU – UK Farmers’ Unions have instead tried to demonise innovation. Even hormone implants that allow farmers to produce more lean beef per head of cattle and kilo of feed, and which could actually help UK farmers supply the UK market.  Despite the scare-mongering, this practice leaves only miniscule traces of hormones in the meat compared, for example, to a hormones contained in a hops-based IPA or a soy latté.

UK farmers should not fear trade but look for export opportunities

According to DEFRA’s survey of UK Agriculture 2019, UK farmers are still not in a position to replace the meat we presently import from the EU. Instead of fearing competition from new trade deals, UK farmers should be looking to capitalise on the potential export opportunities they offer. The ban on UK beef imports by Japan and China have recently been lifted. The UK Japan trade deal includes the sale of £75million worth of beef to Japan in the first 5 years. Incidentally, these earlier bans were due to low UK farming standards, not low international ones.

Therefore, UK farmers should not fear import competition: the developing world has developed. The OECD estimates that there are now 3.2 billion middle class people in the world and that by 2030 this number will be 4.9 billion. As people become prosperous, they eat more protein.

So, as UK farmers have a lot gain from agricultural exports, why would we also let them have a say over our agricultural imports? Will the Trade and Agriculture Commission become just another ineffective Quango, paying for Commissioners to visit farms on the other side of the world? Or will they be effective in pressing the government to limit agricultural imports from countries with lower costs and so force UK farmgate prices to rise – and hence make hard-pressed British families pay unnecessarily high prices for their food?

It is not the job of six Farmers’ Union to adjudicate the national economic benefits of an international trade agreement. Farmers’ Unions are meant to protect the interests and the profit margins of their members. So it seems incredible that the Government would be asking them to do this. What other industry gets to restrict import competition because it may impact on their business? In the long run, it should be consumers who decide if they want to buy imported food regardless of what trade agreements have been reached. But there is a possibility that a statutory Trade and Agricultural Commission, heavy with Farmers Unions, will never let UK consumers have the chance to make such a decision.

Catherine McBride is an economist and a regular contributor to BfB.