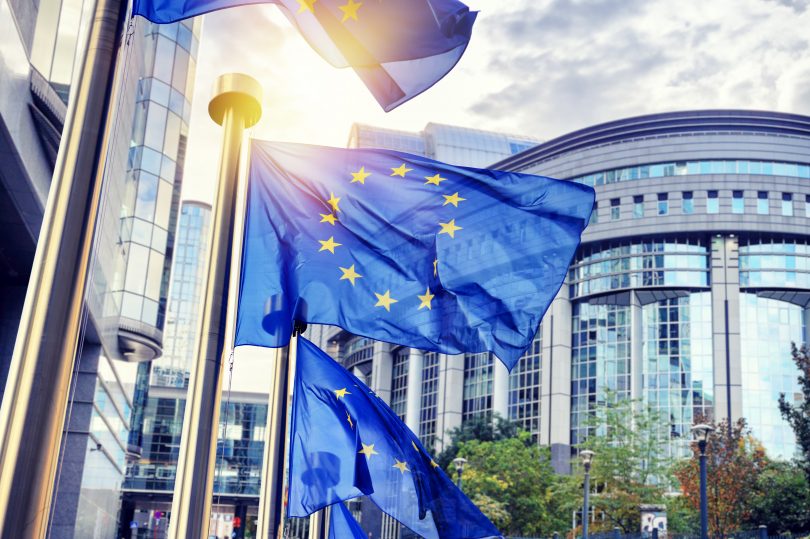 The then Prime Minister David Cameron’s Bloomberg speech of 23 January 2013 was instantly taken as a push for unilateral concessions for the United Kingdom, not as a call for debate about the future of the European Union.

The then Prime Minister David Cameron’s Bloomberg speech of 23 January 2013 was instantly taken as a push for unilateral concessions for the United Kingdom, not as a call for debate about the future of the European Union. In the end Cameron got no substantive prizes on adjustments for Britain such as might have prevented that country’s eventual vote to leave. Nor it seems had there been any serious exchanges during the Cameron round as to how the future relationship between EU member states and the central EU structures should develop. This was a pity. But then, neither the then Prime Minister nor his EU colleagues had expected British electors to vote so decisively for leaving the EU altogether, and so felt no pressure to address difficult problems.

It has become a norm for many who would rather that the UK referendum had never taken place, or fear that the outcome will prove damaging for Britain and/or the EU as a whole, to put the result down to a populist surge fuelled by resentment at immigration and by English nationalist impulses. This seems to me however to be as simplistic as the contention that wicked bankers were to blame for the 2008 global financial crisis. Concern about EU immigration into the UK was surely a symptom of wider doubts about the speed and direction of changes within the European Union as a whole, combined with questions as to how far Britain would be able to affect their consequences – arguably proof of a high degree of awareness on the part of the electorate. The case for the British to have become infected by prejudiced ignorance and nationalistic malice, as a part of a wider populist resurgence in the West, is unproven at best, though convenient to those who prefer to think of the departure of the UK as a disaster engineered by London alone which will be duly punished by the further decline of that foolish – even impious – state.

The present focus of debate in the UK has been on how far and to what effect British exclusion or partial exclusion from the customs union or the single market (two words that seem to have acquired a mystic power) will affect our economic and political interests. The prevailing assumption is on one side of the argument that there will be measurable and enduring losses as a result, and on the other that our new found freedom will enrich us. Both assumptions rely on government and business reactions that have yet to be determined, even in the short to medium term.

But while there is reporting in Britain on institutional developments within the EU itself, they have apparently yet to be taken into full account by analysts or by the public in judging where our long term interests may lie. The argument that the UK has sidelined itself by preparing to leave needs to be balanced by asking how far we might carry weight in the EU itself if we now reversed course, whether partially or fully, or indeed how far we would have been able to influence the future development of the EU even had we voted to Remain.

The EU’s record for flexible and imaginative negotiation remains feeble, as the saga unleashed since 23 January 2013 has amply illustrated. The instinct in Brussels to call for “more Europe” whenever difficulties arise, and to insist on punishing errant member states – the lesser ones for sure – persists. That has been all the more the case with regard to the UK because of the affront that the British vote to leave has given to the beliefs of the principal drivers of the “more Europe” vision. The EU for them is a project still in the making, but driven by necessity as well as what they see as its inherent moral value. It is all very well for the necessity of an operative Franco-German motor to be stressed from time to time, but how well will it function in the future, and how far will its existence be accepted as valid by those countries that are supposed meekly to follow in its wake?

The Euro was to be a driving force towards the unspoken political consolidation that would ensure its foundations. But the future of the Eurozone remains in question, both for economic and political reasons.  Attempts to shore it up – for example by centralizing fiscal policy, including by repeated suggestions that tax policies should be made uniform throughout the area so as to reduce tax competition – are not necessarily either in the interests of the UK or based on what we might see as objective analysis.

The EU has its own foreign policy apparatus and independently managed interests even if their scope and meaning are ill-defined. The EU would in parallel wish to have its military forces, in undefined association with NATO and under a system of command that has yet to be decided. A start has been made in all these areas, with the proviso that if necessary their underlying objectives can be pursued by an inner core of leading EU countries, and, it seems to the outside observer, without clearly defined outcomes being considered, or who might realise them.

Few British leaders or voters have shared such ideas, or the inherited assumptions that underpin them. For us, they savour of a search for a role, not realistic plans – and for the outside world too. But the creation of the Euro has had continuing and serious implications for the UK and other non-Euro EU members, and changes in the EU as a whole will do so too, for good or ill. These prospective changes to the EU are not likely to be affected by British views, nor are they likely to persuade a majority of British voters to change their minds about leaving the EU.