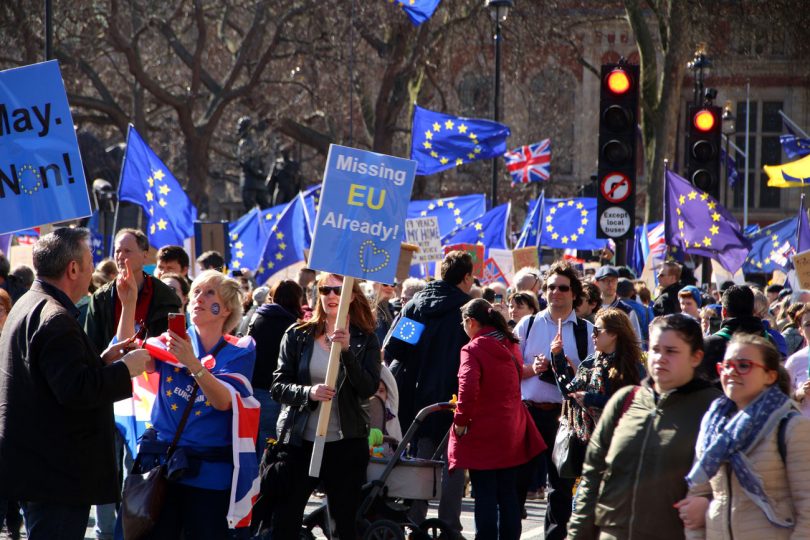 A major problem with the Remainers’ position seems to be the complete absence of any appreciation of how the EU constitution works and how it came to be the way it is.

Perhaps the most troubling revelation of the post-Brexit debate of the last 18 months has been the extent to which the Remain camp seems to have been desperate to drive us towards a cliff-edge of “No deal” by misleading Brussels into thinking it can play a tough hand. As Yaris Varoufakis discovered at first hand when he had the bad luck to have to negotiate the Greek bailout with Brussels, you can’t negotiate with Brussels – they don’t understand the concept. His advice to Britain after the Brexit vote?  Don’t even bother.  So, in what sense has it been helpful to undermine the UK bargaining hand? The most likely consequence is to force a hard Brexit, because Brussels assumes that the UK will be grateful for whatever crumbs from the table are convenient for Brussels. The majority of the voting public will not accept that, and we and Brussels had better get our minds around the consequences.

Part of the problem, I suspect, is the illusion created by a 51.5% vs 48.5% split in the June 2016 Referendum. Indeed, I have heard claims that the criterion should have been a 60:40 split. But since when has there ever been a 60:40 split in any election in a democratic country? Only Mr Putin, that well-known paragon of democracy, expects votes with better than this kind of split. In genuine democracies, governments are typically elected with around 30-40% of the popular vote – which is why most European countries with proportional representation have coalition governments. A 51.5% vs 48.5% split actually represents a significant majority in favour of Brexit. Indeed, Remainers seem not to appreciate that had we applied a more conventional “first-past-the-post” arrangement, the majority in favour of Brexit would have been overwhelming. Nine voting regions voted to leave (by an average of 56%) against just three that voted to remain (by an average of 59%); on a constituency (i.e. voting area) basis, the Leaves would have had it by a margin of 2:1 on a conventional first past the post basis[1].

The second problem with the Remainers’ position seems to be the complete absence of any appreciation of how the EU constitution works and how it came to be the way it is. Much of the influence on the current constitution of the EU came from Giscard d’Estaing. Who?  Well, that’s my point. For those too young to know, he was the French President between 1974 and 1981, when he was defeated by the socialist candidate François Mitterrand. After relinquishing the French Presidency, Giscard d’Estaing threw himself into the politics of Europe, and – as President of the Convention on the Future of Europe, the body behind the Lisbon Treaty – was heavily involved in the development of its current structures. To understand his position, and hence the effect he had on the current structures, one needs to understand the structure of the modern French state and its origins.

In a very perceptive analysis of European political and social structures, the social scientists Andy Green and Jan Germen Janmaat[2] point out that, while most of northern Europe has a relatively democratic, in many cases federalist, structure that allows considerable independence in the peripheries, France’s political structure owes it origins directly to the French Revolution of 1789. As the revolutionaries gained the ascendency and took over the reins of government, they became acutely aware of the possibility of a counter-revolution from the provinces. The revolution itself had been largely a Paris-based affair; out in the countryside and the more distant provinces, the nobility had survived with both their heads and their estates very much intact. The fear was that the provincial nobility remained a potential pool of counter-revolution that could easily overturn the fragile Revolution.

The revolutionaries’ solution was to devise a highly centralised administration that sought to impose Parisian views on the provinces. Ironically, it built on the structures of the Ancien Régime that had preceded it. Two decades later, this was formalised by Napoleon Bonaparte when he became Emperor (and dictator), the main motivation behind his Code Civil of 1804 being to destroy the economic power of the provincial nobility once and for all. It hardly needs rocket science to recognise this as the model for the political and administrative structures of the EU, with its centralised, dictatorial bureaucracy based in Brussels.

There is something else we would do well to remember. French law, unlike the legal system that prevails in England and most of northern Europe (but not Scotland), is based on Roman law. The difference lies in the source of legal authority. In Anglo-Saxon law, that authority is essentially precedence: some previous legal authority (a judge or a jury) has decided that a particular view is reasonable. French law, with its basis in Roman Law, gives that authority to principle. The difference is that, while Anglo-Saxon Law can bend with the wind, French Law cannot – it is stuck with whatever principles have been enacted in the constitution and formal principles of what is right and wrong. That may be one reason why we don’t have a formal constitution: our constitution is written in the commonsense of the common man and is enshrined in the jury system. Juries can come to idiosyncratic decisions when they think the state is trying to pull a fast one over the common man, and those decisions cannot be questioned – even by m’lud.

So, it is that we end up in a battle of intransigent titans: on one side, an attempt to create some kind of commonsense compromise in the best interests of all and, on the other side, a degree of legalistic inflexibility that is so rigid that it is prepared to sacrifice the security and safety of its own citizens in the interests of maintaining legal niceties. What makes the situation so Kafka-esque is Brussels’ recent declaration that it is prepared to forego any arrangements over intelligence exchange despite the fact that the rest of Europe has no intelligence or security system worth speaking of, aside from that provided by the “Five Eyes” (the post-War collaboration between the five Anglo-Saxon countries: Britain, the USA, Canada, Australia and New Zealand). Really? The mind boggles. If that’s how cavalier Europe is with the safety of its citizens, I’m glad I don’t live in Europe.

Robin Dunbar is Research Professor in the Department of Experimental Psychology, University of Oxford, and a Fellow of Magdalen College.

[2] Green, A. & Janmaat, J.G. (2011). Regimes of Social Cohesion: Societies and the Crisis of Globalization. Palgrave Macmillan.