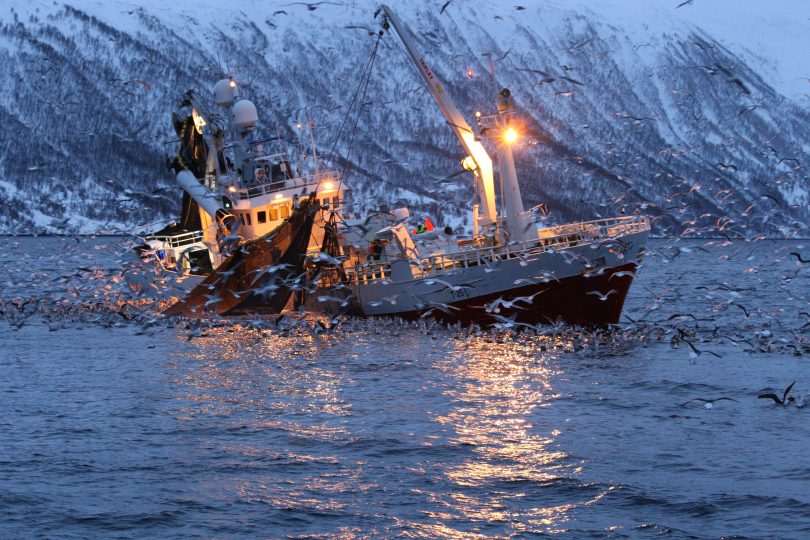 The fishing issue in the UK-EU negotiations is in essence one of sovereignty. While the EU continues to make insulting offers predicated on neo-colonialism, the UK has already signed its first post-Brexit fisheries agreement – with Norway. This shows exactly how fisheries agreements between sovereign states should operate.

At Prime Minister’s Questions last week, Conservative MP Laurence Robertson asked Boris Johnson to guarantee, ‘that in any agreement that he reaches with the European Union, British sovereignty will be protected for the whole United Kingdom’.

The PM replied as follows:

‘Yes, indeed; I can make that guarantee. Our position on fish has not changed. We will only be able to make progress if the EU accepts the reality that we must be able to control access to our waters. It is very important at this stage to emphasise that.’

It is notable that Johnson answered a question on sovereignty by referring to the UK’s fishing waters. He is quite right to do so. Under the United Nations Convention on the Law of the Sea (UNCLOS) the UK’s fishing waters (Exclusive Economic Zone, or EEZ) is British sovereign territory. As fisheries expert John Ashworth has emphasised, this means the UK’s EEZ is as much part of the UK as the land mass.

The only reason the UK does not currently have sovereignty over its fishing waters is that it was obliged to hand that sovereignty over to the then EEC upon joining in 1973. This was one of the conditions of membership. But when the transition period comes to an end on 31 December, under UNCLOS that sovereignty automatically reverts back to the UK.

The EU’s ask on fisheries is that the status quo continue more or less unchanged – as if the UK had never left the EU. Effectively, it is asking the UK to hand back sovereignty over its EEZ as the price for a free trade agreement (FTA). Its latest ‘offer’ is for the UK to give up an equivalent amount of its current quota in other EEZs in order to have 15 to 18% of the fish in our own EEZ returned to us!

In fact, the UK has already signed its first post-Brexit fisheries agreement – with Norway. This happened back in September, but went almost entirely unreported on by the media. The agreement will enter into force on 1 January 2021, once the UK has left the EU’s Common Fisheries Policy.

The Norway deal is significant because it shows exactly how a fisheries agreement between two sovereign states should be done. It proves that the UK’s red lines on a fisheries agreement with the EU are not unreasonable; on the contrary, those red lines simply represent standard international practice. The EU, in contrast, is demanding an arrangement the like of which does not exist anywhere in the modern world: one that holds free trade hostage to payment in natural resources.

Crucially, the Norway agreement is based on the principle of zonal attachment, which uses scientific methods to calculate the shares of fish stocks residing within each country’s EEZ in order to allocate quotas for shared stocks between countries. The UK-Norway agreement reads:

‘We commit to recognising the importance of zonal attachment as a principle of international fisheries management applied by coastal states when discharging their obligations under UNCLOS and related instruments in relation to join management of shared stocks.’

Zonal attachment is the fairest way of dividing up shared stocks whilst also respecting national sovereignty. This is because, as UNCLOS makes clear, the country which has sovereign rights over an EEZ also has sovereign rights over all natural resources residing within it – including fish. In layman’s terms: fish in UK waters belong to the UK; fish in Norwegian waters belong to Norway. It is therefore easy to see why zonal attachment is representative of sovereignty.

Indeed, the EU’s own fisheries agreements with Norway also operate on the principle of zonal attachment. Yet the EU continues to refuse to accept the principle of zonal attachment as a basis for a fisheries agreement with the UK. In doing so, it is effectively refusing to accept that the UK will regain sovereignty over its own fishing waters on 1 January 2021 – denying that fish in British waters should be considered British.

As is standard practice for sovereign states, the UK-Norway framework agreement provides for annual negotiations to agree mutual exchange of fishing opportunities in each other’s waters for the year ahead.

The principle of annual negotiations makes practical sense from an ecological point of view, as it means that account can be taken of where fish stocks are migrating over time. But it also follows naturally from the principle of zonal attachment – if fish migrate from the UK EEZ to the Norwegian EEZ, they cease to be a British natural resource and become Norwegian.

EU-Norway fishing quotas are negotiated annually. Yet the EU is refusing to accept annual negotiations as a basis for a fisheries agreement with the UK.

The freedom to exit

As one would expect from an agreement between two sovereign states, the UK-Norway fisheries agreement is based on the principle that neither side should be tied into the agreement against its will. It will run initially until 31 December 2026, whereupon it will be fully renegotiated for another four-year period. Moreover, the agreement also provides that:

‘Either Party may terminate this Agreement by giving notice to the other Party at least one year before the expiry of the initial period.’

The idea is that, because the agreement will be mutually beneficial and based on fair exchange of fishing opportunities, neither side will want to exit it. Both Norway and the UK are perfectly comfortable with the idea of an exit clause and a renegotiation after four years, because that is the way to ensure a fair and balanced agreement between equal partners. Coercion is not only unnecessary, it would be counter-productive.

Contrast this with what the EU is asking for: an agreement of between five and ten years that is tied in to any free trade agreement (FTA) concluded. Under this kind of deal, if the UK wanted to exit the fisheries agreement, the FTA would also come crashing down. That fact alone should tell any impartial observer that the EU’s ask on fisheries does not represent a fair and balanced agreement between sovereign partners, but rather one in which one party (the UK) has to be tied in against its will, with free trade as hostage.

The EU is effectively saying that the UK has to buy an FTA by handing over sovereignty over certain natural resources. That is not a relationship between sovereign equals: it is a form of neo-colonialism. Perhaps the biggest scandal of all is that there has been barely a hint of outrage over this in the media or wider UK establishment.

The Norwegians know a thing or two about sovereignty and fishing waters. It was precisely their unwillingness to surrender that sovereignty to the Common Fisheries Policy that led them to reject membership of the EEC in 1972. The UK-Norway fisheries agreement demonstrates what a post-Brexit fisheries agreement should look like. Michel Barnier may have paid lip service to respecting the UK’s sovereignty, but his proposals on fisheries tell a different story entirely.