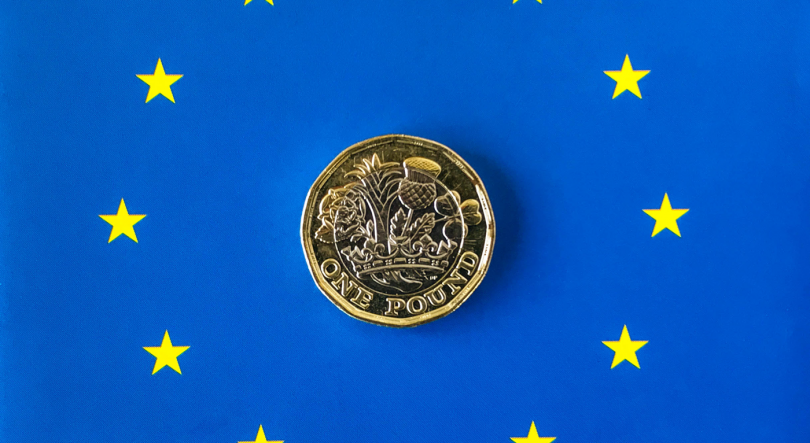 I have spent half a lifetime advocating our democratic system overseas, often in dangerous places. I thought that if we as a country believed in anything, it was in our democratic tradition. Apparently not. No senior officials I have spoken feel in any way bound by the will of the electorate. Like many MPs, they appear entirely comfortable about slamming the gears into reverse, whatever the cost to our democracy.

I retired from a thirty year stint in the diplomatic service several years ago.  I now work as a partner in a small start-up business that works exclusively to commercial clients on non government-related issues.  While in harness to HMG, I studiously avoided any form of party political activity.  Since retirement, I have served as a local Conservative town councillor, doing rather unglamorous but hopefully helpful things for my local community.  Until the 2016 referendum, I saw myself as a fairly typical, middle of the road product of the civil service, heading gently towards full retirement.  Not anymore.

Much of my diplomatic career was spent in tough – frequently high threat – environments.  The foreign service establishment might have been pretty useless at promoting British exports – but if one were to be absolutely honest, most of us were rather more interested in seeing how UK influence might best be brought to bear to make the world a better place.  Conflict resolution and institutional support for failing states were themes that dominated much of my diplomatic career.  The idea was always that we were trying to create the conditions for stability and economic success.  Our approach was underpinned by the basic premise that for a state to succeed, it needed a democratic system to hold those in power to account.  In reality, of course, there was always something of a gap between what politicians in developing countries distrustful of democracy were prepared to say about empowering voters and what they actually did in practice.  For many, the truth of it was that ‘democracy is fine, just so long as I win.’  Securing aid support and international respectability is one thing, actually allowing ordinary voters to hold you to account and replace you when your time is up is another matter entirely.

Which brings us to Brexit.  For me, as someone who has spent half a lifetime advocating our democratic system overseas, the referendum was a good example of our commitment to allow people to have their say on one of the most important issues on which they can ever be expected to vote, namely: ‘How should I be governed?’  I had no problem at all with the concept of a referendum.  This was, after all, a cross-party issue.  We had had successful referenda on the Good Friday Agreement, Scottish independence and proportional representation.  Why on earth not go down the referendum route on membership of the EU?

After careful thought, I voted leave.  I felt personally that I could not hold anyone in Brussels to account.  I was deeply concerned that the internal contradictions inherent in the Euro would pose enormous economic challenges to all EU member states in the future.  I was particularly shocked at how Greece and other member states were treated during the global financial crisis.  I saw the relentless march towards ever closer union as a recipe for increased intra-EU tension rather than stability.

For me, these arguments were perfectly straightforward and legitimate.  But when I tried to put them to former and serving civil service colleagues after the referendum, I was in for a shock.  I found that I was in a tiny minority – and up against an almost uniformly hostile consensus about Brexit.  Winston Churchill might have been guided by the dictum ‘trust the people’, but from what I have seen I am not at all sure that many in the UK ruling class would agree.

I would not wish to impugn unfairly those officials charged with handling the intricacies of the Brexit process, but I do struggle to understand how we ever managed to negotiate a deal that landed us with the backstop.  My expectation at the outset of the Brexit process – rather naive as it turned out – was that my former civil service colleagues – a number of whom currently occupy very senior positions – would get on and implement the referendum result.  But while I am not in a position to comment on the professional performance of Olly Robbins and his team, the line taken with me by serving and retired former colleagues has been striking.  The risk that a half hearted approach might lead to a loss of negotiating leverage appears not to have caused much angst.  Indeed, the overwhelming view among those I have spoken to is that Brexit is all a ghastly mistake – and that if the process can’t be reversed, it really is an exercise in damage limitation.   A very senior civil servant pushed the line with me in the run up to the first meaningful vote that a no deal Brexit would result in an 8% collapse in UK GDP.  The Prime Minister’s deal was the only way to avoid disaster.  The awkward squad – Brexiteers – had to be brought to heel.  When I looked askance, he realised that I might be one of those mad people.  He terminated the conversation and moved on.

It is hard to find an interlocutor with a civil service background who is not horrified by David Cameron’s decision to call a referendum.   There is little attempt to disguise the contempt felt towards those who voted leave.  ‘Stupid’ is a word frequently used by my former civil service friends.  Those who voted the wrong way are frequently ‘populists’, ‘racists’ or ‘extremists’.  One friend, who did not want to be too rude, said that I could best be described as a libertarian.  My response to this sort of thing now is simply to state that I have fought for British democracy for most of my career.  I don’t see why I should give up now and switch a bottom up approach for the more dirigiste tradition of our continental friends.

Most breathtaking of all to me is that not one of the retired senior officials I have spoken to has ever expressed the slightest sense that they feel in any way bound by the democratically expressed will of the UK electorate.  As with many of our MPs, they appear to feel entirely comfortable about slamming the gears into reverse, whatever the cost to our democratic tradition might be.

Even former colleagues who know and understand the EU well – and have no financial stake in selling their EU lobbying and government affairs skills to the private sector – are left unmoved when I point out that the Brussels project is in trouble.  They can see that Greece is stuffed, they can see chronically high youth unemployment in southern EU States, they are aware that Italy is headed towards a crunch point, but none of this appears to alter their faith in the EU dream.  Civil servants have built their careers on the back of Europe.  They love being at ‘top table’.  Groups of us were gathered together to be lectured during my time as a diplomat by senior ministers who drummed home the message that it is a big scary world out there and that, whatever the EU’s faults, it is far better to be a member of the club than not.  I personally know only one serving official who is a declared Brexiteer.  He told me some months ago that the head of his department had had to issue an instruction to all his civil servants not to ‘persecute’ colleagues who had voted leave.

I thought it had clearly been recognised in the wake of the Iraq war that Group Think in government was a bad thing.  I also thought that if we believed as a country in anything, it was in our long nurtured and hard won democratic tradition.  Apparently not.

The author is a former senior official in the Foreign and Commonwealth Office.