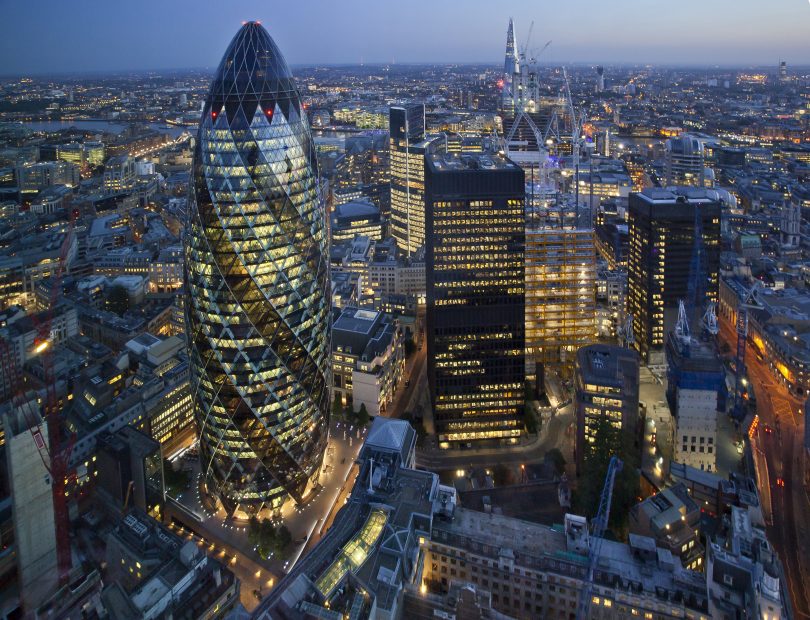 Nicholas Thompsell and John Worthy, partners at Fieldfisher, look at how the UK government proposals will affect businesses in the financial services sector.

Brexit in Black and White?

HM Government has finally published its long-awaited White Paper setting out its ambitions for the future relationship between the United Kingdom and the European Union.  Perhaps fittingly for a paper that has tried to avoid the black-and-white certainties of Brexiteers and Remainers, the paper is not in fact white but a rather sombre mid-grey.

Separate regimes for goods and services

As regards the trade in goods, the White Paper errs on the side of those wanting the closest possible integration, with a proposal for a common free trade area for goods; a common rulebook for standards applicable to goods; and a commitment to ongoing harmonisation with EU rules on goods.

As regards services, however, and in particular financial services, a more nuanced approach is proposed, which one might describe as “managed equivalence”.

This would involve abandoning the current system of “passporting” under various EU single market directives under which authorisation in one member state allows privileged access to the other member states and which cover such areas as investments services, banking, insurance, insurance mediation and fund management in relation to UCITS and alternative investment funds as well as payment services and issuing electronic money.  The White Paper proceeds on the basis that to continue with passporting would not be compatible with the UK leaving the single market.

The proposal to abandon passporting comes as no surprise to those within the City who have been following the debate.

Instead, it is proposed to rely on an expanded and modified version of the “equivalence” regimes that currently are allowed for under some directives to allow market access for businesses based in third countries whose regulatory regimes are deemed by the European authorities to provide equivalent standards to those applying in the EU.

This is proposed as a way to maintain the economic benefits of cross-border financial services traded between the UK and the EU within a new regulatory framework.  It is possible to see how this could provide a basis for cross-border activity currently provided by passporting under the “freedom of services”.  This does not however provide a way of allowing UK firms relying on passporting to maintain European branches (under “freedom of establishment”) to continue to do so except by obtaining authorisation for a branch or subsidiary within that country.  The White Paper offers therefore not so much a “regulatory passport” as a “regulatory visa waiver scheme”.

There is no doubt that the day after Brexit occurs the UK’s regulatory regime will be entirely equivalent to the regulatory regime applicable within the EU 27 – the UK will be adopting into its own the law the entirety of the acquis communautaire (the accumulated body of European law).  This is a necessary condition for the proposed reliance on equivalence, but is not of itself sufficient condition for “equivalence” to work.

The current equivalence framework does not apply across the full range of EU financial services regulation – for example there is no equivalence regime for banking, for UCITS managers or for insurers.  Where it does apply, access may depend on the type of clients (eligible counterparty, professional or retail) and regimes are different for cross-border operations and for firms wanting to operate from a branch – the so-called ‘third country cross-border passport’ under MiFID/MiFIR operates only where a Member State has opted for this.

The White Paper proposals will require something far broader and deeper if it is to get anywhere close to the benefits of the current passporting regime.  Given the difficulties of making changes in any single EU directive it will be challenging to have a comprehensive regime covering all the single market directives in place by the end of the proposed transitional period.

Commentators have emphasised the unsatisfactory nature of relying on a finding of equivalence if there is a risk that the deemed equivalence might be withdrawn, if and when the rules between the two regimes diverge.  The White Paper includes proposals to deal with this point, whilst preserving autonomy for the UK and the EU to continue to develop their own regulations.  It proposes a number of processes designed to encourage continued convergence and to manage the process if the laws do diverge.  These include:

It is proposed that these arrangements would be the subject of new institutional arrangements.  The White Paper envisages a hierarchy of new bodies operating under an overarching institutional framework to be set under a Free Trade Agreement including a Governing Body (a political body operating at leader/ministerial level), a Joint Committee (a forum for discussion at a technical level), an “Economic Partnership” and other agreements outside the overarching framework.

Where the UK and the EU agree that rules are equivalent and one side later proposes a material rule change, the Joint Committee would consider whether a proposed new or amended UK rule remained equivalent with the EU’s existing rule, or an existing UK rule remained equivalent to a proposed new or amended EU rule.  The idea seems to be that if the Joint Committee agree that the proposed change in rules do not affect equivalence, this would be binding, if not there would be opportunities to amend a proposed rule change to bring it within equivalence.

How these arrangements would interact with existing EU organs, including the Commission and the European Supervisory Authorities, or ESAs (the European Banking Authority; the European Securities and Markets Authority and the European Insurance and Occupational Pensions Authority) remain to be worked out.  It is proposed that there would be arrangements for the UK to participate in EU bodies and agencies, but only in areas where the UK has committed to a common rule book.  A common rule-book is not proposed in the case of financial services so it may be presumed that the UK will not participate in the ESAs.  Presumably the ESAs would form part of, or advise, the EU’s team on the Joint Committee.

The White Paper (probably correctly) deems it politically unacceptable in the UK for the UK to remain after Brexit subject to the Court of Justice of the European Union.  Instead it is suggested that the senior courts in both jurisdictions should maintain dialogue and for the Joint Committee to be empowered to act to preserve the consistent interpretation of agreements in the case of divergence.

In addition to the specific issues around regulation, the financial sector could be particularly badly affected by the ending of freedom of movement of people.  Up to now financial services businesses have been able to rely on freedom of movement to allow recruitment of staff easily from across the EEA and to move staff between offices.

Whilst the ending of free movement of people is one of the UK Government’s “red lines”, the Government proposes a system of “mobility arrangements” that will involve reciprocal arrangements to support businesses to provide services and allow talented people to move between the EU and the UK.  If this operates as is promised, then the ending of freedom of movement may not be as problematic as has been feared.

There is no deal that would please both sides of the Brexit debate and which would have any chance of being accepted by the EU27. It is therefore entirely predictable that people from both sides of the debate have rushed to press to castigate this compromise proposal.  Some of the criticism has been ill-informed as commentators have failed to grasp the nuances of the proposals or the scope of what is proposed.  Other criticism is well-informed but perhaps underplays the need to accommodate the views of those on the other side of the Brexit polemic.

Certainly the proposals as regards financial services fall far short of what would be the City’s preferred option of retaining passporting and in effect remaining within a single market for financial services.  Equally the proposals may be, and are being, criticised from the other side as offering only an illusion of freedom for the UK to set its own rules since in practice there would be enormous pressure to remain in step.

On one view the fact that these proposals are being attacked from both sides could be evidence that the Government is onto something.  Given the conflicting demands on the Government, the White Paper is ingenious in that on paper at least it offers a pragmatic middle way to deal with the key concerns on both sides whilst having some chance of being acceptable to Europe.  With goodwill on all sides (an important qualification), these proposals could form the basis of a plan that ought to be within the common interests of the UK and the EU.  For the financial services industry it offers a route to allow them to continue to operate cross-border without huge changes to their set-up and regulatory arrangements.  This this is not the security of holding a passport but there would a fair degree of certainty that this regulatory visa waiver will not be arbitrarily or suddenly withdrawn.

Whether and how these proposals will be allowed to play out to offer such a solution will, in the end, depend on politics both within the UK and within Europe.  The first few days of the White Paper’s political reception in Westminster have been less than encouraging.  Amongst the EU27 the issue may be whether politicians will be ready to act in the interests of consumers (who would not be well served by fragmenting economies that have become interlinked and interdependent) or prefer to act on protectionist impulses or the desire to punish the UK for abandoning the European project.

For financial services businesses, the key requirement is a clear and predictable regime for cross-border trade.  The White Paper offers a glimmer of hope that this can be achieved, but the devil will be in the detail – and the lack of time to deal with it.  The biggest concern must be that these proposals have come very late within a negotiating process that was always challengingly short.

For firms that depend on cross-border activity, there can be no assurance that these proposals will be worked out in time.  The bookmakers are now offering “Evens” as the odds that Brexit will take place without a deal being reached. Firms will continue to need to plan their fall-back arrangements in the event that “Brexit” means “no-deal Brexit”.