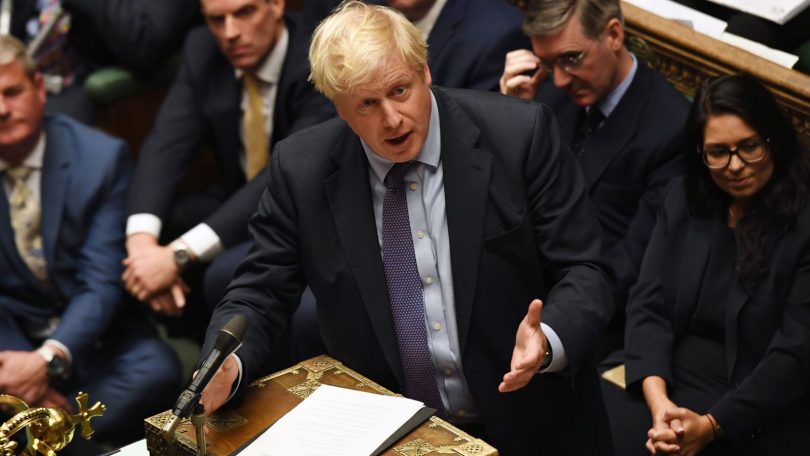 According to Brexit pessimists, the UK economy is already as much as 3% smaller than it would have been if the UK had voted to remain in the EU, and the deal that Boris Johnson’s government has negotiated could reduce GDP by another 7% over the next ten years. Fortunately, neither of these numbers stands up to serious scrutiny.

To recap, Boris’ deal (as I shall call it) includes an initial transition period, probably at least until the end of 2020, when not a lot would actually change on the ground. The two sides will use this time to negotiate a comprehensive Free Trade Agreement (FTA). The precise terms of the future relationship are therefore still to be decided. But whereas the deal agreed by Theresa May would have kept the UK closely tied to the EU’s customs union and the rules of the single market (‘Brexit in name only’), Boris’ deal would allow the UK to develop its own independent trade and regulatory policies.

In the short term, the approval of Boris’ deal should allow the economy to benefit from a reduction in uncertainty. As for the longer term, any quantification now would be little more than guesswork, even if the details of the final arrangements were known. However, Boris’ deal offers the best chance of making the most of the new opportunities that Brexit will create.

So what about those numbers? Let’s begin with the impact of the Brexit vote to date. Several studies have adopted an approach outlined in an academic paper published in November 2017. In short, they use a computer algorithm to select a weighted combination of countries whose growth best matched that of the UK economy before the 2016 referendum.

The actual performance of the UK economy since the referendum is then compared to this control group, or synthetic ‘doppelganger’, and the difference taken as a proxy for the impact of the vote for Brexit. In other words, the performance of the doppelganger is assumed to be the ‘counter-factual’ (or what would otherwise have happened) if the UK had voted to remain.

The best example of this is a series of updates by economist John Springford for the Centre for European Reform. His latest iteration put ‘the cost of Brexit’ at 2.9% of GDP, as of June 2019. This is in the same ballpark as other estimates using the same methodology, including the latest IFS Green Budget, which suggested a range of 2½% to 3% (or as much as £60 billion).

However, there are several problems with this approach. For a start, the results obviously depend on the choice of countries in the control group and the weights on them. Indeed, over time there have been some large adjustments to the specification of the CER model. For example, the first version gave a suspiciously high weight of 23% to Hungary. The latest version allocates 17% to Australia, and another 9% to Iceland. This chopping and changing may produce a better fit, but clearly casts doubt on the reliability of the results.

What’s more, this approach assumes that all of the difference in the relative performance of the UK is due to Brexit, rather than other unrelated factors affecting the UK and/or the control group. In fact, they may be some very good reasons why the UK would have slipped down the growth league table anyway, regardless of the outcome of the 2016 referendum. The US in particular has benefited from a substantial fiscal boost, the euro area was overdue a period of catch-up growth, and UK consumer spending was already looking overstretched.

To be fair, John Springford has acknowledged these problems. The latest CER report notes that excluding the US from the analysis reduces the estimated hit from 2.9% to 2.2%, while excluding Germany (and thus increasing the weight on the US) increases it to 3.4%. As result, ‘because of this rising degree of error, this will be the last update in the CER series on the cost of Brexit’.

Nonetheless, there is no doubt that the UK economy has been held back by two factors. The first is the fall in the pound in the wake of the referendum result. A more competitive currency may bring benefits that build over time, but the immediate impact has been negative because of the impact on inflation. The second is the hit on business investment, which was initially limited but has increased as the negotiations have dragged on.

The flipside, of course, is that these headwinds to growth should now be at least partially reversed, if and when Boris Johnson’s deal is approved. Many Brexit pessimists are sceptical about this, even though sterling has already rallied sharply. They say that leaving the EU on 31st October (or soon afterwards) will not end the uncertainty, because the terms of the long-term relationship would still be unclear. That much is true. But it will definitely reduce the uncertainty.

The imminent threat of ‘no deal’ will have been lifted and there would at least some goodwill left as the two parties head into the next stage of negotiations. What’s more, the heightened uncertainty is not just about the economics of Brexit itself. There is also the wider political chaos. Leaving with a deal should clear the way, at last, for a general election, which in turn is likely to restore a majority government. We can all get on with the rest of our lives, and a new parliament can refocus on other economic and social challenges which are at least as important.

As for the longer term, there would still be all to play for. Some commentators have been quick to argue that Boris’s deal will leave the UK economy worse off than May’s. This is mainly because they assume that a relatively clean break from the customs union would be a bad thing. (For a contrary view, see Fourteen Reasons Why a UK-EU Customs Union Remains a Terrible Idea.)

In particular, academics at The UK in a Changing Europe were already claiming earlier this month that Boris’ deal could reduce GDP per capita ten years after Brexit by a (wide range of) between 2.3% and 7.0%, or more than £2,000 for every person, compared to remaining in the EU.

But we have been here many times before. All such studies are heavily dependent on the assumptions made. For example, the government’s long-term economic analysis of Brexit, published under Mr Hammond’s watch last November, relied on estimates of the costs of non-tariff barriers which looked too high even then, let alone as forecasts for what they might be in future as technology continues to improve. That analysis also assumed that even a small increase in frictions has a large impact on activity, so that these additional costs lead to a slump in the volume of UK-EU trade.

Incidentally, many commentators are now interpreting the ‘modelled average FTA’ in the November 2018 analysis as a proxy for Boris’ deal. This is potentially misleading too. The ‘modelled average FTA’ was based on ‘a hypothetical FTA, with zero tariffs, reflecting average FTA non-tariff costs such as being outside the Customs Union and standard customs arrangements with the EU, regulatory barriers and other costs’. Even if the resulting numbers were correct, the UK is aiming for something better than ‘average’ or ‘standard’.

The ‘UK in a Changing Europe’ report should also be challenged. In particular, the (widely quoted) upper estimate of 7% assumes that the hit to per capita incomes is roughly two and a half times as large as the direct impact via the volume of trade, mainly because of assumed knock-on effects on productivity. This is based on a standard rule of thumb, but still highly speculative here. The report also assumes that the UK would miss out on future reductions in intra-EU trade costs, achieved through deeper integration within the single market. This is also highly speculative, as well as reflecting a distinctly rosy view of where the EU is heading.

In contrast, most estimates of the potential economic benefits of independent trade and regulatory policies are implausibly low. The cross-Whitehall analysis published in November 2018 factored in a boost of just a few tenths of a percentage points of GDP from these two sources over a 15-year period. The UK in a Changing Europe report explicitly excludes any benefits from possible changes in trade barriers between the UK and countries outside the EU. Frankly, even if all these results are backed by the most sophisticated econometric modelling, they fail the common-sense test.

But let’s suppose that the pessimists are mostly right, and that the best guess for the long-term economic impact of the aspects of Boris’ deal that are less difficult to quantify is a net loss of 3% of GDP. I’m always wary of the argument that this would be ‘a price worth paying’, because those making this point are rarely the ones likely to pick up the bill. Nonetheless, 3% would still be a small hit over a 15-year period when GDP might otherwise be expected to increase by, say, 25%.

Finally, as the Director of The UK in a Changing Europe has acknowledged, Brexit is clearly about more than economics. Former Bank of England Governor Mervyn King put it well in March when he said that he’d never met anyone who would be in favour of Brexit if they thought the impact on GDP would be less than 2%, but in favour of Remain if they thought it would be more than 5%. However, even wearing my economist’s cap, I would give little weight to long-term forecasts with as much uncertainty as these.

Julian Jessop is an independent economist.