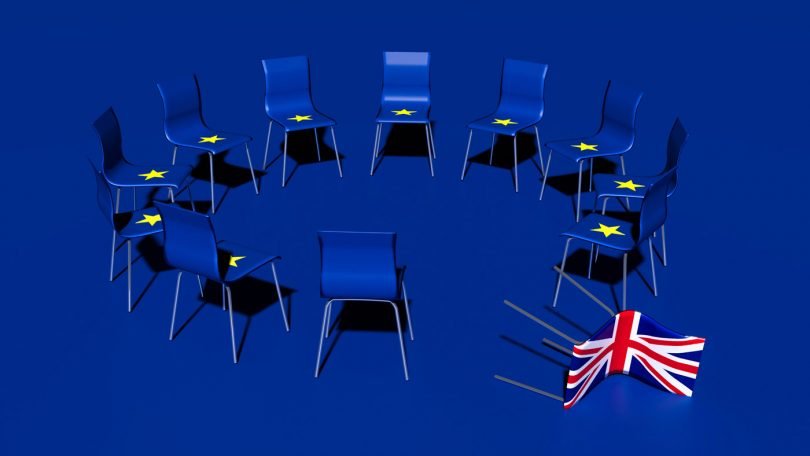 Former Lord Justice of Appeal and Vice-President of the Consultative Council of European Judges, Sir Richard Aikens analyses the new interpretations of what the backstop means to the UK future negotiating position.

On 11 March 2019 the texts of two new important documents one agreed between the UK and the EU (“the Joint Instrument or JI”) and the other a Declaration by HMG (“the Unilateral Declaration or UD”).   Both relate to the Withdrawal Agreement and the Irish Protocol (“WA” and “Protocol”).  Since their publication there has been widespread debate as to whether they have affected the legal position of the so-called “Backstop” provisions in the Protocol.    The Attorney-General promptly prepared an Opinion Letter for the Prime Minister on the effect of these two documents.  Many other commentators have given views on the effect of the JI and UD,  notably the very eminent (pro-“Remain”) public international lawyers  Professor Philippe Sands QC and Professor Sir David Edwards QC (who is a former judge of the ECJ) and Professor Guglielmo Verdirame,  Sir Stephen Laws and Professor Richard Ekins (who are pro-“Leave” but now favour accepting the WA).

The Speaker’s recent ruling on no further votes on the Withdrawal Agreement may mean that the Withdrawal Agreement, Political Declaration, the two March 11 documents and the Attorney General’s opinion are all now irrelevant. We cannot be sure about this however and the WA could be presented to parliament again. It thus remains important to be clear about the legal position.

The Opinion of the Attorney-General was, in summary, that:

(1) pursuant to Art 31 of the Vienna Convention on the Law of Treaties (“VCLT”)  the JI has binding legal effect as a document that is to be taken as an authentic interpretation of the WA;

(2)  the UD, being a unilateral declaration of one party only to a bilateral treaty, also  has legal status as an interpretive document and will be lodged with the WA under the provisions of Art 31;

(3)  the JI contains “materially new legal obligations and commitments” which make “time of the essence” in replacing the Backstop.   If the UK maintains an “urgent pace of negotiations” as implied in these new provisions, then “the EU could not fail to match it without being at risk of breaching the best endeavours obligation” that exists in the Protocol already;

(4) if the EU were to decline to adopt any practical alternative arrangements (which helped avoid a hard border and did not require the EU to make “unreasonable adjustments of its interests”),  then that would be unconscionable and  a potential breach of the duties of good faith (Art 5 of the WA) and best endeavours (Art 2(1) of the Protocol);

(5) if the UK could show that the EU was acting with the objective of applying the Protocol indefinitely,  the EU could not dispute that its actions breached the duty of good faith, which could be arbitrated and could (if the UK’s view was upheld) permit the UK to suspend all or part of the Protocol and that might be made permanent (but that too would require a further ruling from the arbitral panel);

(6) the JI and the UD together provide a “substantive and binding reinforcement of the legal rights available to the UK in the event that the EU were to fail in its duties of good faith and best endeavours”;

(7) unless the UK could satisfy the arbitral tribunal which would be set up under the WA that the EU had been guilty of a want of good faith,  or of a failure to use best endeavours or that it had acted with the objective of applying the Protocol indefinitely,   “there is no internationally lawful means of exiting the Protocol’s arrangements, save by agreement”.

Professor Sands and Professor Sir David Edwards conclude that the JI and the UD do nothing to change the conclusion of the Attorney-General’s November 2018 Opinion.  They believe that the JI does not add any new material obligations beyond a commitment to “best endeavours” and “good faith”.  They  make the very important point (with the benefit of much personal experience sitting on international arbitral panels) that “it would be exceptionally difficult to establish, to the satisfaction of such a panel,  that the EU was acting in bad faith or with the objective of applying the Protocol indefinitely” as opposed to the legitimate objective of protecting the Customs Union.

The opinion of Professors Verdirame and Ekins and Sir Stephen Laws is published in a Policy Exchange Paper.   It is detailed, well-argued and measured.   The Executive Summary provided does not (with respect) do justice to the arguments they put forward.   In essence they say:

As noted there have been other commentaries which have argued these points but not introduced new ones.

What is the upshot of all this?   In my view the position is as follows:

(1)   As the Attorney-General has stated, the JI has clarified and strengthened the “best endeavours” and “good faith” obligations that were already present in the WA and the Protocol.  The JI has added to the obligations of both sides.

(2) the parties have to negotiate and have to use best endeavours and good faith to “get a result”, i.e. a replacement to the backstop, which should not be “replicated” in the replacement arrangements.

(3) The EU cannot filibuster, cannot attempt to negotiate in order to make the backstop permanent, and must recognise the legitimate aims of the UK, viz to leave the Customs Union and the Single Market.  Those are aims of the UK a whole, including Northern Ireland.

(4) the GFA is fundamental to why there is a backstop in the first place.  Anything that undermines that or that is an agreement which does not have “the consent of the people of Northern Ireland” must therefore be incompatible with the aims of the WA and Protocol in particular.

(6)  Therefore,  the JI has strengthened the UK’s hand.  The risk of being caught indefinitely in the backstop may have receded.   But it has probably done so more significantly in political terms than in strictly legal terms.

(7) MP s who are voting on whether to accept the WA should probably look at the political dimension in the light of this analysis of the JI (and the UD) and not just the bald legal analysis.

In the political dimension, there are two further sources of uncertainty.  First, there is domestic political uncertainty.  We cannot know who will be in government, nor who will conduct future negotiations with the EU.  We cannot know what that government’s aims will be or with what resolve they will conduct those negotiations.   Nor can we judge whether a public, or even a parliamentary, desire to see an end to the whole “Brexit business”  will tend towards public acquiescence, however unsatisfactory  the WA or any future trade deal.  Secondly, there is international political uncertainty.   We cannot foretell who on the EU side will be conducting future negotiations, or what their intentions will be once Britain has placed itself at what many would regard as a severe negotiating disadvantage by accepting the existing WA.    The interpretation of the legal instruments and their effect in certain factual circumstances is difficult enough.  But it is only one element (and perhaps not the most important one) in the overall judgment which MP s will have to make.