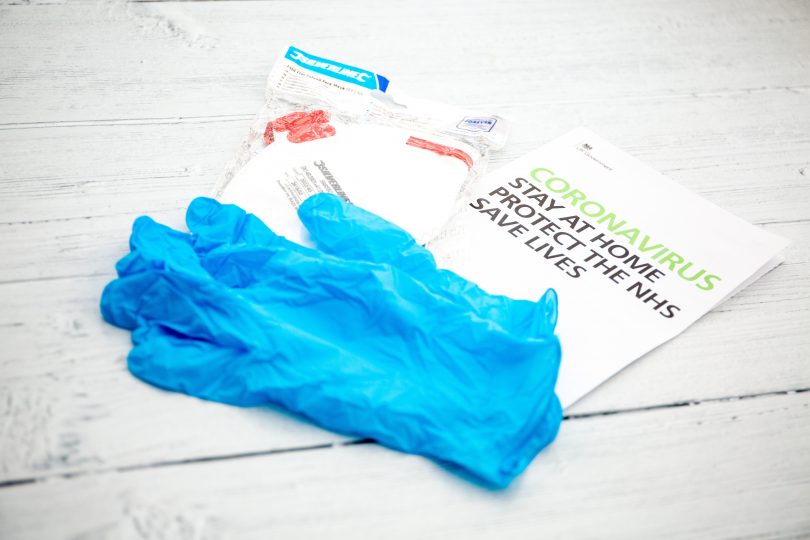 Has the Covid crisis meant that ‘experts’ are once again in charge? Before we jump to conclusions, it might help to ask which experts we should listen to, on which subjects, and on the basis of what criteria.

In recent weeks a narrative has emerged that COVID-19, for all the obvious tragedy, has a “silver lining” in that it has restored the rightful relationship between experts and populists.   We have progressed from the public having “had enough of experts from organisations with acronyms…” to hanging on the every word of the scientists.    Brexit gives way to COVID-19, with climate change to follow.

Before we jump to conclusions, it might help to ask which experts we should listen to, on which subjects, and on the basis of what criteria.    It turns out that expertise is something of a paradox, if not several paradoxes rolled into one.   Some three months since we started listening to Coronavirus experts, the paradoxes are becoming harder to ignore.

Let’s start with the authority paradox or “whose science are you following?”.   Good science depends, unsurprisingly, on the scientific method.   To be meaningful, a proposition has to be falsifiable, and an experiment has to be replicable.   Theories must be open to challenge, aka peer reviewed.   Science evolves: successes almost always follow multiple failures.   During the COVID crisis, good scientists have been wary of claiming to know “the science”.   Only scientists playing politics and non-scientists practising (say) politics or journalism are tempted to be free with the concept of “the science”.   Whatever the science does show, there’s no scientific law which says that it’s always the opposite of what certain politicians believe, whether we’re talking about COVID, Brexit or – come to that – climate change.

Then there’s the specialisation paradox or “stuck in a silo”.   If you’ve got a heart problem, you’d want to be treated by a cardiologist.   If you’ve got a very specific heart problem, you’d want the best expert on your complaint.   But what if the cardiologist only looks for heart problems and misses something else more urgent or fundamental?   You don’t have to be a holistic quack to believe that different parts of the body (or mind) can have a wider impact.   Too much specialisation can be as bad as too little, particularly if the specialist is tempted down the path of “if you’re a hammer, every problem is a nail”.   Beware of “expert mission creep”: an expert addressing a question within her specialism but claiming (or being interpreted as claiming) to influence a much bigger decision.   An economist can explain (correctly or not) the likely outcome of a specific policy on the balance of trade, but they have no special locus for determining whether that policy is good for the country in a broader sense.   A public health expert may (or, of course, may not) have the best ideas on how to deal with coronavirus, but may have nothing to say about the knock-on effects for, say, cancer treatment.

Following on from this is the professional paradox or “where you sit is where you stand”.   Like medieval guilds, professions raise standards and guarantee excellence and integrity in a confused world.   They build on and validate knowledge to general benefit.  But the producer’s relationship to the product is different from the consumer’s. The producer understands the product better, but may understand the consumer’s experience less well.    Moreover, while both producer and consumer have an interest in the market, it isn’t necessarily the same interest. The professional is there to solve problems but has an interest in the profession remaining in demand.   The way they define the problem tends to be related to the way their profession operates and sustains itself.   Imagine the expert (economist, public health professional, climate change scientist) surrounded by their peers: what kind of position is likely to be well received?   Of course, it may be that a broad consensus reflects the fact that a number of great minds have independently reached the same conclusion, which might well suggest that the conclusion is right.   Or it may reflect “groupthink”, surely the gravest cognitive failing of them all, in that it multiplies the damage done by lesser mistakes.    That’s the paradox.   When we learn of an expert consensus, the question to ask is surely “who wasn’t in the room, and why?”    One suspects that this question will be asked more than a few times during the inevitable coronavirus inquiry.   It’s difficult – but essential – for non-experts to keep the professional paradox front of mind.

Looked at another way, it’s a manifestation of the meritocrat paradox or “enter the philosopher king”.   We can’t understand expertise unless we take into account the behaviour of individual experts as professionals.   If expertise is important, it’s vital that the right people become recognised as experts.   This means succeeding in a professional career.   Getting to the top depends on the criteria, formal and informal, set by the profession.   This is where the paradox comes in.   It’s much easier to be recognised for doing more than for doing less, even if sometimes doing less would be better.   “I decided not to do anything, and things worked out better” would not only be difficult to defend in an interview, it’s rarely going to be a strategy for earning professional fees or respect.   If you’re in the protection business (health or otherwise), it’s probably also easier to get ahead by counselling caution rather than by encouraging risk taking.  Unless you’re absolutely exceptional, it’s easier to go with the grain than to go against it: incremental progress along an accepted route will qualify for a PhD; the contrarian may just be found to be wrong and to have wasted several years of her life.   And that’s even before we remember that even experts can operate within a political context: during the COVID crisis, several experts have openly admitted that they see their advice in a context, not just medical, but also social.   That’s at least honest of them.   When expert judgments are being applied to policy decisions, perhaps all experts should declare their interests?

So how do experts think?  This is where the intellect paradox or “too clever by half” comes in.  Ours is a knowledge society.  Human imagination leads to innovation and progress. The scientific method is better than superstition for understanding the world.    Greater complexity requires greater understanding.   But the domination of both over-abstract and over-quantified thought risks ignoring the human dimension.   Clever people can find it hard to unthink what it’s like to be clever.   No wonder the experts were so shocked that the electorate didn’t share their view of Brexit.   And it doesn’t stop there.   Fundamentally human-centric vocations such as nursing become exclusively degree-level professions, because we don’t think study can be serious if it doesn’t involve essay writing.     Behavioural scientists study behaviours they’d sooner die than imitate.   It’s not then surprising that expert judgements, for example on behaviour during a lockdown, don’t always survive contact with the world outside the lab.   It’s worth asking whether our environment might be in a better place if we had focused a bit more on the relatively low level question of air pollution rather than the bigger but (at least until recently) less tangible threat of climate change?

This isn’t a rant against experts, far from it.   We need to acknowledge how expertise is nuanced, not to say paradoxical.   Only a few weeks ago, that might have sounded like a heresy, but it seems we are learning (again) that “following the science” isn’t as simple as it seems.   It’s precisely this scepticism – the sceptisim of the scientific method itself – that we need if we are to avoid starting out all-trusting and ending up completely cynical.   If only we had known before…

David Landsman OBE is a public strategy consultant and non-executive director.   He was formerly a British diplomat and business executive.