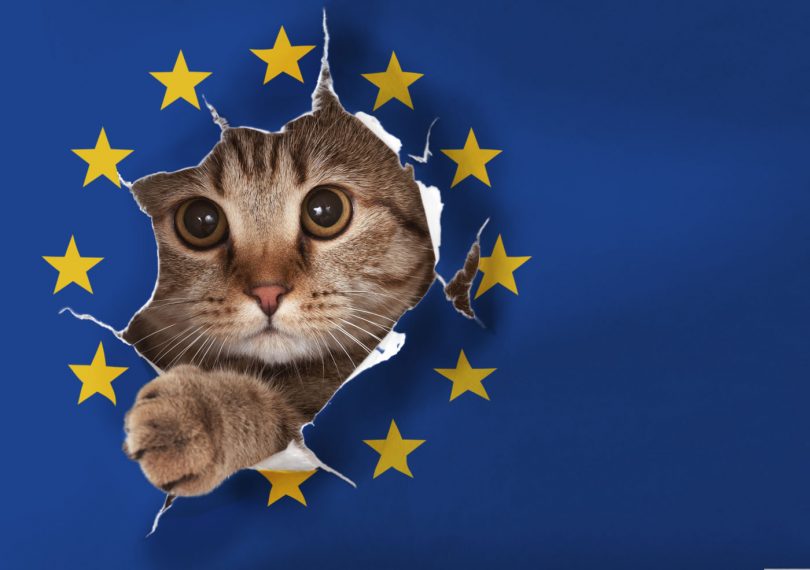 Graham Gudgin takes up cudgels again with the chief economics commentator of the Financial Times, Martin Wolf, who recently denounced the intention of the UK Government to fundamentally reform the Northern Ireland Protocol.

One of the fixed points of what passed for a national debate during the post-referendum period was the claim that a ‘no deal’ Brexit would be either catastrophic or disastrous.  In the UK the Financial Times was a leader of the anti-Brexit charge and could see no case for leaving the EU. The FT’s highly respected and influential Chief Economics Commentator, Martin Wolf, was particularly strident. On 13th December 2018 he described a no deal Brexit as ‘a disaster for the UK’ and ‘insane’. The costs of a no deal Brexit would be ‘huge, politically as well as economically’.  ‘The UK would become an outlaw, a country that had discarded its legal commitments. The ability of the UK to exercise any influence in the affairs of the continent would be destroyed’. He viewed advocates of no deal as ‘fanatics masquerading as Conservatives’.

Warming to his theme he continued, the UK’s ‘reputation for reliability and reason would perish. The lives of millions of EU citizens in the UK, and UK citizens in the EU, would be plunged into painful turmoil as would the operations of countless businesses.  Co-operation in vital areas, such as policing and counter-terrorism would be impaired. A hard border would surely return to Ireland’. Brexiteers he asserted ‘regard all of this with blithe insouciance. Their irresponsibility is breath-taking’.

This site opposed Wolf’s view at the time but we can also add that he made no mention of the fact that many countries including the USA and China have no free trade deal with the EU and yet commercial, diplomatic and cultural life goes on as normal. While commercial relations between the USA and EU can sometimes be strained, the recently settled Airbus dispute did not affect wider US-EU trade, which has flourished, nor did it greatly damage relations beyond the particular trade issue at hand.

Wolf believed that what was being advocated by Brexiteers was nearer to cutting off all co-operation with the EU than a mere lack of a trade deal. He seemed to believe that no deal involved tearing up a range of existing commitments including those on the on the rights of EU citizens and co-operation on counter-terrorism. As we know, in the event, a free trade agreement (the Trade and Co-operation Agreement or TCA) was signed at the last minute on Christmas Eve 2020. This Agreement which most Remainers had argued would be impossible had already been accompanied by side deals on such things as aircraft landing rights which so concerned Wolf.

What had delayed agreement for a long period was the Irish backstop. Without the bottom line of a ‘no-deal’ outcome Theresa May’s hapless negotiators had been cornered by the EU into an agreement on preventing a land border in Ireland before trade negotiations could even begin. It was Boris Johnson’s last-minute agreement to the Irish Protocol (the same as the Backstop but applying only to Northern Ireland and not GB) in 2020 that unblocked progress, and a trade deal was done.

The woeful nature of the Protocol was well understood in No. 10 (even though Boris Johnston exuberantly and characteristically pronounced it a triumph) and the UK Government now seeks to rewrite the deal and threatens to invoke the Protocol’s Article 16 to disapply most of the trade and regulatory rules applying to Northern Ireland. Right on cue Martin Wolf has returned to the fray to denounce the UK’s plans (FT, wed 10th November 2021). He begins this time by repeating discredited 2016 estimates of long-term economic damage from Brexit, newly resurrected by the Office for Budget Responsibility (EFO, Oct. 2021 Box 2.5), and claims, wrongly in our view that the UK economy is on track to record these losses. He then returns to his 2018 theme and claims that any repudiation of the Irish protocol could ‘destroy the credibility of the UK government as a partner’.

Wolf makes no acknowledgement that agreeing the Protocol was a ‘Versailles moment’ when the EU exploited the UK’s deep political divisions to impose an agreement which minimised the difficulties of the Republic of Ireland and the EU while maximising the damage to the UK and to Ulster unionists. Too bad if you agree a bad deal under any circumstances implies Wolf. In his view the UK should just suck it up. There is no need in his view to restore UK sovereignty by writing the ECJ out of the deal. As always there is no criticism of the EU, instead focussing on belittling his own country. Lord Frost is for instance described as ‘Johnson’s bantam cock’.

He repeats the threat by Irish Foreign Minister Coveney that the EU would tear up the TCA in retaliation for the UK suspending parts of the Protocol. No mention is made of the fact that a UK suspension of the Protocol would be legal within the Protocol’s article 16, or that excessive retaliation by the EU would not be legal within the Protocol’s stipulation of ‘proportionality’ Wolf takes it for granted that cancelling the TCA would be ‘a crash’ and damaging’. These adjectives are less exaggerated than in his 2018 article and he perhaps now recognises that, even without free trade, a third of UK exports to the EU would face no tariffs or quotas, and a further half would face tariffs of only a few percent. The main costs are the 10% tariff for cars and higher tariffs for some food products, both commodities in which the UK has huge trade deficits with the EU. In any case the post-referendum currency depreciation of 15% would partially offset extra tariff costs.

Wolf makes no mention of the fact that Lord Trimble, an architect of the Good Friday agreement (GFA), considers that the Protocol has driven a coach and horses though the GFA. In its persistent claims to be protecting the GFA the EU focussed only on the north-south elements of that Agreement. It completely ignored that the GFA also contains an East-West dimension and is wrapped in an international treaty which commits the signatories to protect ‘civil, political, social, economic and cultural rights’ in Northern Ireland. Breaking that treaty with a Protocol which shatters those rights by undemocratically imposing a new trade and regulatory regime, is not something that Wolf cares to mention.

In the end, Wolf’s opposition to the UK plan of action comes down to speculation about the damage caused by an international loss of trust in Britain’s bone fides.  He cannot imagine that many countries would accept that getting out of an unprecedented and bizarre extension of EU authority onto the sovereign territory of an independent neighbour is something that might be considered to be reasonable. Nor does he consider that countries might accept that the EU has crashed unwarrantedly into the GFA, or least pushed the UK into doing so as the price of agreeing a free-trade agreement with the EU

Wolf has a right to his view that the UK should have stayed within the EU, but is now trapped by that view into taking one-sided positions. Instead of continually taking the side of the EU he might for once examine the pros and cons of the current position. The UK has a good case for its desire to fundamentally reform the Protocol. Boris Johnson may have signed up to the Protocol but there is a wisdom in correcting past mistakes.