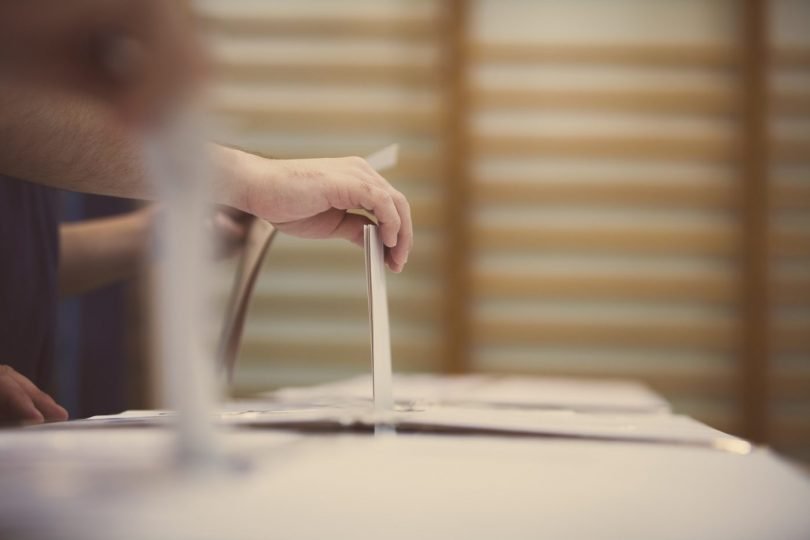 The 2019 general election is unusually complex but electoral modelling suggests that the Conservatives current poll lead will result in a clear majority in the next parliament. Tactical voting could upset this result but even a quite strong switch in votes from LibDems and Greens to Labour in seats potentially vulnerable as Tory gains may be insufficient to remove this majority.

In one sense the ‘people’s vote’ campaign have realised their repeat vote on Brexit, not in the form of the desired second referendum but in yet another general election. For Leavers, the circumstances of this vote are however more favourable than would be the case in a second referendum. A pro-Brexit Government can influence the terms of the election. In Boris Johnson the Tories have a formidable campaigner and he begins with a commanding lead in the polls. Even so, the 2019 election is anything but certain.

Although Boris Johnson’s Conservatives are well ahead in the polls, the memory of 2017 looms large. A 20% lead for Theresa May at the start of the 2017 campaign melted away to almost nothing and the Tories emerged with no majority in Parliament.

With the election only just over three weeks away, current polling looks favourable. Even though Labour have successfully deflected election coverage away from Brexit and increased their low poll rating, the Tory lead looks solid. What is happening so far is that both main parties are leaching votes away from smaller parties. The Tories are close to 40% as the Brexit Party stands down in Conservative-held seats. Labour’s rise is accompanied by a retreat in LibDem votes. The key factor is whether the Labour rise will continue.

The Tories are gaining from their clear pro-Brexit position and a done deal with the EU. Labour still holds onto both leave and remain supporters, but its ambiguities which led to a collapse in its support from 40% in the 2017 election to only 25% at the start of the campaign, may now be fading as the party focuses on other issues. With the LibDems initial 17% in the polls now fading and the Brexit party falling to only 4-5%, two-party dominance is beginning to re-emerge, but the election outcome remains complex. Since the SNP is looking strong in Scotland, the stage is set for a complex set of local outcomes.

In the UK’s first-past-the post electoral system the always complex relation between seats and votes becomes more volatile when at least three parties each have substantial votes totals. The unprecedented nature of the election makes predictions precarious, but it is possible to make scenario projections. The two scenarios modelled here both assume that current opinion poll of polls support for each party will hold up until election day.

The first scenario takes the results of the 2017 general election and adjusts support in each constituency for changes in polling support since then. The change in support is initially assumed to occur uniformly across constituencies in England and Wales. Scotland and Northern Ireland are treated separately. The Brexit party’s 5% is distributed across non-Tory constituencies in proportion to the UKIP vote in 2017. The Brexit party is assumed to take two votes from the Tories for every one it takes from Labour.

The results of this exercise are surprisingly clear. The table shows that even with only 39% of the votes, the Tories would win the election with a 51-seat majority over all other parties. Assuming Sinn Fein’s MP’s continue to refuse to take their seats and also that the Speaker comes from a Labour seat, the Tories effective majority could rise as high as 81 if supported by the DUP and Brexit parties.

The fact that the Brexit party will not contest constituencies with sitting Tory MPS has no direct impact on these results. These Tory-held seats are predicted to have been won in 2019 by Tories anyway. The only real difference is that Tories hold Thurrock which they might otherwise have lost to the Brexit party. More generally, the Brexit party’s withdrawal from Tory-held seats sends out a signal that the Conservatives should be supported. This may have a knock-on impact, persuading Brexit-party voters to switch to Tories even where a Brexit Party candidate is standing. If the Brexit Party were to lose support in this way then perhaps another 25 Labour seats might fall to the Tories.

The unexpectedly large Government majority occurs because the Conservatives would win 46 seats from Labour, even with Brexit party opponents, while losing only 13 (10 to the SNP and 3 to the LibDems. The Brexit party is projected to gain two seats, both from Labour (Hartlepools and Rother Valley).

Most of the Tory gains in this scenario are in the north of England, with further gains in the Midland and several in London and the South East. Few gains occur in the South West, Wales or East Anglia and none in Scotland.  The main reason for the gains is the rise in the LibDem vote since 2017 which takes votes away from Labour in Labour-held seats. This is enough to win 5 Labour seats for the LibDems but also helps the Tories to take many more from Labour.

Whether this scenario, based as it is on uniform swings, is realistic will depend on local factors and on tactical voting. Tactical voting is investigated firstly by assuming that the LibDem-Green Plaid Cymru electoral pact works perfectly in the sense that where parties stand down, all of their voters transfer to the party within the pact which does stand.

The LibDems, Greens and Plaid Cymru are generally too weak to make much difference in the 60 constituencies (49 in England and 11 in Wales) covered by their pact. Only 9 pact constituencies involve the LibDems standing in England. In Wales most seem aimed at protecting existing Plaid Cymru seats and in two cases this may preserve PC control (Llanelly and Ynis Mon or Anglesey). The net impact is likely to be marginal at best.

Informal tactical voting by LibDem supporters is potentially much more important. For illustrative purposes the tactical voting scenario secondly assumes that a quarter of LibDem and Green supporters voluntarily decide to support Labour candidates. This is equivalent to Labour support rising nationally to 34% with LibDem voting intentions falling to 12%. However, such tactical voting only matters in Labour seats vulnerable to the Tories.

The prediction in this tactical-voting scenario is that this tactic would lose 20 seats for the Tories. Their majority over all parties would then fall to 11, but with DUP and Brexit party support their effective majority could be 41. The intervention of the Brexit Party, even if confined to seats held by Labour and the LibDems, is less important than generally assumed.

Will these scenarios reflect reality on December 12? This depends chiefly on what happens to party support nationally. The Government lead has been consistent over the early days of the campaign and the Tories are determined not to repeat their vote collapse during the 2017 campaign.  Even so, the manifestos are not yet published, and leader’s debates are still to come.

Differential turnout may also change the result. In some areas working-class ‘leave’ voters are turning against democracy on the grounds that their vote is ignored anyway. If this led to a large fall in turnout in Leave areas the outcome might change, although in exactly which direction is difficult to predict.

Barring major changes in the polls or dramatic differences in turnout, the likelihood is a comfortable victory for the Tories. With a secure majority the Government can then both take the UK out of the EU next January and press ahead with negotiations for a free-trade agreement undogged by a remainer Parliament.

Dr Graham Gudgin is the co-author with Professor Peter Taylor of ‘Seats, Votes and the Spatial Organisation of Elections’ republished in 2012 by the European Consortium for Political Research as an ECPR Classic.

This article is an updated and revised version of a similar article on the Spectator Coffee House site. The results are different because national poll standings have changed and because assumptions are slightly different. https://blogs.spectator.co.uk/2019/11/a-remain-electoral-pact-shouldnt-stop-a-tory-majority/