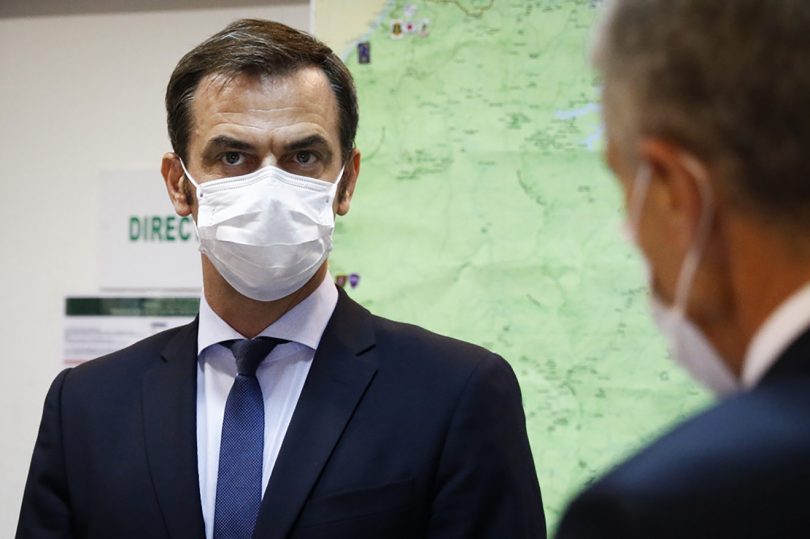 The vaccine war strays into dangerous territory as a French government minister suggests that the European Commission use a controversial export ban to divert free AstraZeneca vaccines destined for poorer countries to France and a French MEP hopes to deprive vulnerable Britons of their second Pfizer jabs.

A president on the ropes

Emmanuel Macron seems to delight these days in bashing AstraZeneca (and by extension, the United Kingdom) in order to divert French ire from his lamentable mismanagement of the coronavirus pandemic. Facing a third wave which is getting rapidly out of control, and resisting clinicians’ calls for a complete lockdown to stem the rise in cases, he is now pinning his hopes (and possibly his political salvation) on a massive vaccination rollout and the arrival of warmer weather to keep coronavirus under control.

At last week’s European summit, he was on the offensive again, fully supporting the EU’s ban on vaccine exports, declaring that countries with better vaccination rates (the UK, obviously) “cannot be allowed to get ahead on the backs of Europeans”. Vaccination against Covid is a battle, he declared, “a battle which Europe must win”. And if you are fighting a battle, it always helps to identify the enemy. In this case, AstraZeneca, an Anglo-Swedish company which has delivered at cost a vaccine invented in Oxford and developed with British taxpayers’ money. AstraZeneca would not be allowed to fulfil its legally binding contract with the British government from its factories in the EU until it had delivered millions of doses for the EU, under a later contract which promised nothing beyond “best endeavours”. It is largely due to problems with production at its plants in the EU that AstraZeneca’s best endeavours have fallen short. The European Commission insists that the company cannot produce doses for the EU at any of its plants outside the EU except those in the UK, which, naturally, are delivering on the contract AstraZeneca signed months earlier with the British government.

The EU has been on the back foot throughout the pandemic. It bought vaccines late and bought them as cheaply as possible. French Europe Minister Clément Beaune crowed last autumn that the UK was paying three times more to vaccinate its population than France (the implications of this boast are quite repulsive and seemingly lost on M. Beaune). The EU forced production to be restricted to EU factories in order to accrue advantages to the Single Market. Its ponderous penny-pinching protectionism is the root cause of its current vaccine shortfall. European politicians compounded the Commission’s mistakes by irresponsible (indeed slanderous) statements about the efficacy of the AstraZeneca vaccine and by suspending vaccinations on the basis of fake news. All this, it seems, to cover up their inability to develop and execute a mass vaccination programme to protect their citizens. It is failure on an epic scale which will, alas, be a personal tragedy for many.

Turning a crisis into a catastrophe

The third wave is taking hold on the Continent, vaccination rollout is painfully slow, and a cheap and effective vaccine has been so discredited by EU leaders, foremost among them President Macron, that people are now refusing to take it.

Macron is keen to pin the blame for the virus firestorm about to engulf his presidency on a foreign pharmaceutical company, rather than on his refusal to listen to his scientific advisers and adoption of half measures which have done nothing to control the spread. He is up for re-election next year, the French economy is due to take another big coronavirus hit because of the botched vaccination programme (the EU as a whole is projected to lose €123 billion), and as he has positioned himself as the final arbiter on France’s pandemic response, the buck would normally be expected to stop with him. But the president, nicknamed le poudré by some critics (a reference to the powdered hair sported by French autocrats of the past), has no intention of not winning a second term.

In 2016, a year before his election, the bookshops of Paris were awash with a biography on Emmanuel Macron called The banker who wanted to be king. He was certainly channelling his inner Louis XIV (and possibly his inner Edith Piaf) after last week’s EU Council: “I can tell you that I have no mea culpa to make, no remorse, no failure to acknowledge.” In other words, je ne regrette rien.

Like the doomed French monarchy, it appears that Macron has learned nothing and forgotten nothing. He is incapable of learning from his mistakes – if you don’t admit to making them, you cannot. And he will never forget, nor forgive, Britain’s rejection of his beloved European Project, a version of the Carolingian empire where France would call the shots.

As well as staunchly supporting the EU’s vaccine export ban (of very dubious legality in international law), he has promised that not only will France become the epicentre for global vaccine production, with factories churning out life-saving vaccines to rescue the whole world through the Covax scheme (to which the UK contributes more than the entire EU27, by the way), but that all French citizens will be offered Covid vaccination by the summer.

But where are all the vaccines he has promised the French public going to come from?

European sources said that “a loaded gun had been put on the table” at the EU summit (vaccine export controls). Its barrel is pointing at London, with the aim of forcing the UK to offer Brussels some of its own vaccines in return for the EU graciously allowing vaccines paid for by the British government to be shipped from the Continent to the UK. Contract law? Private companies? Court injunctions? Forget it. This loaded gun of course has nothing to do with starting a vaccine war, according to French foreign minister Yves Le Drian. How ridiculous that would be. But in an interview on 26 March he went on to accuse the British government of “blackmail” (in relation to what is unclear) by refusing to surrender millions of doses of a vaccine which British citizens are happy to take, but which has been so trashed by European politicians that EU countries are storing more jabs than they can deliver. He then remarked that the UK “has a problem with second doses”, implying that the EU would ban the export of (mainly Pfizer) vaccines to the UK, thereby directly threatening the most vulnerable British citizens who received first dose vaccines a couple of months ago. This threat has now been explicitly made by French MEP Pascal Canfin (The EU is ready to deprive Britons of their second vaccine doses), who is “convinced” that Britain will give up UK-made AstraZeneca vaccines in order to receive second dose Pfizer vaccines (which, however, rely on British components).

If this is not a war, the imagery, the menaces and the possible consequences surely make it look like one.

The British press kept abreast of Le Drian’s threats, but doesn’t seem to have noticed where this French assault is headed nor how it has been carefully set up. Clarification came on Saturday, in an interview given by France’s industry minister Agnès Pannier-Runacher, who was pleased to announce a big increase in the availability of vaccines in France from April.

Talking about AstraZeneca, she said without hesitation that the European Union “has secured doses by blocking doses in Italy. There is now a pool of 29 million doses [of AZ]. Out of 29 million doses, 16 million were destined for the European market. We are in discussions about the remainder of those doses, but the advantage now is that we have got our hands on them.”

It seems that far from considering just an export ban, the French government is talking about the seizure of private property from a pharmaceutical factory. And it has been planned. A totally false accusation was made the day before the EU summit that AstraZeneca had been “stockpiling” vaccines bottled at its factory in Italy in order to “smuggle” them to the UK. On a “tip off” from the French (of course) EU Commissioner Thierry Le Breton, Italian police raided the premises. Imagine that. Armed carabinieri descending on a pharmaceutical bottling plant and impounding vaccines… It transpired that the doses were in fact intended for the EU (Belgium was mentioned) and to third countries under the Covax scheme. The story went cold as the EU summit took place, with the public naturally assuming that the EU vaccines would be dispatched to EU countries and the Covax vaccines to their lawful recipients.

But remember: “We have got our hands on them”. Was the French minister lying about “discussions” (presumably with the EU) on dividing up the “hidden” vaccine stash? It appears not. France’s ubiquitous Europe Minister Clément Beaune announced on France 2 on 28 March that France would receive “at least 2 million” of these doses “found” in Italy … But then 16 million doses were already intended for the EU.

So, is this yet another front in the French communications war against AstraZeneca, to make President Macron look good by pretending to secure “hidden” vaccines which were destined for the EU anyway, or is France going to get 2 million extra doses from the 13 million AstraZeneca vaccines blocked in Italy which are due to be exported to poorer countries under the Covax scheme? It is an extremely important question.

If the latter were true (and one sincerely hopes it is not) it would represent not only the ultimate hypocrisy by M. Macron, so keen to burnish his humanitarian credentials by offering to vaccinate the entire globe, but a flagrant breach of the law.