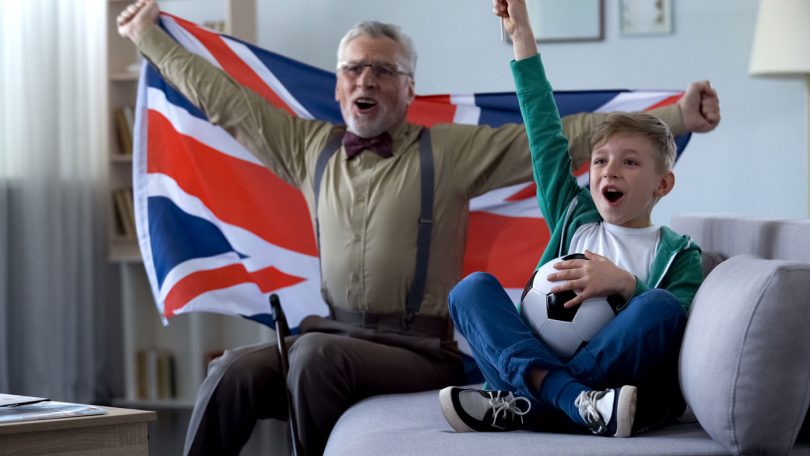 Many commentators on the Continent adopt an air of compassion towards the confused and divided British. I think they are wrong. There are, behind the appearances, five things that convince me that it is Britain, not the European Union, that will emerge as the winner from the current arm-wrestling match.

The day after the latest rejection of the “draft agreement” negotiated by Theresa May’s government, the question that the then French President Valéry Giscard d’Estaing asked Margaret Thatcher at a European Council meeting comes to mind : “Madam, can you only say no? “  Britain has just emerged from a week in which all solutions were rejected, whether by so-called indicative votes last Wednesday (No deal, customs union, second referendum….) or, on Friday, more solemnly, the third vote on the agreement proposed by Theresa May, and more inconclusive indicative votes yesterday. On the continent, many people are adopting an air of compassion towards these “poor Britons”; haven’t they shown a total inability to understand the issues of the moment? In Brussels, they do not know whether they should be pleased that, potentially, Brexit could derail, or be overwhelmed by the time they will still have to spend negotiating with the British. Which is worse? To have the British outside or to have them inside, again, after the failure of two and a half years of negotiations and, in all likelihood, as an ungovernable country?

In fact, it seems to me that most commentators are wrong. There are, behind the appearances, some simple realities that can be identified, and which suggest that it is Britain, not the European Union, that will emerge as the winner from the current arm-wrestling match. I propose to draw five provisional lessons from the “Non-Brexit”:

The European Union is in deadlock.

The European Union has definitively proved its sterility and its power to harm. It is the EU who “can only say no”. When we look at these events in retrospect, it is of Brussels, Paris and Berlin that we will be ashamed. Basically, the European Union refused to negotiate. It wanted to impose a diktat, to use the expression used in Germany in 1919, when the Treaty of Versailles was presented to the public. As if, a century later, continental Europe confirmed that it has completely lost the tradition of negotiation, political compromise and European balance. I suppose they still have the idea in Brussels that the British will eventually change their minds and that they will soon see them begging to join the club again. But this is a profound blindness. How can we imagine that, in the face of the British political tradition of freedom, contract and negotiation, we can act by threat, blackmail and coercion? There have been British politicians and senior officials who have been scared. But, on the other hand, British parliamentarianism appears to be alive – too alive for some.

It is striking to see that the attitude towards Brexit on the continent depends largely on the degree of authoritarianism of the rulers. In countries where the government has a strong electoral base, there is a growing desire to find a way out of the impasse. On the contrary, it is in the country with the most unpopular government, France, that the most intransigent government attitude towards Britain is found. In fact, Brexit serves as a revealer of underlying political values. We must completely abandon the Establishment distinction between « populists » and « reasonable people » or Emmanuel Macron’s contrast between « nationalists » and « progressives ». The more governments tend to present themselves as reasonable, the more unreasonable they have been in negotiating Brexit, unwilling to compromise.

The British weakness: a leadership issue.

There is undoubtedly a problem of leadership in the British political class at the moment. Theresa May is primarily responsible for her triple failure before Parliament. She negotiated very badly for two years, even though she had much better cards than the European Union. She does not have the same taste for negotiation and permanent persuasion as her predecessors did in her government and party. She is a victim of her “solitary exercise of power”. That she is so tenacious that she did not resign on the evening of 29 March and is even considering a fourth vote is a clear indication of the extent of the problem. It is compounded by the fact that no one in the Conservative Party is apparently able to establish himself or herself as an obvious successor. No less striking is the inability of opposition leader Jeremy Corbyn to build a credible alternative. Never throughout these long weeks has the leader of the Labour Party come out with an “other Brexit” to be implemented. That is the British difficulty, if there is one.

The strength of the British rule of law.

This further highlights the strength of the British rule of law. I have just spent a few days in Great Britain. I was impressed by the deep calm that prevails in the country. There is a frank debate on the real number of demonstrators last Saturday in London in favour of Remain. The Leavers march across the country gave rise to impressive popular demonstrations. The left may claim that Nigel Farage is an extremist, but his speeches are all imbued with a love of British institutions. We cannot understand why the markets are so calm if we do not see the deep trust that people everywhere continue to have in the underlying stability of the British political system. Some wonder how a parliament can be so divided : seventeen motions were proposed before Wednesday’s indicative votes; the Speaker kept…. only eight; they were all rejected. We can only be struck by the indiscipline of the Labour or Conservative Party members who did not follow their party’s orders. This shows a freedom and an ability to defend one’s convictions that bodes well for the future. Even if some people find the House of Commons too frightened of a “hard Brexit”, the outside observer is impressed by the spirit of freedom that prevails there, so different from many parliaments on the Continent. And even if some, in Brussels or elsewhere, maintain the secret hope of punishing Britain, it is clear that the real tragedy of Brexit is for the European Union: by letting Britain go, the EU is depriving itself of a political culture of freedom, essentially liberal in the political sense of that term.

The popular wave that is rising in favour of a No Deal.

While the British Parliament is unable to make a decision, an option is emerging in the opinion polls: No Deal. With Theresa May’s weakening, the prospect of a general election is becoming clearer. And the big dilemma for members of the House of Commons will be whether they run for office before or after Brexit. If a general election were held before Brexit was decided, the result would be devastating for all parliamentarians who have been dithering. On Monday night I was at a meeting of the pro-Brexit Left. The speakers were wondering doctrinally how to get Jeremy Corbyn into power; and one of them even tended to think that it was better to have Corbyn without Brexit than Brexit without Corbyn. An activist then stood up in the room, asked for the floor and said “A Labour Brexit? A Tory Brexit? I don’t mind. I just want this bloody Brexit!” She was the one who was most applauded that night. And everyone who agreed with her got the backing of the audience. At the end of the session, the speakers seemed struck by the deep swell of opinion that is emerging in Great Britain: the idea that we must end this quickly is becoming the majority view. The coming weeks and months will be full of twists and turns. But a great wave is rising, which will swallow up those who did not see it coming: the British people will demand, more and more clearly, that the 2016 vote be respected. And the British ruling class has enough instinct of self-preservation to hear it.

Professor Édouard Husson is a French historian specializing in German history. He has served as Vice-Chancellor of the Universities of Paris and Director-General of the ESCP Europe business school. From 2009 to 2010 he was responsible for the humanities and social sciences in the private office of the Minister for Education and Research. He is now Dean of the Institut Franco-Allemand at the Université de Cergy-Pontoise.

Professor Édouard Husson is a French historian specializing in German history. He has served as Vice-Chancellor of the Universities of Paris and Director-General of the ESCP Europe business school. From 2009 to 2010 he was responsible for the humanities and social sciences in the private office of the Minister for Education and Research. He is now Dean of the Institut Franco-Allemand at the Université de Cergy-Pontoise.