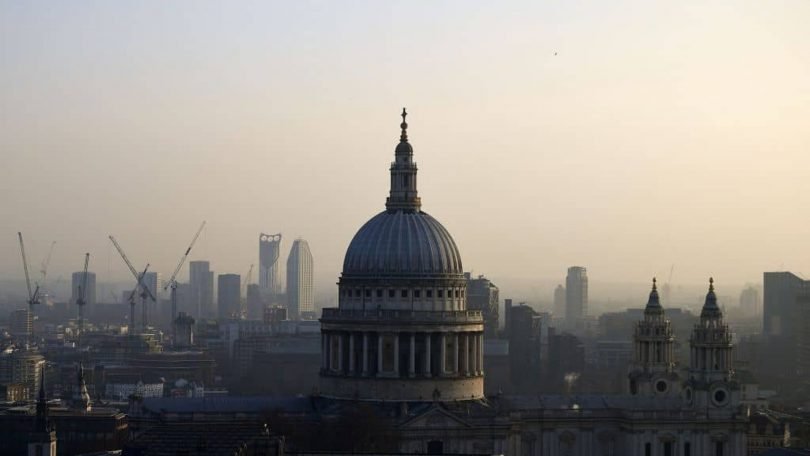 Professor Tombs accuses the Church of England of hypocrisy in a new memorial in St Paul’s Cathedral to ‘unconditionally celebrate or commemorate’ a major slave owner and trader? The twelve-foot-tall bright red effigy of the ruler of the African kingdom of Benin, Oba Ovonramwen, who was deposed by a British expedition in 1897 , in his view, embodies a racialised distortion of morality in which complicity in slavery is an unforgivable sin for a white person but morally innocuous for a black person.

Original Article Can Be Found Here

The Church of England is rightly sensitive to the evils of slavery and racism. It has announced energetic measures to combat racism within its membership and to remove flagrant commemorations of slave owners in its churches. Following the Black Lives Matter protests, Archbishop Justin Welby remarked that: ‘Some (statues and monuments) will have to come down’. It is a policy he continues to advocate. The anti-racism taskforce set up by the Archbishops of Canterbury and York has commented that: ‘We do not want to unconditionally celebrate or commemorate people who contributed to or benefited from the tragedy that was the slave trade.’ But does it always practise what it preaches?

The Church’s 12,500 parishes and 42 cathedrals have been urged to scrutinise their buildings and churchyards for tainted memorials, which ought to be removed, relocated or altered. Ignoring them, parishioners have been told, is not acceptable. Becky Clark, the director of churches and cathedrals, who is responsible for the oversight of buildings, has spoken of ‘the responsibility to ensure they include, welcome and provide safe spaces for all.’

In pursuit of this policy, Bristol Cathedral has removed a window dedication to Edward Colston. St Margaret’s, Rottingdean, in Sussex, removed two headstones in its graveyard which contained ‘racial slurs’. St Peter’s, Dorchester, has covered up a plaque commemorating a plantation owner’s role in suppressing a slave rebellion as it ‘commemorates actions and uses language which are totally unacceptable to us today’.

Archbishop Welby himself has recently urged the removal from Jesus College Chapel of a memorial to Tobias Rustat, a 17th century benefactor involved in the Royal African Company. Becky Clark has stated that:

‘Responding (to such memorials) in the right way is a Christian duty. Doing nothing is not an option.’

The message is strong and unambiguous. Or so it appears. How then can one explain the appearance in the crypt of St Paul’s Cathedral last month of a new memorial to ‘unconditionally celebrate or commemorate’ a major slave owner and trader? What the Cathedral describes as ‘a bold new artwork’ is a twelve-foot-tall bright red effigy of the ruler of the African kingdom of Benin, Oba Ovonramwen, who was deposed by a British expedition in 1897. There is no doubt about the celebratory intention of this work: its artist, Victor Ehikhamenor, describes it as ‘reawakening Oba Ovonramwen and every other person that was violated during that oppressive attack on the Benin Kingdom.’

When the perpetrators of the ‘oppressive attack’ reached Ovonramwen’s palace, they found, according to F.N. Roth, the expedition’s doctor, ‘several human sacrifices, live women-slaves gagged and pegged on their backs to the ground, the abdominal wall being cut in the form of a cross, and the uninjured gut hanging out. These poor women were allowed to die like this in the sun.’

Benin had been a major slave-owning kingdom with a long history of violent slave raiding and trading — an activity that was ended by the British intervention. The famous and beautiful bronzes (many of which were seized and are now in European museums) were made with brass obtained by trading slaves. There can be no doubt that Ovonramwen was one (to use the Church’s words) ‘who contributed to or benefited from the tragedy that was the slave trade’.

Does this installation in his honour help to ‘include, welcome and provide safe spaces for all’? There must be many Londoners whose recent forebears were slaves of the Oba or similar African rulers. I wonder whether their feelings have been in the slightest degree considered.

I can think of only two explanations for this blatant flouting of the Church’s clearly proclaimed policy. First, that the Dean, the Very Reverend Dr David Ison, and the Cathedral Chapter simply passed responsibility for the installation to the University of York (which is running a project on the Cathedral’s memorials funded by the Arts and Humanities Research Council) and to the curator of the Pitt Rivers Museum in Oxford, Dan Hicks, who commissioned the work with a grant from the Art Fund. Under that hypothesis, either the cathedral authorities did not trouble to inform themselves about what was planned, or they were too timid to raise objections once they knew. This was a dereliction of their duty, but it can be repaired: they should have the effigy immediately removed and issue an explanation and an apology. ‘Doing nothing is not an option.’

The second possible explanation is far more troubling: that they actually approve of an installation which, deliberately or not, embodies a racialised distortion of morality: complicity in slavery is an unforgivable sin for a white person but morally innocuous for a black person. Proclaiming the emancipatory and anti-racist message of Christianity, St Paul wrote that: ‘There is neither Jew nor Greek, there is neither slave nor free …For ye are all one in Christ Jesus.’ Not in St Paul’s cathedral, however.

This article first appeared on the Spectator Coffee House site