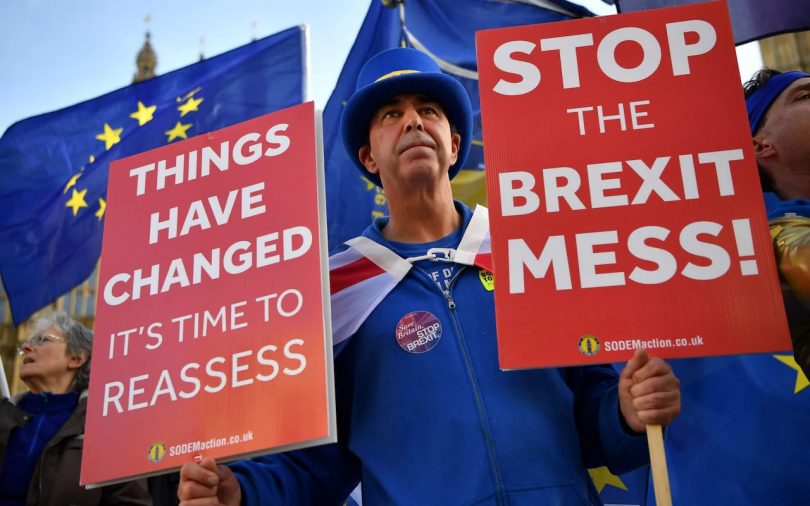 For those of you who missed this review in the Daily Telegraph we thought you might enjoy historian and journalist Dr. Andrew Roberts praising This Sovereign Isle by Robert Tombs.

Now that Brexit is almost a year old, and the Free Trade Agreement has become law, the time has finally come for the whole issue to pass from the hands of journalists into those of historians. Robert Tombs, emeritus professor of French history at Cambridge, has started the process of objective historical analysis with a profoundly thoughtful explanation of how Brexit happened, and why.

The why is much more straightforward than the how. Tracing British geographical development as a series of islands dependent on trade, Tombs shows how Britain has always had an instinctively different attitude towards the rest of the world than that of the largely landbound EU nations such as Poland, Austria, or Hungary.

The English Channel, which defended Britain from invasion far more effectively than any innate military genius of her people, meant that her representative institutions could grow in an uninterrupted way for centuries, unlike those European nations that were occasionally but devastatingly ravaged by war, ­occupation, genocide and totalitarianism.  Britain’s historical development, especially since the Reformation when we broke with Roman Catholicism, pursued a different path from much of the rest of Europe. Not necessarily better or worse, but quantifiably different.

So far, so unobjectionable. But then Tombs moves from “why” to “how”, and here he enters an area as fascinating as it is controversial.  As he surveys Britain’s postwar cultural and political landscape, he tries to explain how it was that virtually the entirety of the British Establishment should have supported Remain, while socially and intellectually Leave seemed like a small band of insurrectionists and outsiders on the fringe of politics, albeit, as it turned out, a numerical majority.  The question the book poses is not so much why were there so many Remainers occupying all the commanding heights of the British State in the decades before the referendum, but why were there so few Leavers?

Tombs’s facts are undeniable, and supported by impeccable endnotes and citations. BBC Radio 4’s Today Programme featured 366 guests between June and December 2016, for example, of whom 52 per cent were negative about the Leave vote, and 16 per cent positive. Nearly 90 per cent of Britain’s academics supported Remain, which as Tombs states was “strangely monochrome for a group whose stock-in-trade was original thought”. Tombs gives full rein to the Remainer academics such as David Reynolds and Brendan Simms who put forward insightful analyses during the referendum debate, but he also notes that when Sir Noel Malcolm discovered from “rather elusive” official statistics that Britain contributed more in research funding to the EU that it received, Cambridge University declined to publish it. 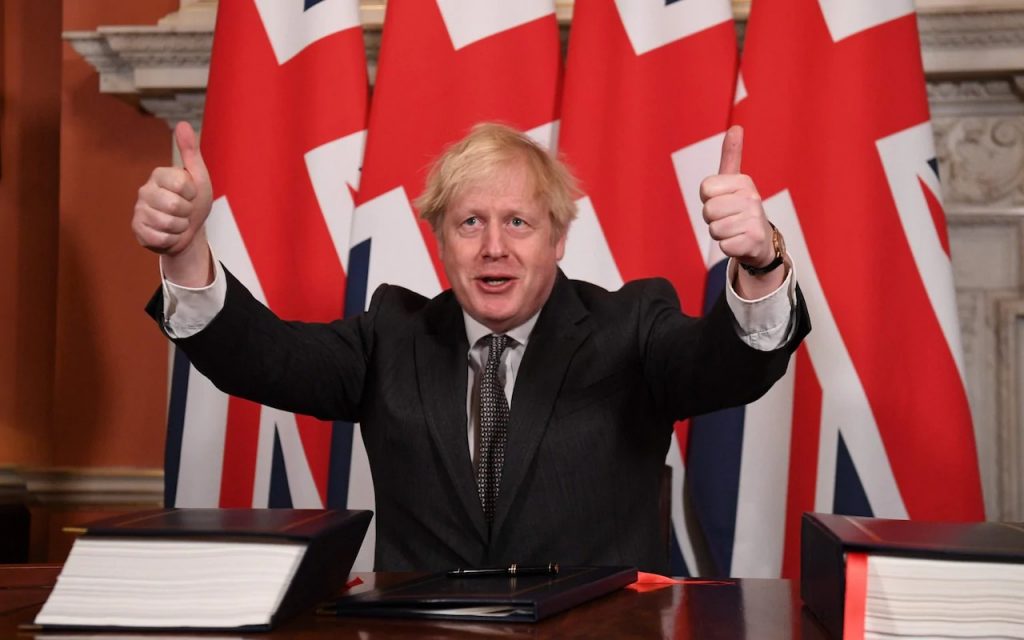 Prime Minister Boris Johnson after signing the free trade agreement between the UK and the EU, 30 December 2020 CREDIT: LEON NEAL

“At Cambridge,” one prominent Left-wing intellectual remarked, “the Vice-Chancellor’s office censored unwelcome opinion with stonewalling worthy of the Writers’ Union under Brezhnev.” British commentators have been profoundly and rightly shocked by the one-day assault on American democracy represented by President Trump’s supporters’ attack on the Capitol. By contrast, the attack on British democracy took place from within the British legislature, and went on for three and a half years, as Remainer MPs and peers used every possible parliamentary gambit to prevent the democratic will of the British people from being passed into law. There was no intellectual hoop too small for Remainers to leap through in their desperation to put their hatred of the idea of leaving the EU before their obvious and solemn duty to democracy, for reasons that Tombs explains cogently in this book.

Tombs has a witty turn of phrase and agreeably ironic style that means that he never descends into polemic. Of the writer Kate Atkinson, for example, he states that she “made the villains in Big Sky Brexiteers, although their business (sex trafficking Eastern Europeans) would logically make them enthusiasts for Free Movement”.  Tombs shows statistically how, had it not been for the extravagantly cataclysmic claims of Remain’s Project Fear, the Leave vote would have been significantly higher in the referendum, thus saving us from the debilitating division and discord that the actual 52-48 per cent vote triggered.

The fact that so far not a single one of the many horror stories of Project Fear has materialised – at least as a result of Brexit; Covid is a different matter – underlines how utterly irresponsible and misleading Project Fear was as a deliberate government policy. Leave’s claims were put on the side of a bus and failed to differentiate between net and gross figures. By contrast, Project Fear’s came out in the form of solemn but politically skewed Treasury forecasts, and failed to differentiate between truth and total falsehood.

“Geography comes before history,” Tombs concludes. “But for centuries we have been loosening the bonds of time and distance. Place has become less important. Language and culture, shaped by history, have become more so. Far from being a step into the past, leaving the EU demands fresh engagement with the 21st century, offering both dangers and opportunities.” If journalism is the first draft of history, then This Sovereign Isle is its penultimate draft, and the best we will have for many years.

Andrew Roberts is the author of Leadership in War