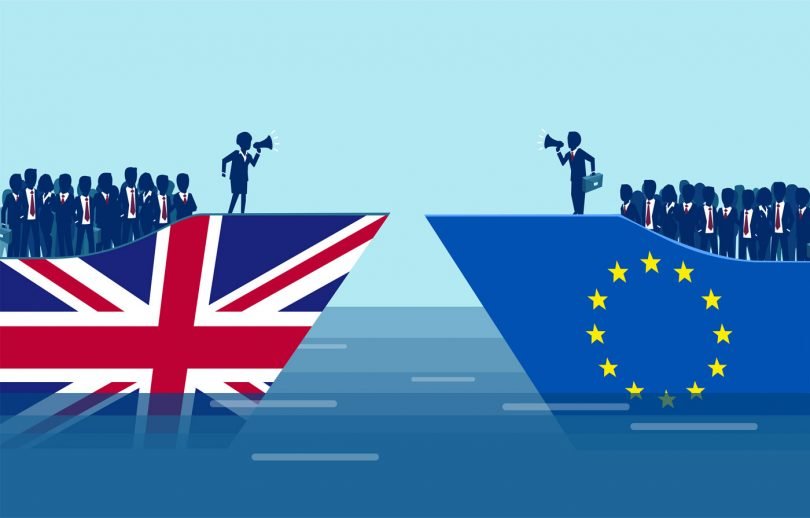 For all of its high internationalist rhetoric, the European Union is a protectionist club. It institutionalises a competitive advantage for European producers at the expense of farmers and manufacturers in the rest of the world. The customs union is the structure which provides this advantage: it erects selective, high tariff barriers against some non-EU imports while removing tariffs for goods cultivated and produced within the European Union.

Unlike some who make this argument, I am not an unabashed free trader. It is legitimate for countries to seek to protect their own industries, within reason. A Labour government which wanted to use state aid or tariffs to protect the UK steel industry from excessive Chinese imports should be allowed to do so. But, membership in an EU-wide customs union, which tries to protect at once the various domestic industries of 28 different countries, means that Britain ends up arbitrarily giving favour to industries in some European states which it has no domestic reason to protect at home.

For example, there is no moral reason why olive growers and olive oil producers in Spain, Italy, or Greece should be allowed to sell Britain as much as they want, but producers in Africa or the Middle East could face punitive tariffs or quotas. Britain doesn’t grow or produce olive oil; so, why should it be legally obliged to give favour to EU olives over non-EU olives? Even when the EU makes allowances for some imports, as it has recently for olives from Tunisia, these are often conditional to quotas and temporary in nature.

The customs union tariff wall is not monolithic. Some goods can be sold to the EU with few or no barriers, but this selectivity can lead to extremely perverse outcomes, especially from an international development perspective. Let us consider coffee. Why does the EU have a high tariff on roasted coffee beans but not on unprocessed beans?

The green beans used to make coffee are not grown in the European Union, largely for reasons of climate. Coffee farmers in Asia and Latin America can sell these unprocessed beans to EU countries without issue. But, the tariff on roasted beans makes it prohibitive for coffee growers outside of Europe to roast their beans before selling them to the EU. The customs union tariff wall, then, keeps German, Italian, and French roasters in business, while disincentivising non-EU countries from building up their domestic coffee-roasting industries.

Britain neither grows nor roasts much coffee. So, why should the UK by law give preferential access to coffee roasted in Germany, Italy, and France rather than, say, Brazil, Vietnam, or Colombia? Outside of the EU customs union we could rebalance some of these inequities. While we remain in the customs union, we will be complicit in this neo-colonialism.

This left-wing objection to the customs union was once at the heart of Labour Euroscepticism. In  the 1970s, some of the most vocal opponents of Common Market membership were anti-colonial, anti-racist Labour Party figures, including many great pioneering female Labour MPs: Judith Hart, Anne Kerr, Joan Lestor, and Barbara Castle. Hart was a pioneering overseas development secretary under Wilson; Kerr was beaten up by the Chicago police for protesting against racism; Lestor devoted her political career to the World Development Movement; Castle was a founding member of the British Anti-Apartheid Association and helped to get South Africa expelled from the Commonwealth. That these Eurosceptic Labour women’s voices have been largely forgotten shows the appalling paucity of the EU debate over the last several years.

There has long been a sense that Britain’s membership of the EU has provided special privileges for (mainly white) Europeans while leaving behind non-white people in Africa, Latin America, and Asia. This is what the organisation Action for World Development meant when it portrayed the customs union as racist and encouraged Britain not to join the ‘White Tribes of Europe’ in the 1970s (Figure 1). Judith Hart condemned the Common Market at ‘neo-colonial’, and Barbara Castle famously argued, ‘The largest and poorest countries…are left out of this circle of privilege because their membership will not suit the trading interests of the European bloc…This isn’t the language of internationalism…It is euro-jingoism’. 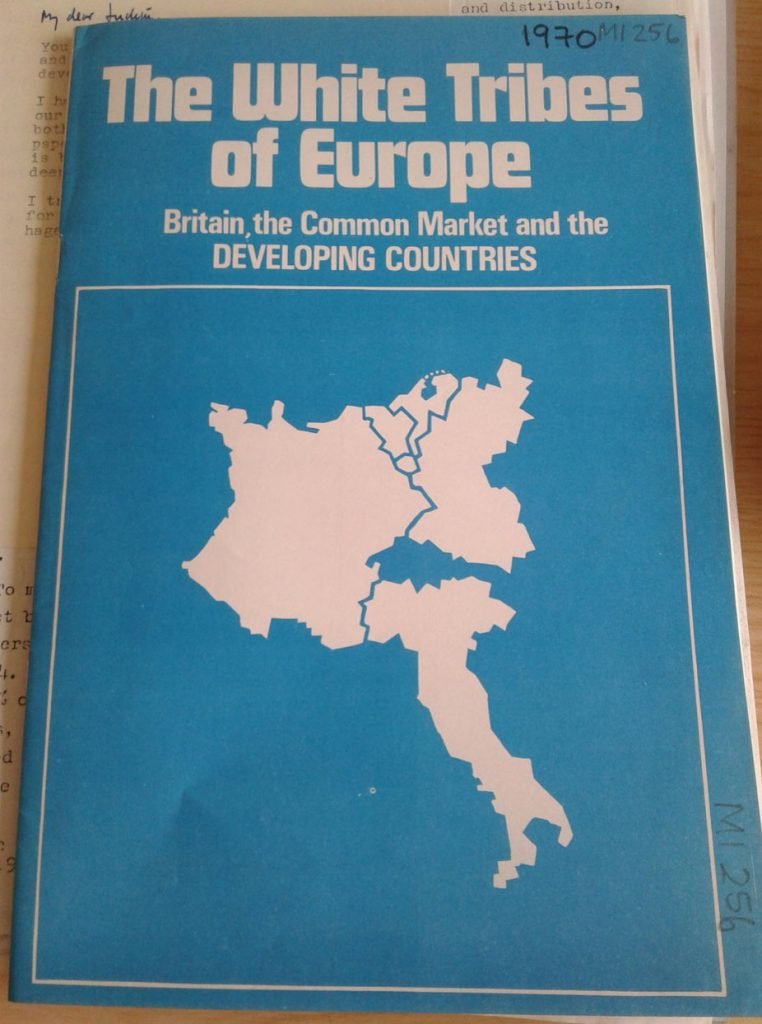 A future Labour government, outside of the customs union, would be in a position to pursue more humanitarian trade policies, which would seek to use trade as a means of furthering development, rather than exploiting vulnerable economies. For Jeremy Corbyn, a man who has prided himself on his internationalism and whose focus has been on championing the poor in Latin America and Africa, this kind of trade agenda must be an enticing prospect. Labour’s pro-customs union policy is deeply incongruent with its internationalist aspirations.

It is just as incongruent with its fundamental aspiration to help the poorest people in Britain. The customs union drives up prices of basic goods like food, clothes and footwear and disproportionately harms the living standards of the least well off. Prices of these goods are probably 5-15% higher on average thanks to the customs union, and much higher still in a few cases.

Additionally, certain Labour manifesto commitments are not achievable within the EU customs union. Labour has vowed to ban the importation of foie gras and certain other imports which do not meet high animal welfare standards. But, while we are in the customs union, a future Labour government would be powerless to use domestic legislation to block French farmers exporting foie gras to Britain or to block other EU countries from exporting live animals to Britain who might be suffering from heat, hunger, or thirst.

Finally, being in the customs union but outside of the European Union endangers British public services. By being in the customs union but without political say, Britain exposes itself dangerously to the European Union selling access to British markets which we might not wish to open up. For example, if the EU renews attempts for a free trade agreement with the United States, the EU could sell the US access to the NHS with the UK having little ability to stop them. For all of the talk about a US-UK trade agreement, the danger is even greater if Britain stays in the customs union.

Outside of the customs union, a UK government can demand protection in future trade agreements for our nationalised industries, such as healthcare, and for higher environmental standards. If a British government signs a trade deal which does not adhere to these protections, the British public can eject such a government at a subsequent election. The UK public will have no such power if British trade policy is decided in Brussels.

Dr Richard Johnson is a Lecturer in Politics at Lancaster University.