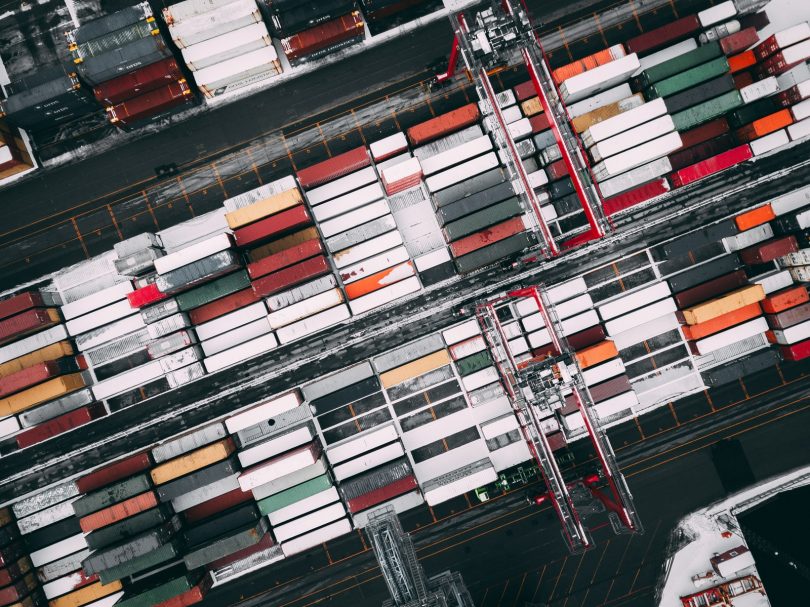 Food prices are rising and the war in the Ukraine could make things much worse in six months’ time. So why is a Labour MP with a city constituency willing to publish misinformation about potential food imports from Australia and happy to keep average tariffs of 38.7%, 42.7% and 55.4% on imported meat?

Barry Gardiner MP’s Labour List article entitled Where the government has got it badly wrong on the UK-Australia trade deal – LabourList could be dismissed as laughable if he didn’t hold a position on the Environment, Food and Rural Affairs (EFRA) Commons Select Committee. One might have thought that an MP representing Brent North in suburban London, would be on EFRA to stand up for the common consumer, but in the case of Barry Gardiner you would be wrong. Instead, his Labour List article regurgitates anti trade talking points disguised as animal welfare concerns; worries about the livelihood of subsidised farmers in faraway constituencies; while overlooking the massive tariffs applied to imported food. Are there no MPs who will stand up for consumers?

Rather than the Government, it is Gardiner who seems to have ‘got it badly wrong’.

In his Labour List article, Mr Gardiner claims that: Currently more than a third of the beef we consume in the UK is imported (362,000 tons), but only 4,000 tons of it (1.1% of imports) comes in free of tariff. Although I am sure that the Treasury will be delighted to hear this news, I imagine that the Irish will be shocked. They have been supplying the UK with about 75% of its imported beef for years – without paying a penny in tariffs. For the record, according to TradeMap the UK’s 5-year average imports of edible beef and beef offal whether fresh, chilled, frozen, salted or dried, was only 280,000 metric tons of which 208,000 came from Ireland. I haven’t included live cattle or calves in this calculation, nor any non-edible bovine products such as leather hides or glue. But although his total import figure seems exaggerated – where did Gardiner get the tariff free number? Surely, he is aware that the UK signed a trade deal with the EU granting them continued tariff free and quota free access to the UK markets.

But this is hardly his only gaff. Mr Gardiner is worried that in 10 years’ time, under the Australian Free trade agreement, UK beef importers will be able to buy up to 110,000 tonnes of Australian beef tariff free. That is the way trade works – Australia will not be ‘importing’ beef to the UK as Gardiner suggests. Exporters only send items that have been purchased by an importer. The average UK tariff on fresh beef was 38.7% in 2020, while the average UK tariff on frozen beef was 55.4% in 2020. So, does Gardiner really want consumers to continue to pay this extra amount to the Treasury for the privilege of eating Australian beef? Shouldn’t he be asking why consumers will have to wait so long for these tariffs to be completely eliminated?

Gardiner believes that the UK impact assessors are mistaken in believing that this is unlikely to happen because Australian farmers will be able to get higher prices for their beef in Asia. Gardiner feels that he knows more about modelling than the modellers. With no sense of irony, he claims ‘The other mistake made by the modelling is to assume that everything else remains the same.’ while overlooking his own assumptions that the UK population will be the same in 10 years’ time and will be eating the same amount of beef. By Gardiners calculations 110,000 tonnes will still be ‘almost exactly 10% of all the beef we consume each year.’ Gardiner has also assumed that in 10 years’ time the fast-developing Asian markets, not just China, will be eating the same amount of beef. And that Australia has an infinite capacity to increase its beef herd, even though cattle only have one calf a year and any heifer held back from market for breeding purposes is foregone income. So, expanding a beef cattle herd is both slow and expensive.

Gardiner also claims that Australia’s national flock of sheep is being rebuilt from an historic low of 68 million and will reach 104 million. But seems to be unaware that the flat grasslands once used as wool producing sheep stations have not been left abandoned waiting for the return of the British. Instead, they have been converted to crop farms – producing cotton, chickpeas, canola (oilseed rape) and sorghum. So, rebuilding Australia’s sheep flock, like cattle a slow and expensive business, would only happen if the returns from sheep were higher than the returns from those crops.

True to form for a Labour MP, Gardiner likes to reverse statistics to concentrate on the little guy. Emphasising that 40% of our [the UK’s] sheep production is from small farms with tight profit margins while ignoring that therefore, if this figure is true, 60% of UK sheep must come from large, profitable farms. That the majority of UK sheep farmers are profitable should be welcome news for everyone when you consider the subsidies that UK taxpayers pour into them.  But instead, Gardiner is worried that ‘in the next decade this market will be opened up, tariff-free, to Australian sheep farmers.’ Does he know that the average UK tariff on sheep meat was 42.7% in 2020?

Now just let that sink in: Gardiner is a Labour MP representing a suburban London constituency. Basic economic theory tells us that increased supply, if demand is constant, lowers prices. While the elimination of tariffs will reduce lamb import prices by 42.7%. Lower prices should be fantastic news for both Gardiner and his suburb constituents. Lamb is by far the most expensive meat in the UK, and it can be eaten by all religious groups. So why wouldn’t Gardiner want to make it more affordable for regular, little guy, consumers including his own constituents?

Instead, he is concerned about small family (subsidised) farms, and UK tourism in the Yorkshire Dales and the Lake District. Why? If small unprofitable farms go out of business, their land will be bought by larger profitable farmers, alternatively they could plant wildflowers and be paid £511 per hectare under the government’s new Countryside Stewardship program. While both the Lake District and the Yorkshire Dales are National Parks and thus protected (and also subsidised).

As for Gardiner’s claim: ‘there is no requirement for Australian meat imports to meet our animal welfare or antibiotic use standards’. Where to start? The easy one is Antibiotic use. According to Antimicrobials in agriculture and the environment – Reducing unnecessary use and waste.pdf (amr-review.org), December 2015, the chart on page 16 shows that Australia’s use of antibiotics in farm animals was about a third of the UK’s use. This is mainly because Australian cattle and sheep spend their lives outdoors. Sunlight kills viruses and the large spaces between animals reduces the chances of a disease spreading through a herd. This is obviously not the case for UK cattle and sheep, that are often kept indoors during the winter months, or in intensive dairies, or while they are being ‘finished’ for market.

As to the other usual suspects: Ractopamine, Hot branding, CCTV in Abattoirs and Mulesing. These are four issues that won’t change under the UK’s Free Trade Agreement (FTA) with Australia.

But finally, we come to Gardiner’s biggest gaff. That Australia is also the second largest exporter of raw sugar in the world. Where does this come from? It will surely be shocking news to Thailand, India, Guatemala, and Mexico who regularly vie for the second spot behind the World’s behemoth sugar exporter, Brazil. Sorry Barry, but Australia doesn’t export raw sugar in any quantity. In product code 170113 Raw cane sugar, in solid form, not containing added flavouring or colouring matter, Australia ranks 23rd with total exports of only 1,525 tons in 2020. Eswatini, Nicaragua and the Dominican Republic all measure their exports in this tariff code in the hundreds of thousands of tons.

Australia’s biggest sugar exports are in product code 170199, cane or beet sugar and pure sucrose, with 5-year average exports of 118,747 tons but this is nothing compared to Brazil’s 5-year average in this product code of 3.5 million tons, or India’s 3.2 million tons or Thailand’s 3 million tons. Even the UK usually exports more sugar in this category than Australia. Even though the UK’s 2021 export volumes were unusually low, its 5-year average was still over 125,000 tons.

Gardiner feigns concern for UK sugar suppliers in less developed countries (LDC), such as Guyana and Belize, by claiming that Australian sugar exports will replace theirs. But if the UK’s imports from Guyana or Belize drop off, it is unlikely to have anything to do with Australia.

As for Gardiner’s last claim that ‘trade policy must be integrated with our development policies’: as a member of the EFRA Commons Select Committee, he should be aware that these policies have been considered. Consequently, the UK’s tariffs and quotas on many commodities either not produced or not produced efficiently in the UK, will only be reduced over 4, 8, 9, or even 15 years. Thus, continuing protection for the UK’s EU and LDC suppliers as well as for UK producers.

If only UK consumers were so lucky.