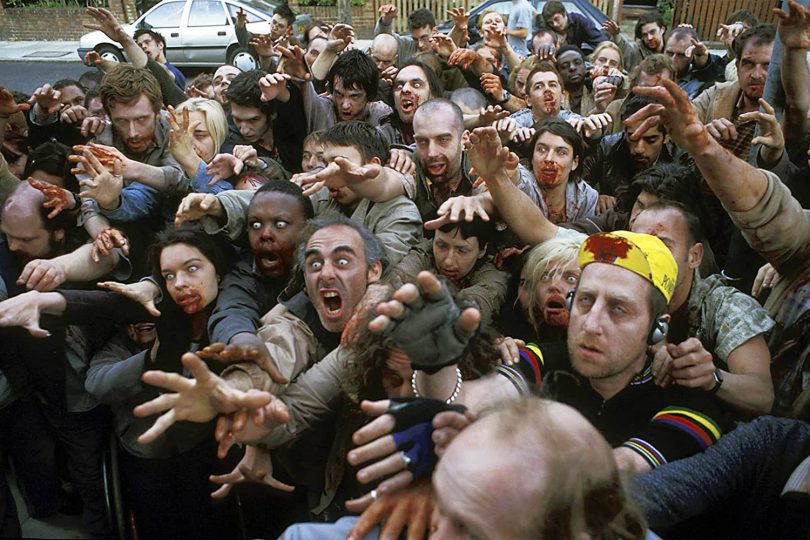 The Remainer media are still publicising flawed and highly negative predictions for the economic impact of Brexit. Unfortunately, this is likely to continue long after we have left the EU’s customs union and single market.

When James II, with his his Irish allies and subsidies from his European overlord, was deposed in 1689 it took over half a century before his Jacobite supporters finally gave up trying to engineer a come-back. Is it too much to hope that what Robert Tombs calls the Remainer Undead will give up rather sooner than this?

The omens are mixed. Lionel Barber, former editor of the Financial Times ludicrously claimed that the FT had an open mind about Brexit during his editorship. On the other hand, parts of the media keep alive the various prophesies of economic doom originally published by the Treasury, the London School of Economics and others.

An example comes from the Economist magazine of October 10th-16th. In an article on the progress of the trade talks, the Economist wrote, ‘the damage of a no-deal Brexit is clear. Modelling by the London School of Economics for the UK in a Changing Europe, a think-tank, finds that it would reduce GDP in ten years-time by 8% from what it would otherwise be. But the modelling also says a Canadian [-style] free trade deal would reduce GDP by around 4%. And in either case short-term disruption would be large. The government admits there may be queues of up to 7000 lorries to cross the English Channel requiring a new system of truck permits to enter Kent.’

The somewhat cynical conclusion drawn by Economist from this analysis is that Boris Johnson will prefer a no-deal because in that scenario it will be easier to blame annoying disruption on the EU’s pig-headed obstinacy. It sees disruption as inevitable whatever the outcome of talks.

This article combines several remainer themes. First is the widespread view that leaving the EU will be economically damaging. Second that significant economic damage will occur irrespective of whether a trade deal is signed or not. Thirdly, short-term disruption will occur in either case. Like the Financial Times, the Economist has always believed pessimistic economic forecasts for Brexit without much question or much attempt to publicise the views of those like this website that have consistently questioned those forecasts. In this article the Economist also claims that the Government admits there may be long lorry queues. In fact this ‘admission’ was government planning (announced in the Commons on September 23rd) for a worst-case scenario. Such disruption would only occur if the EU decided on a custom’s ‘go-slow’ that the Port of Calais and the Pas de Calais local authority have always said is unnecessary. Any responsible UK government has to plan for any potential outcome, even if unlikely.

We can see in such articles how the debate is likely to take place over the next few years. Given the many global and domestic influences causing economic volatility, and not least the Covid pandemic, it will be impossible to tell whether the relatively small predicted negative impacts of Brexit have in fact taken place. However, Remainers can blame on Brexit almost any economic downturn or period of slow growth. This was all predicted they can say, and lo it has come to pass.

This is why it is important for the Remain camp to keep alive the pessimistic economic forecasts and to ignore the evidence that such forecasts are flawed or have been disproved  The forecasts themselves have of course played a major constitutional role in Brexit and hence in the UK economy itself. Firstly, the 2016  forecasts published by the Treasury and other ‘organisations with acronyms’, as Michael Gove called them, influenced the outcome of the Brexit referendum. Post-referendum polls showed that the main reason for voting remain was the fear of economic loss. The pile-up of negative forecasts, widely publicised in the BBC and elsewhere, formed the backdrop for the referendum campaign. In this context it was surprising to say the least that there was a majority for Leave. Quite rightly in our view much of the public chose to take the forecasts with more than a pinch of salt.

More important has been the influence of the forecasts on the trade talks with the EU. Brussels has insisted throughout the talks that the UK has more to lose from no-deal than the EU This is their view despite the fact that the EU exports close to £100 billion more of goods to the UK than the UK exports to the EU.  Excluding Ireland, the figure is almost £110 billion. Germany alone exports £78 billion to the UK (while importing £58 billion from the UK). The EU has of course been supported in this perverse view by the Treasury and other UK forecasters. They have undermined the UK’s hand in the negotiations. If like us, you believe that the forecasts are flawed then the role of the Treasury and others has been outrageous.

Our view that the Treasury and LSE forecasts greatly exaggerate the economic damage is based on detailed research (here and here). Following the various criticisms of its original gravity-model (see also here) the Treasury switched in 2018 to using a complex theoretically-based American model (GTAP). This miraculously produced much the same negative forecasts as the flawed gravity model, i.e. a 7-9% reduction on GDP by 2030. Higher tariffs in a no-deal scenario generated little of this negative impact (the LSE found the same). Instead the impact was caused by what are called ‘non-tariff barriers’ and these include customs delays and admin plus costs of meeting EU regulations. Non-tariff costs are difficult to estimate and the Treasury, learning nothing from past mistakes, used the same gravity model technique which was criticised in its earlier 2016 reports. As a result, these were much too large.

Having over-estimated the additional costs of trade the Treasury then had to covert these into impacts on the volume of trade. This is achieved using so-called ‘elasticities’ which measure the ratio of volume change to the change in costs. The Treasury simply used the (large) elasticities built-in to the American model. Subsequent work by two authors (one of which is now a senior modeller at the Department of Trade) shows that UK elasticities are actually much smaller than those used by the Treasury. The implication is that any given increase in tariff and non-tariff costs would have a much smaller impact on volumes of trade. Finally, the Treasury and LSE both double the negative impact by assuming a knock-on effect of trade on productivity. As far as we can see this effect does not exist in advanced economies like the UK.

Despite all of these flaws, the Remainer media and organisations like UK in a Changing Europe (which is a research council funded unit based at Kings College London) continue to claim that research shows a major economic downside for Brexit. The half-life of these flawed reports looks likely to last for decades. Let’s hope that economic reality undermines their case more rapidly than political reality killed off the Jacobites.