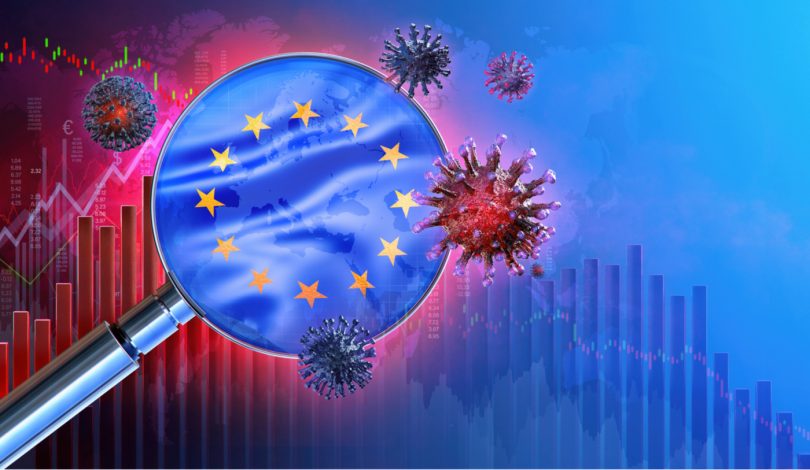 Brexit talks resumed this week with growing hopes that a trade deal can be done in time for the October EU summit. This follows speculation that the UK has softened its position after Boris Johnson was ‘shocked by a London School of Economics report suggesting that no deal would cost Britain up to three times more than coronavirus pandemic’. But I would be wary of believing everything you read in the papers – or even in academic studies.

The source for the claim about the relative costs is some smart calculations by Thomas Sampson, an Associate Professor at the LSE, which appeared in a blog last month. These were then included in the latest iteration of a briefing paper, What would no deal mean?, published last week by UK in a Changing Europe (a ‘knowledge hub’ funded by the ESRC).

In the words of this briefing, ‘our modelling with LSE of the impact of a no-deal Brexit suggests that the total cost to the UK economy over the longer term will be two to three times as large as that implied by the Bank of England’s forecast for the impact of Covid-19.’

So, what should we make of this?

Firstly, kudos to the authors for finding a novel and striking way of presenting old analysis. The coronavirus pandemic has of course led both to a global health crisis and an unprecedented economic slump. In the midst of this disaster, the suggestion that a no-deal Brexit could be several times worse is bound to grab the headlines.

But, secondly, the underlying analysis is nothing new. In a nutshell, the authors have simply extrapolated the Bank of England’s three-year forecasts for the economic impact of Covid and then compared them (in present value terms) to existing projections for the long-term economic impact of a no-deal Brexit over a horizon as long as 15 years.

This is a little bit dodgy – comparing apples and oranges over a long period when the impacts will be increasingly uncertain. Not everyone will appreciate the distinction between the economic impact of these two shocks in 2020-21 and the impact over the longer term, or the difference between an outright fall in GDP and smaller increases than might otherwise have happened.

What’s more, the answers obviously depend on the assumptions made. The UK in a Changing Europe briefing took its numbers for the long-term impact of a ‘no deal’ Brexit from work the group itself had published last year (The economic impact of Boris Johnson’s Brexit proposals, October 2019).

In his August blog, Dr Sampson used the figures from the cross-Whitehall ‘Long-term economic analysis’ of EU Exit, published nearly two years ago (November 2018, when Philip Hammond was Chancellor).

The results are therefore subject to the same criticisms as before. There’s a useful summary in a May 2020 report, Brexit delayed is Brexit denied, published by the Centre for Brexit Policy.

For example, the cross-Whitehall analysis relied on estimates of the costs of non-tariff barriers which looked far too high even then, let alone as forecasts for what they might be in future as technology continues to improve. That analysis also assumed that even a small increase in frictions has a huge impact on activity, so that these additional costs lead to a slump in the volume of UK-EU trade.

The numbers in the UK in a Changing Europe report should also be challenged. In particular, the presumed hit to GDP of ‘up to 8% over a decade, compared to EU membership’ relies on the assumption that the damage from a slump in UK-EU trade would be magnified by large knock-on effects on productivity.

It also assumes, in effect, that both this and future UK governments would adopt and persist with immigration policies which are economically damaging.

The report assumes too that the UK would miss out on future reductions in intra-EU trade costs, achieved through deeper integration within the single market. This is also highly speculative, as well as reflecting a distinctly rosy view of where the EU is heading.

In contrast, most estimates of the potential economic benefits of independent trade and regulatory policies are, in my view, implausibly low.

The cross-Whitehall analysis factored in a boost of just a few tenths of a percentage points of GDP from these two sources over a 15-year period. The UK in a Changing Europe report explicitly excluded any benefits from possible changes in trade barriers between the UK and countries outside the EU.

Frankly, even if all these results are backed by the most sophisticated econometric modelling, they fail the common-sense test.

Nonetheless, it is worth reiterating that almost everyone agrees that it would be better to end the transition period with a UK-EU trade deal than without one. Some conspiracy theorists are still peddling the idea that the Johnson government and its supporters would actually prefer a ‘no deal’ Brexit – whether for ideological reasons or even financial gain – but this really doesn’t stack up. Note that the Centre for Brexit Policy paper I cited earlier also made clear that exiting on WTO terms would be second best.

Instead, the real debate is whether a ‘no deal’ Brexit would be so damaging that it must be avoided at all costs – whether by accepting any deal that the EU would be willing to offer, or by extending the transition period even further. The counter-argument is that taking ‘no deal’ off the table would fatally undermine UK’s bargaining power.

The views of those who are more optimistic about Brexit are also often misrepresented when it comes to the implications of the pandemic. The key point here is not that the costs of a no-deal Brexit would be dwarfed by the impact of Covid (though in the short-term that is obviously true). Instead, it is that the pandemic itself would reduce some of these costs, and potentially increase some of the benefits.

For example, the introduction of new border controls would be less disruptive if a slump in economic activity, more home working and a preference for ‘staycations’ has reduced the volume of international trade and the numbers of tourists and business travellers. (To be fair, the UK in a Changing Europe briefing mentions some of these points, and others.)

I would add that the benefits of finally ending the uncertainty about the new UK-EU trade arrangements (one way or the other) may be greater too. Many businesses will be rebuilding supply chains that have been disrupted by Covid and already incurring costs in doing so. Knowing what is coming should avoid the need to rebuild these supply chains twice.

In summary, if the Prime Minister was indeed ‘shocked’ by the latest spin being put on some familiar analysis, then he shouldn’t have been. It would certainly be unwise to take any figures for the long-term economic impact of Brexit as gospel.

Julian Jessop is an independent economist with over thirty years of professional experience gained in the public sector, the City and consultancy. His interests include the UK economy and policy-making, health economics, labour markets, and asset pricing.

For other articles see https://julianhjessop.com/posts/