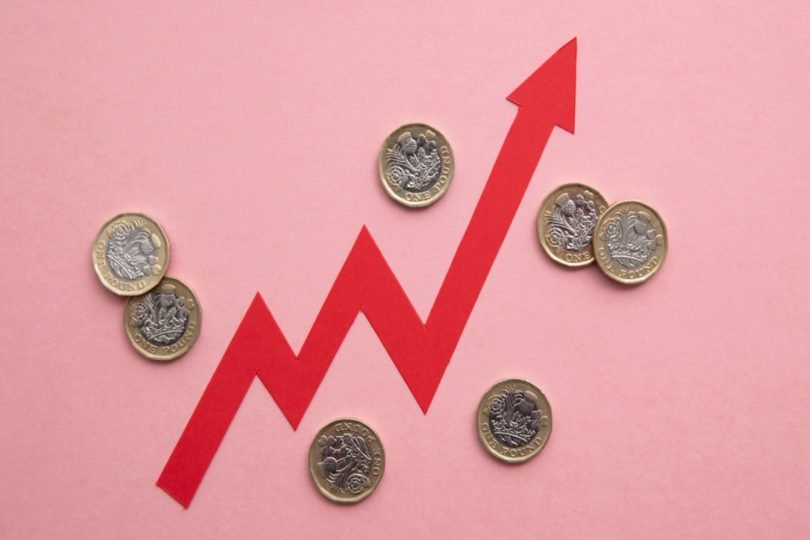 Inflation is not due to ‘tax cuts’, and Liz Truss is anyway mostly planning to limit increases. Reducing taxation cannot increase inflation, nor greatly reduce it. But it would have other benefits and should be undertaken urgently.

First, we should define ‘tax cut’ because some of Truss’s proposals are not really tax cuts, but simply not enacting Sunak’s planned tax increases, such as not increasing National Insurance and not increasing Corporation Tax. The only real tax cut I have heard her mention is removing the Green Levy of about £153 from the average energy bill which is a start but not as much as could or should be cut in that area. So, we are not talking about putting lottery winning amounts of money into the hands of consumers.

What causes inflation? Inflation is the result when increased money supply is coupled with a shortage or fundamentally limited supply of goods. Sunak has already increased the UK money supply by £450 billion to pay for the lockdowns which closed anything the Government considered to be non-essential manufacturing, distribution, retail, services and even some routine maintenance work. Sunak actions were carbon copies of those enacted by several other developed nations. Together this started the global inflation problems well over a year ago. By the way, countries such as Switzerland that didn’t increase their money supply by as much have much lower inflation – despite needing to import almost all of their oil and gas at the present inflated prices.

Some global shortages have continued due to China’s Zero Covid strategy which kept its main ports closed for months after the rest of the world reopened, while other supply reductions, such as oil and gas, have been part of a long-term plan to move the non-authoritarian world onto ‘alternative’ low grade/high-cost fuels. New oil and gas exploration, production, refineries, and pipelines have been slowly strangled by government regulation, ESG investment criteria and the threat of stranded assets after 2030 reducing project funding. This reduction in supply was exacerbated by the Russian invasion of Ukraine but Putin was not the main cause. He just saw an open goal. The Ukraine invasion also hit the price of some cereals and oil seeds that are large export crops for Ukraine, which is a swing producer in global commodity pricing.  The increase in oil and gas prices increased the cost of fertiliser and diesel for crop producers in other countries.  So how would the UK cutting £153 in green levies make inflation caused by an already bloated money supply and global shortages, worse?

The short answer is they wouldn’t. Tax cuts do not increase the money supply they simply change who gets to make the spending decisions: the great philosophical divide in this Prime Ministerial contest. There is an implied Treasury ‘received wisdom’ that governments would spend the money on sensible things which somehow won’t increase inflation whereas the population would spend their own money on frivolous items that will add to demand and force prices higher. Or that companies that no longer have to pay higher NI for their employees or higher corporation tax will squander the savings in dividends or fritter it away on research and development.

The underlying assumption in the Sunak camp is that the Government should always be in charge of the money – our money. Even their rather crazy fuel taxes where the government is charging the population 5% VAT on household fuel (about £94 with an energy price cap of £1971) and then giving all households a £400 grant towards their energy bills. Heh? Surely this counts as a frivolous use of taxpayers money? But instead, Sunak claims that dropping the Green Levy of £153 from energy bills would be inflationary while his £400 grant apparently won’t be.

Sunak claims that his 25% windfall tax on oil and gas companies will pay for the energy grant. However, when a shortage of oil and gas is contributing to inflation, we should be encouraging oil and gas producers to produce as much oil and gas as they can – not taxing them extra for having the audacity to have been in the right industry at the right time. UK wheat farmers have also lucked out this year with inflated prices. Defra expects the income of cereal farms to increase by 51% in 2021/22 over the year earlier. Should they also be hit with a windfall tax to help subsidise bread purchases?

Dropping both the 5% VAT and the Green Levy would save the average household £247 as well as save companies the costs of collecting the money and save the government the cost of handing it back again in a grant. This is surely the more conservative way to help people pay their energy bills: not taxing them in the first place.

The economy is like any manufacturing process – there is a maximising point where you get the most output for the least inputs. In taxation this is described by the Laffer Curve which shows the maximizing point for tax collection. In the UK we have many real-life examples of how overly high taxation lowers economic activity and discourages people from working.

The other problem with the Sunak’s argument is that many of the supply chain issues that helped accelerate inflation are being fixed. In some cases, the supply chains are so ‘fixed’ that there will soon be gluts of products caused by the inflated prices: for example, silicon chips whose shortage last year prevented the production of most new cars, and consequently pushed up the price of second-hand cars. Now silicon chips are readily available for new car production again, so the price of second-hand cars has started to fall. This is not the time to be stifling consumption and businesses with tax hikes.

But the main area of price increases globally has been an increase in fuel prices and some commodity prices hit not only by the reduction in Ukrainian supply but also by high fertilizer and diesel prices. High fuel costs hit most parts of the economy and add to the cost of every stage of production because energy is the forgotten primary foundation to all economics, especially highly complex industrial ones: manufacturing either as an input or as a heat source; construction materials; transport and distribution; even services need electricity which is mainly made using gas in the UK for unavoidable reasons of inconsistence wind and more general thermodynamics.

But luckily commodity prices are beginning to come down. The Commodity Research Bureau (CRB) Index, which was bouncing between 170 and 200 pre pandemic, dropped to a low of 112 in April 2020 during the first lockdown but has risen steadily since then, hitting a high of 352 in early June 2022 (it has been much higher and was over 450 in 2008). The Index has now dropped to around 300. The fall in commodity prices started in June as the value of the US dollar increased relative to other currencies after US interest rates were increased by 75 basis points. The Fed is expected to increase interest rates by another 75 basis points at next week’s meeting. As most commodity production is outside the US, producer profit margins can remain the same even though prices in US dollars start to fall. Despite the media rhetoric, most commodity producers don’t want to see demand destruction due to excessively high prices and so lower their prices when they can, to retain or increase their market share.

There is an argument that tax cuts would cause the government to borrow more money to pay for the services it provides, but this is also not necessarily so, as the Office for Budget Responsibility seems to have been overly pessimistic in its predictions for government borrowing in 2021/22. They now admit that they were out by a mere £131.2 billion since the Budget in March 2021.  The Centre for Economic Research (CEBR), a macro-economic consultancy, also thinks that the UK will have about £60 billion more than the OBR’s predictions for 2024/25.

The Institute of Fiscal Studies also agrees that there will be a £30 billion surplus in the budget, although they also claim that Truss’s tax ‘non-increases’ would cost slightly more than this and believe that the budget surplus should be saved for an emergency. There are expected to be 8 million people living in fuel poverty in the UK this winter – exactly what kind of emergency are they waiting for?