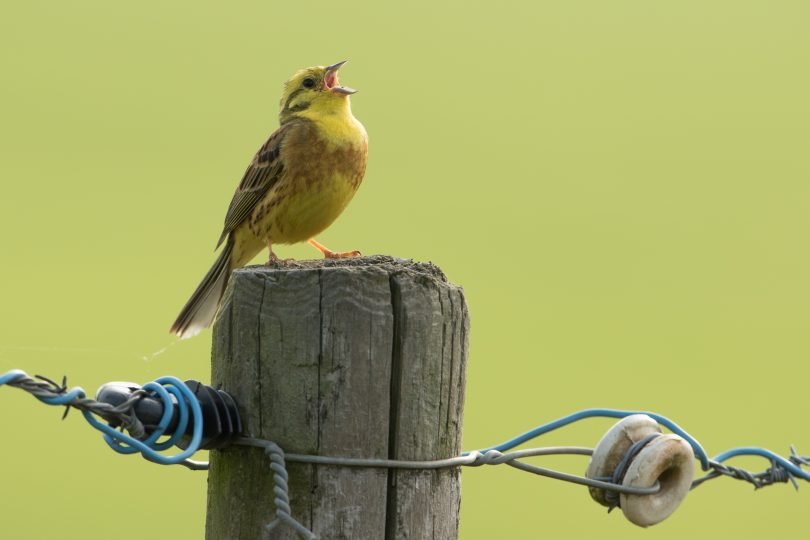 In this article, based on one first published on the Spectator Coffee House website, Graham Gudgin argues that the Government’s Yellowhammer document contained a series of scare stories based on highly improbable assumptions. He suggests that we should it ignore it. Others fear that the damage has been done but voters have a record of ignoring project fear scare stories.

The Government’s Yellowhammer report on planning assumptions for Brexit will go down in history as a key document in the struggle to achieve Brexit. Farcically, it is not a statement of government policy and probably does not reflect the views of government. It is, rather, a piece of civil service advice, commissioned by we know not who, and compiled we know not where. It presumably refers to a no deal Brexit but does not say so explicitly. There is no mention of the Government’s intention to achieve a Brexit deal by Halloween.

What is most striking is the almost complete absence of evidence. What these ‘worst-case’ planning assumptions are based upon is not vouchsafed to us. The document has all the hallmarks of an internal memo. It lacks the context and signposts to make it comprehensible to senior ministers or the public. The title ‘HMG Reasonable Worst-Case Planning Assumptions’ does not make it clear whether these assumptions are proposals or have been adopted by government. The fact that the government intends to issue a new document suggests the former, but we are left in the dark.

It is not even clear whether the title refers only to the opening section of the paper or to the entire document. Nor is there any clarity on what is meant by ‘worst-case’. The document is silent on whether these are unlikely events for which any responsible government has to prepare. The government presumably has plans for dealing with all sorts of unlikely events including asteroid strikes, hurricanes or tsunamis. An earlier version of the document leaked to the Times suggests that the assumptions were more central than worst-case, but none of this is clear in the version published yesterday.

Yellowhammer is full of ‘woulds’ and ‘coulds’ but also contains some more confident predictions that things ‘will’ happen. The latter include a confident prediction that companies’ preparedness for no deal on October 31st will deteriorate between now and then. This is simply unknowable and can obviously be countered by official awareness campaigns but there is no mention of this.

After eight opening paragraphs in this vein the document moves on to what is termed ‘Key Planning Assumptions’. This section starts by pointing out that November 1st is unhelpfully a Friday with no reference to the possibility of declaring this a bank holiday to give a long weekend to try out new arrangements.

In a chink of light, the document does say that ‘France has built infrastructure and IT system (sic) to manage and process customs declarations and support a risk-based control regime’. It omits any mention of claims by Calais port and the regional President, Yves Bertrand, that Calais is prepared for a no deal Brexit. Such preparedness is then ignored and the documents gets to what it considers the nub of the issue: ‘ on day 1 between 50-85% HGVs travelling via the short Calais straights may not be ready for French customs… which could reduce the flow rate to 40-60% of current levels as unready vehicles will fill the ports and block flow’.

The worst disruption could then last for up to 3 months. After that improvements may only reach a maximum of 70% of current levels as hauliers become more prepared. There is no mention here of French intransigence – but only the lack of preparation of UK hauliers. Firms could, the document opines, face delays of up to 2.5 days with additional difficulties in returning to the UK. Despite this horrendous loss of income, the logistics firms will it seems still be extremely slow in getting their act together on customs.

French customs have for months been handing out leaflets on customs requirements to drivers, but it seems that we must assume a worst case in which most of this advice is ignored. Nor apparently should we assume that HMG could manage even this worst case by conducting its own document checks outside Dover. Apparently, the worst case is that HMG would simply sit back and watch the chaos unfold. The mind boggles.

What will all of this unmanaged chaos do to UK supplies. The prediction is that ‘with significant disruption lasting for up to six months [if unmitigated] this will have an impact on the supply of medicines and medical supplies… any disruption to medicines for UK veterinary use would reduces our ability to prevent and control disease…. certain types of fresh food supplies would decrease’.

All of these apocalyptic scenarios have of course been enthusiastically broadcast by the press and media but what do they really amount to? Apparently if our logistics firms transporting to the continent find themselves unable to deal with French customs forms for six months or more, and HMG finds itself quite unable to deal with this unlikely situation in any practical manner, queues will build up at Dover and perhaps other RoRo ports in Kent. Well yes indeed. However, the report does quietly admit that other ports are prepared.

It does not point out that Dover is only the UK’s ninth largest port importing only 5% of UK imports. Nor is there any speculation on how hauliers may switch to other routes to avoid congestion at Calais (which is precisely what the Calais port authorities fear). Nor is there any mention of precautions already taken by foreign producers who will wish to protect their UK markets. The Danish producer of most insulin for the UK for instance says on its website that it has six months supply ready for no deal.

The report is yet another horrendous example of project fear whether intentional or not. It conjures up a serious of lurid scenarios which are both unlikely to happen and if they did could be managed with straightforward control measures. No account is taken of firms taking elementary precautions to protect their markets and profits. It is not even comprehensive. No mention is made of just-in- time manufacturers or of the need to cull cows in Northern Ireland. In short, this is a poor-quality report written in a way that would obviously cause maximum unease and of it was course leaked. We should ignore it. Some will respond that the damage to public opinion has already been done. This may be so but a large proportion of the UK electorate know exaggeration when then see it and are just as likely to discount this scare story as they were the exaggerated Treasury scare stories during the referendum campaign.