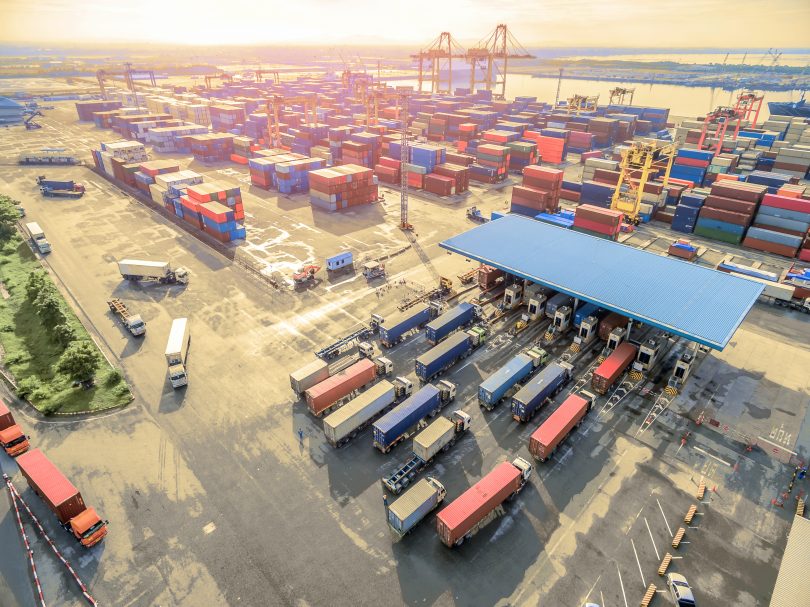 In this article, an extended version of a piece which first appeared on Brexit Central, independent economist Julian Jessop assesses the recent Yellowhammer document. He says that the gloomiest warnings depend on some very pessimistic assumptions about the impacts on cross-Channel trade, and the ability to mitigate them. Words like ‘may’, ‘might’, ‘could’ and ‘up to’ have to do an awful lot of work.

After a lot of hype, the Operation Yellowhammer briefing has surely failed to live up to the hysterical headlines. The published report appears to be an honest attempt, albeit flawed, to identify the potential risks of a no-deal Brexit, in order that the government can prepare for and minimise them. But as such, it does not remotely justify the Project Fear claims that ‘crashing out of the EU’ would inevitably lead to ‘shortages of food, medicines and fuel’.

For a start, the briefing is a list of things that might go wrong, for the purposes of contingency planning, not predictions or forecasts of what will actually happen. To underline this, the published version refers to ‘reasonable worst case planning assumptions’.

This particular wording does appear to be a change from the version leaked earlier, which included the sub-heading ‘base scenario’. The former head of the civil service, Bob Kerslake, has been drafted in to suggest that this means the risks described are those which are most likely to materialise. But it’s actually not clear whether that sub-heading referred to the whole document, or just to the technical definition of a no-deal Brexit in the bullets that followed.

Either way, this isn’t the ‘gotcha’ moment some would like to believe. The Yellowhammer briefing still says practically nothing about the probabilities attached to the risks that it identifies, or, crucially, what actions could still be taken to mitigate them. It therefore provides, at best, only part of the picture. Looking at the document as a whole, ‘reasonable worst case’ does seem far more accurate than ‘base scenario’, or ‘base case’, with some assumptions actually looking pretty unreasonable.

Indeed, it is important to understand what risk assessments are, and what they are not. For example, the Bank of England published its own no-deal study in November last year, which incorporated falls in GDP of 8-10%. At the time the usual suspects were also quick to interpret this report as the Bank’s own ‘predictions’, with headlines warning that the economic fallout from a no-deal Brexit ‘would be worse than the 2008 crisis’.

However, in the words of the Bank itself, ‘this analysis includes scenarios not forecasts’. Bank economists deliberately chose extreme assumptions to produce worst case numbers, mainly for the purpose of stress testing the financial system. The civil servants who compiled Yellowhammer may not have gone quite this far, but many of the assumptions in their report seem equally implausible.

The Yellowhammer report is also already looking stale. A lot has been made of the fact that it is dated as recently as 2nd August. But the bulk of the analysis will have been done well before then, and under a government whose commitment to no-deal planning was clearly lukewarm. Paradoxically, Amber Rudd’s parting shot that the new government is now spending 80-90% of its time preparing for ‘no deal’ is rather reassuring here.

Indeed, some of the dodgiest analysis concerns the degree of preparedness. The report simply asserts, contrary to other evidence, that ‘public and business readiness for a no-deal will remain at a low level, and will decrease…‘. It also refers to ‘EU Exit fatigue, due to the second extension of Article 50, which will limit the effective impact of current preparedness communication’.

But since this was written, the government has launched a major campaign to help and encourage everyone to ‘Get Ready for Brexit’. As Graham Gudgin has pointed out here and here, it is implausible that the likes of haulage companies are not already well aware of the risks to their businesses, and just as implausible that even those who are not ready now will fail to adapt quickly if we do indeed leave without a deal.

The section on Ireland provides another illustration. The document notes that the ‘agri-food sector will be the hardest hit’. But there is now growing support for an all-Ireland regime for agri-foods, which could, in principle, be the subject of another reciprocal ‘mini-deal’, even in the absence of a comprehensive Withdrawal Agreement.

The UK government could also still go further. One interesting proposal is to make it an offence under UK law to export any good to the EU that fails to meet EU standards. Combined with the clear political commitment not to erect a hard border on the UK side, this would punt the problem right back to the EU, which is arguably where it belongs in the first place.

The Yellowhammer document also includes several statements of the bleeding obvious that add very little. Remainers have seized on the one-liner that ‘low income groups will be disproportionately affected by any price rises in food and fuel’. Equally, though, these groups would disproportionately benefit from any reductions in the prices of food and fuel.

The most important factor determining the impact on headline inflation will be what happens to the pound. Yellowhammer is (wisely) silent on this. It would, of course, be daft to place too much weight on a currency forecast – in either direction. But given how much bad news is already priced in, I would not be surprised to see sterling recover even in the weeks following a ‘no deal’ exit. This would actually lower the prices of imports, including food and fuel.

Above all, the gloomiest warnings depend on some very pessimistic assumptions about the impacts on cross-Channel trade, and the ability to mitigate them. Here, in particular, words like ‘may’, ‘might’, ‘could’ and ‘up to’ have to do an awful lot of work. The report does at least accept that ‘analysis to date has suggested a low risk of significant sustained queues at ports outside of Kent which have high volumes of EU traffic.’ But Yellowhammer’s assessment of the degree of preparedness elsewhere, notably Calais, is well behind the game.

Other parts of the report are highly speculative. For example, it is suggested that ‘a rapid SEM [Single Electricity Market] split could occur months or years after EU Exit’, which could lead to ‘significant electricity price increases’. But why? There is no reason to expect this. Similarly, there’s a section on the risk to the adult social care market from ‘an increase in inflation following EU exit’. Again, why? Is inflation really the biggest issue in this sector?

I also wonder how many people who are parroting the warnings about petrol shortages have looked at the flimsy basis for these headlines. The point here is that the UK is planning to reduce tariffs unilaterally on some imported fuels in the event of no deal, which would lower the costs to consumers. That sounds like good news to me.

Nonetheless, the industry lobby, UKPIA, has done a great job of pushing the protectionist argument that cheaper imports might drive some domestic refiners out of business. Indeed, this is apparently the subject of paragraph 15 of the Yellowhammer report, which was redacted for reasons of commercial sensitivity.

However, tariffs on fuels are very low to begin with, and many are already zero. If it is true that even a marginal change in business conditions would be enough to tip some refiners over the edge, wouldn’t we still be better off with imports which are both cheaper and from sources which may actually be more secure? And if we really couldn’t do without domestic producers, wouldn’t it be easy to decide (even now) just to leave tariffs where they are?

You also have to wonder why so many people think it beyond our ability to fast track imports of essential medicines, including by air, even if there are significant delays at Channel ports. Of course, it’s the duty of doctors to raise concerns about the risks to patients if particular drugs are in short supply. But a medical background does not make you an expert in cross-border logistics. As even Brexit pessimists like Jonathan Portes have acknowledged, the obvious importance of getting this right also means that the Department of Health will be all over this.

Overall, then, the Yellowhammer report is not the smoking gun which proves that even the government thinks a no-deal Brexit would be a disaster. Opponents of any form of Brexit will make the most of it, but no-one should think it describes what would actually be likely to happen, especially now that no-deal preparations are being taken much more seriously.

Julian Jessop was formerly Chief Economist at the Institute for Economic Affairs. He is now working independently and is a member of the IEA’s Academic Advisory Council.