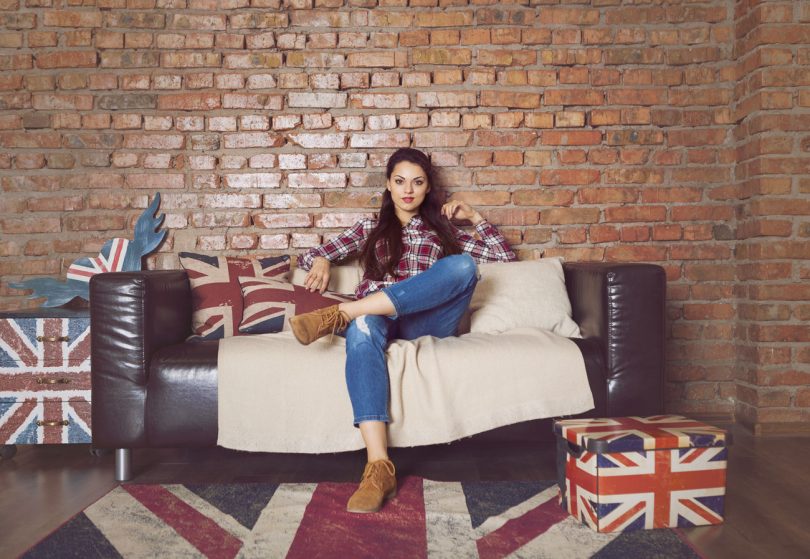 Why did young Remainers vote the way they did? Most voted for the same reasons that they accuse the white working classes of voting Leave: economic self-interest and an attachment to the values of the culture in which they were brought up. Well-educated young people who live in London and the South East were particularly vulnerable to ‘Project Fear’. They may not have thought about the EU much before the referendum, but they equate Remain politics with common sense.

Any university-educated person in their early twenties will remember their Facebook newsfeed on 24 June 2016. Grief, anger and anxiety abounded. There were accusations that the older generation had ‘stolen our future’ and declarations that the result had made the poster embarrassed to be British. The more light-hearted sought partners for marriages of passport-related convenience, and one or two declared their delight in discovering they might have an Irish relative. Anyone who posting in favour of Brexit risked being widely ‘unfriended’. The homogeneity seemed total.

Analysis suggests that 70–75% of young people 18-25 year olds who voted in the referendum voted Remain (although turnout was probably below the national average). Why did these young Remainers vote the way they did? Most voted Remain for the same reasons that they accuse the white working classes of voting leave: economic self-interest and an attachment to the values of the culture in which they were brought up. This rather mercenary justification has been afforded an air of deeper moral authority than it deserves through the efforts of smaller vanguard composed of more ideological – and anti-democratic – young Remainers.

The economic concerns your average young Remainer are not unreasonable; we are faced with a housing crisis and may, to quote a modern commonplace, be the first generation to have a lower standard of living than our parents. Well-educated young people who live in London and the South East were particularly vulnerable to ‘Project Fear’ predictions of job and revenue losses in the City of London. These ‘worried remainers’ have generally accepted the result of the Brexit referendum, and are now focussed on getting the best deal possible; under the continued influence of Treasury predictions, they assume that this means staying in the Single Market, and generally changing as little about our relationship with the EU as possible. They have spent their youth going inter-railing on the continent, or heading to Spain for a cheap and cheerful booze-up, and have friends who have benefited from programmes such as Erasmus. They may not have thought about the EU much before the referendum, but their instinct is that it is a good thing. They equate Remain politics with common sense.

This complacency is encouraged by the other, more hardline, breed of young Remainer: the social justice warrior, as they are sometimes known – a term which confers more authority on their anti-democratic arguments than it should.
The extreme form of this vanguard can be seen in action on the various social justice Facebook groups which have sprung up in the last few years. All posts and comments on such groups must be within the ‘house rules’ or members face being removed from the group its small band of hyper-vigilant administrators. That there is something of the revolutionary vanguard is obvious.

Posts on such groups will be prefaced with ‘Content notes’ or ‘Trigger Warnings’; the idea is that you can read these notes and then you don’t have to read the rest of the post if it is on a topic which is particularly upsetting to you. The idea is reasonable enough, and can work in some circumstances.

This is the phenomenon which has been labelled (perhaps unhelpfully) as the rise of the ‘Stepford students’, by Brendan O’Neill and a number of other centre-right journalists. Terms such as ‘call out’, ‘content note’ and ‘trigger’ are often not well understood by those over the age of 25; this means refutations by older journalists can be easily written off ‘just not getting it’. The mission for social justice for the vulnerable groups must trump the right for the privileged, and in particular white, straight men, to air their ill-thought-through views. Taking away the chance for these views to be heard is not an infringement of liberty, but rather of creating a world in which the politically disenfranchised are finally liberated by being given the voice they deserve.

This all sounds very admirable, and certainly ‘safe space’ on- and off-line groups do valuable services to a number of people. However, they also encourage a certain way of thinking. They create their own in and out groups, and it is not always those that are intended. The language is one in which you have to be indoctrinated, encouraging its own form of educational elitism. The cry used against those who question the rule is ‘go educate yourself’: clearly you have not read enough to see our obvious truth.

It’s a pernicious language game that entraps you within it. To bring up a question which is considered settled, for example the question of immigration policy, is viewed as very suspect. Why talk about this? Doesn’t that very conversation put psychological pressure on the vulnerable, such as people of different races whose relatives were victimised as outsiders?

Yet there are discussions about immigration which are not racist. Why, for instance, is the EU is treated as the paragon of virtuous immigration policy despite its free movement being limited to the largely white inhabitants of one of the historically richest areas of the world? Concern is often expressed about the European refugee crisis; concern is rarely, if ever, expressed for Syrians in Lebanon, Jordan, Turkey, or for refugees like those from South Sudan or the Democratic Republic of Congo. And need talk of failures of integration be racist? Often those immigrate to Britain want to integrate but do not have enough governmental support to succeed in learning the language as well as they want.

Fundamentally, this is a question about where political authority resides. Here it lies with an aggressive vanguard with a dogmatic view of good and evil. There is no point entering a discussion on topics like Brexit on which the view is already decided; you would merely be lining yourself up for arguments and ridicule. Thus the vanguard never see Brexit arguments; who’d bother arguing with them? And nor do the moderates, who move in the same circles of the vanguard, and whose environment and moral sensibility is shaped by them.

The young Brexit voter will have noticed this anti-democratic phenomenon not just online, but also in face-to-face interactions. In a group of young, well-educated people, it is the norm for Brexit to be bemoaned and jokes to be made without concern for the possible feelings of Leave supporters. There is no need to ask how anyone in the charmed circles of the university-educated young voted: we’re all Remainers here, of course.

When you sit down amongst friends or for a quiet one-on-one drink, however, and take the risk of mentioning that you think Brexit may not be as bad as everyone is making out, a very different story emerges. Shy Brexiteers can be found coming out of the woodwork of every bar and cafe. Delighted to have found someone who doesn’t immediately disdain their convictions, they will talk delightedly in hushed tones, eager to explain their thinking and pointing out the hypocrisy of the vanguard and its allies.

One of the Brexit voters I have had such quiet chats with, who grew up on a council estate, expressed their frustration with being told by middle class students what should be done to make ‘working class people’ comfortable. One, who cares for a mentally-ill father, worked a low-skill job in the holidays to pay bills and became disillusioned with immigration realising that they could not talk to any of their co-workers, who did not speak English. One, from a non-EU country and – to use the millennial lingo – a ‘person of colour’, voted hoping that post-Brexit Britain would have an immigration policy which allowed people from outside ‘fortress Europe’ to enter more easily. One was a hairdresser, who expressed admiration for Swiss direct democracy. These people were not racist, sexist or stupid. Their arguments – not all of which I agreed with – were cogent, interesting and well-informed. But these are not arguments they feel able to make in public, because Brexit is too widely written off as the preserve of the malicious and stupid.

This conspiratorial but spirited form of political discussion has something of the feel of being a Jacobite in eighteenth-century England. Except the shy young Brexiteer has not chosen a hopeless cause; it is their cause which won a referendum and which holds the reins of power. The political process to leave the EU carries on in Westminster. And yet open discussion of Brexit amongst the young, which will certainly shape their future, continues to be dominated by those whose only contribution is to decry Brexit as inherently and inevitably racist, sexist and, to put it bluntly, evil. Brexiteers and moderates are silenced in the sphere of the social, while extreme young Remainers – the true Jacobites – continue refighting a political battle that has already been lost. Whatever you think of Brexit, there must be a better way to conduct political discussion.

The author is a PhD student at a Russell Group university, who prefers not to be identified.
The editors agree with, and indeed encourage, this decision, as they are regretfully conscious that young academics who share the views of the majority of their fellow citizens may prejudice their future academic careers.