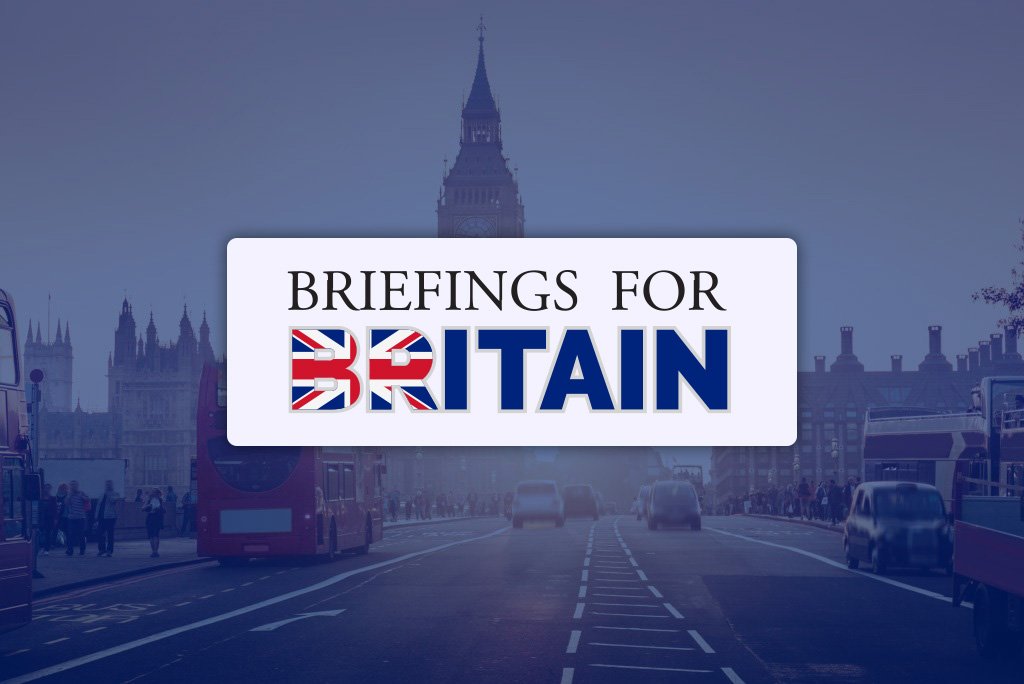 When the United Kingdom leaves the European Union on 31 January 2020, the tortuous process of ‘Brexit’, which began with a clear democratic mandate in 2016, comes to an end.  The decision has been confirmed by a succession of popular votes, and is now law.  Democracy has been upheld, the legitimacy of our system of government has been restored, and our independence as a nation reaffirmed.  The struggle has been far longer and far dirtier than any of us could have imagined.

Our little group is changing its name to reflect the changed circumstances, but not ending its activities, for the process of transforming our relationship with the EU is not yet complete.  We shall now become ‘Briefings for Britain’.

Since we began almost exactly two years ago, we have aimed to provide well researched expert briefings on key issues.  But, amid the turmoil of the last three years, we had to become in part a campaigning organization, sometimes supporting and sometimes strongly opposing the policy of the government and the actions of parliament.

But now we have a government and a parliament in which we have high hopes that they are resolute and able to do what they have promised.  Our intention is to support the government in its stated aims by continuing to produce the best quality analyses to inform debate as the country navigates the next phase.  These analyses may be fewer in number, and we trust less vehement in tone.  But we still intend to make them accessible and clear, for both politicians and the public.

We aim to continue this activity throughout the ‘transition period’ until the end of 2020.  We shall be concentrating on trade, the economy, security, legal issues, foreign policy, and any other issue concerning the future of the country that arises from our leaving the EU.

As before, although we have a core of regular contributors, we welcome articles by all who have specialist knowledge and experience.

We are an independent group whose small operating costs are met by public donations.

There is a prevailing media view that all sensible and informed people oppose Brexit. It has even become quite commonplace to associate support for Brexit with low levels of education and intellect, and to claim that reason and thought inevitably lead to an anti-Brexit view. This is simply not true. Moreover, it is divisive and tends to undermine democratic legitimacy. Our aim is to provide a platform for informed analysis and for the expression of opinion which believes that the future welfare of Britain and Europe require that the choice made in the Referendum should be fully and positively carried out.

Most of the founders of this initiative voted for the UK to leave the EU. Our reasons for doing so are not identical and we come from different parts of the political spectrum. However, what has brought us together is a firm conviction that Brexit is about reasserting popular control over decision-making in the United Kingdom. We do not think control is a fantasy or a dream. Nor do we think it is worth sacrificing in exchange for EU membership. We believe not in the sovereignty of governments, which EU membership props up all too well, or of supra-national bodies, but in the sovereignty of the people. After a considerable amount of economic analysis we also do not feel that leaving the EU will be economically damaging, even though a degree of short-term disruption may well be involved.

We call ourselves ‘Briefings for Britain’ because we aim to provide factual evidence and reasoned arguments. We believe that the people of Britain are fully capable of assessing information which is explained clearly and simply, and the spirit of this platform is to encourage debate and discussion. Groupthink and intellectual consensus characterizes the current debate around Brexit in the UK and abroad and our aim is to change this.